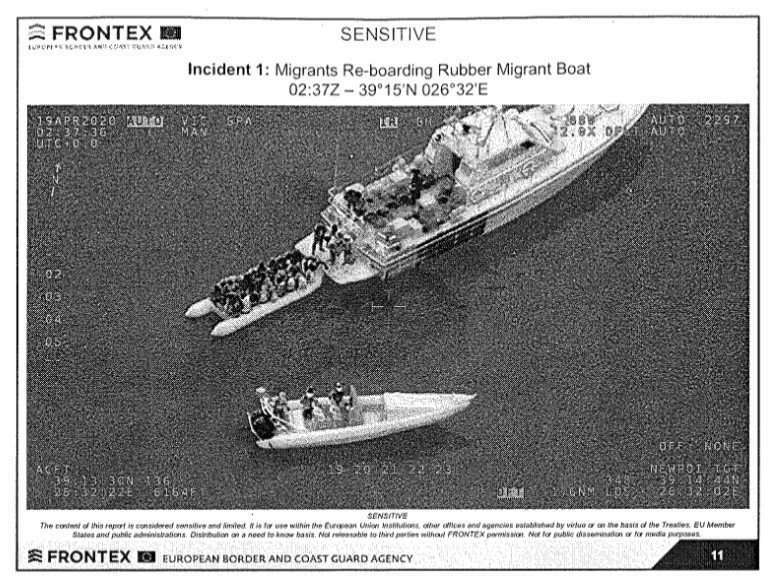 According to the evidence published by the German newspaper Die Spiegel, Fabrice Leggeri – the head of the European agency FRONTEX (European Border and Coast Guard Agency) – was aware of the repatriations taking place at sea by Greek coast guard boats.Nevertheless, he decided to conceal what was happening at the southeastern border of Europe.

Not only that: the man in charge of Frontex would also have known that in some cases the Greeks might have sent back to the sea refugees who had already landed on the coasts of the islands closest to Turkey. If proven, this would be in violation of the refugee regulations of the European Union and of the international principle of non-refoulement. The whole affair is being investigated by the European anti-fraud authority ‘OLAF‘, which is responsible for conducting enquiries even when European officials fail to comply with EU regulations. The committee of the European Parliament, which is supposed to supervise Frontex, is also aware of the investigation.

FRONTEX had been at the center of harsh critiques earlier this year, as reported in our in-depth analysis: the border control agency is accused by several NGOs of having a complacent approach to the repatriation of migrants, and its new mandate and staggering budget has received a skeptical welcome.

Read the article that started it all on Die Spiegel.

Cover image from the Italian website Open, which also reported the news (read the article there for free).