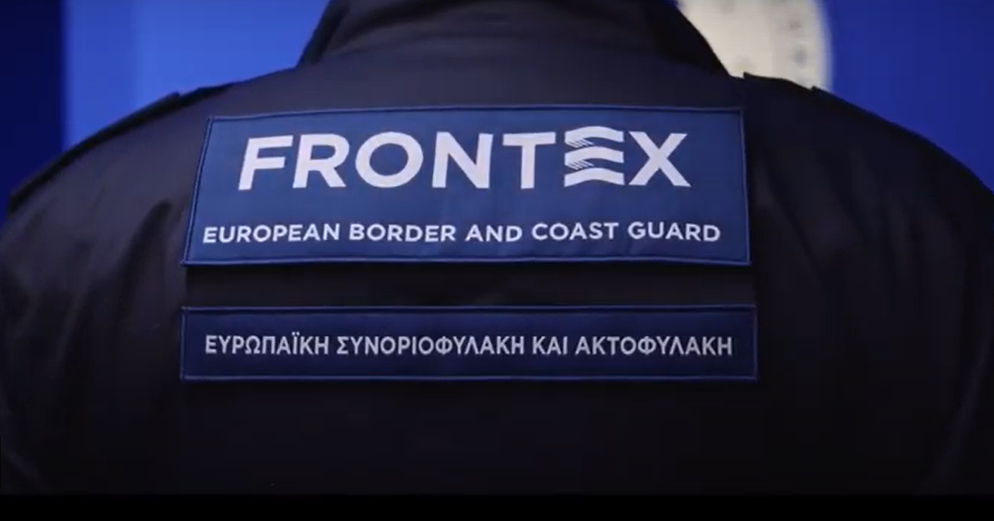 Frontex, the European Border and Coast Guard Agency, is often the talk of the town. The agency, founded in 2004 and based in Warsaw, ‘helps – as its website states – EU countries and countries associated with the Schengen area to manage their external borders, it also contributes to the harmonisation of border controls throughout the EU and cooperation between the border authorities of individual EU countries by providing technical assistance and know-how’.

Frontex has often been criticised. In 2021, 22 NGOs demanded for Member States to stop funding the Frontex border police force and to invest the resources in a search and rescue programme in the Mediterranean Sea. The budget for Frontex has been increasing every year. In 2021 Frontex, with its 1,500 employees, could count on a budget of 543million euros (it was 460 in 2020), while another 140million euros were allocated for the construction of the agency’s new headquarters in Warsaw, which is due to open in 2026.

Its missions, its mandates

WHO DOES WHAT: Who says no to FRONTEX?

FOCUS 1:a plan for Senegal

FOCUS 2: a court case against FRONTEX

More than 2 thousand military personnel were deployed at the end of 2021 at the external borders of the European Union (and beyond) by Frontex. The year 2021 was described by the Agency as “a revolutionary year for Frontex and the European Coast and Border Guard”.

In its report on 2021, the European Agency reported that more than 17,000 people returned to their countries with Frontex’s support, and more than 1,000 smugglers were identified in the twelve months. In addition, in 2021, the first permanent corps officers were deployed to the EU’s external borders, 19 operations were managed, and ‘significant results were achieved in the fight against cross-border crime, as well as supporting Member States with border management’.

The permanent corps officers, from almost all European countries, were tested in various contexts. They have worked on the south-eastern border of Finland and responded to “hybrid threats on the eastern borders”, assisted with evacuations from Afghanistan in Georgia and border management in Cyprus. In 2021 Frontex then started deploying a new profile within the permanent European Border and Coast Guard corps: they are officers tasked with the forced return escort and support of such operations. Their main task is to accompany persons who have been returned by national authorities and to identify and assist vulnerable groups or families with children.

Its missions and mandates

Frontex is in charge of three EU operations in Italy, Spain and Greece, patrolling borders and combating illegal trafficking in migrants, arms and drugs. It also has an active mission outside the EU in the Western Balkans where, under agreements signed with Albania, Montenegro, Serbia, Bosnia and Herzegovina and North Macedonia, the EU carries out border controls with the aim of combating illegal trafficking in goods and people.

In February 2022, the Agency launched a new operation at the external land border. The mission – Joint Operation Terra 2022 – will take place in 12 EU Member States and will cover 62 border crossing points. In total, more than 450 permanent corps officers from 28 EU and Schengen countries will support national authorities in border management.

“The European Union,” reads the communiqué, “has thousands of kilometres of land borders. The objective of the operation is to strengthen border control at the EU’s land borders, to assist countries in fighting cross-border crime and to strengthen the EU’s internal security.”

The officers of the permanent corps will mainly focus on border surveillance, border controls and assistance in detecting fraudulent documents. They will also support host countries in collecting information on human trafficking and migration networks and identify vulnerable groups. The officers will work alongside their national colleagues and under the command of the host country authorities. The agency will also deploy patrol cars and thermal imaging vehicles to support their work.

WHO DOES WHAT: Who says no to FRONTEX?

The association Migrant Solidarity Network collected 62,000 signatures to hold a referendum “against the financing of the (European) border protection agency Frontex” in Switzerland in 2021. The signatures were delivered on 20 January 2021 to the Federal Chancellery in Bern.

The referendum opposes Switzerland’s support for the new Frontex regulation, which aims to facilitate the repatriation of illegal migrants. The country’s financial contribution to the European agency, which was approved by parliament, is to be increased from 24 million francs in 2021 to 61 million in 2027.

The Swiss minister responsible for justice and home affairs, Karin Keller-Sutter, told European interior ministers that the vote would affect Switzerland’s accession to the Schengen area. “If there is a no-vote on Frontex, it is clear that we will have to leave the Schengen-Dublin area.” In case of a vote against Frontex, Switzerland and the other Schengen member states will still have 90 days to find a common solution, potentially preventing a Swiss “Schexit”.

Meanwhile, a hearing on Frontex’s involvement in refoulements will take place in the Belgian parliament on 22 February 2022. Various civil society actors will be heard during the hearing, including Amnesty International, Refugee Support Aegean, the Center for European Policy Studies (CEPS) and the UN Special Rapporteur on the rights of migrants.

FOCUS 1 - A plan for Senegal

The European Commission is working on a plan to send EU agents to Senegal to guard the country’s borders and prevent the illegal departure of migrants. The first public announcement of the plan came at a press conference at the end of an official visit to Senegal by several EU Commissioners, including President Ursula von der Leyen in February 2022.

With this kind of cooperation, coastguard and border guard personnel could intervene, for the first time, at the borders of an African country. “We could also deploy surveillance means and equipment,” said Commissioner Ylva Johansson, specifying what the EU is ready to offer to intensify the control of illegal migration. “Senegal would be an excellent partner for this cooperation with Frontex outside Europe,” the EU representative concluded.

FOCUS 2 - a court case against FRONTEX

The organisations Front-lex, Progress Lawyers Network and Greek Helsinki Monitor took legal action against the Agency in the European Court of Justice for the first time on 25 May 2021. The case was filed on behalf of two Syrian asylum seekers (an unaccompanied minor and a woman) who were seeking asylum on EU territory on the island of Lesbos in Greece.

Evidence of other unjustified refoulements during their attempts to seek protection in the EU is also included in the charges against Frontex. Front-lex and the team of lawyers who filed the lawsuit argue that Frontex is responsible, as “the Agency should play a role in the regular monitoring of the management of the external borders, including the respect of fundamental rights”.