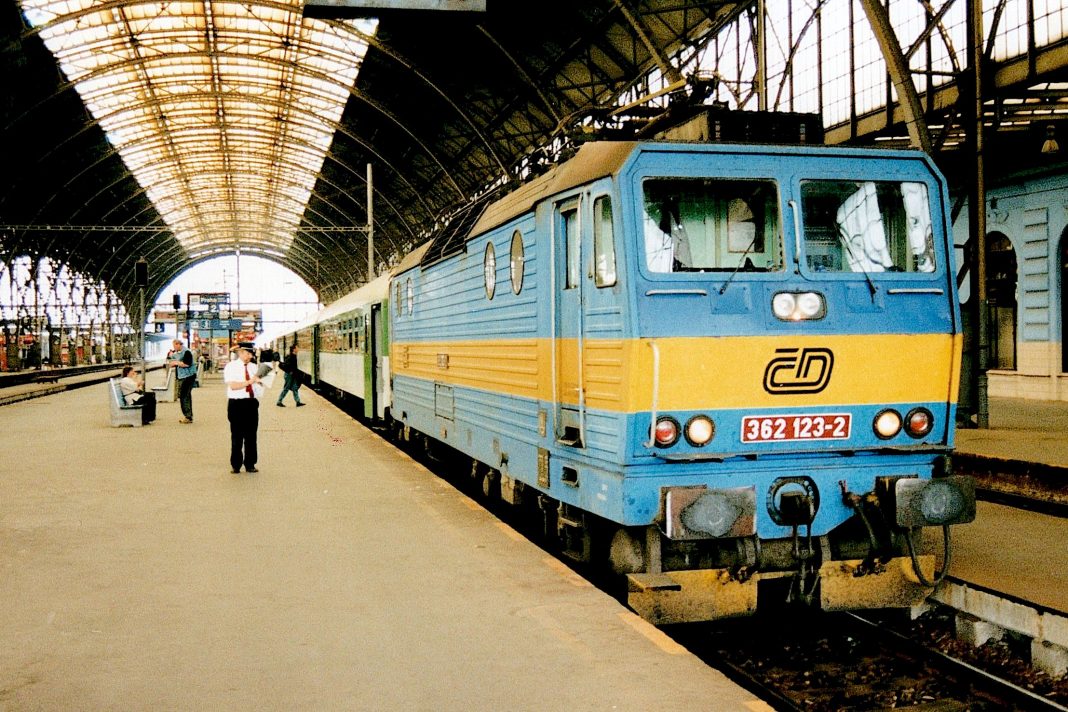 By Robert Tait* – The Guardian

Prague’s central railway station seems a picture of normality amid warm spring sunshine and the return of legions of tourists, who had been largely absent at the height of Covid. On the platform one weekday morning, two German sightseers gaze curiously at the statue of Sir Nicholas Winton, the British stockbroker who helped 669 mostly Jewish children escape from Nazi-occupied Czechoslovakia on the eve of the second world war.

Yet just yards away, hundreds of Roma people are sheltering in the only place available to them since they joined the millions of Ukrainians fleeing the Russian invasion.

Unlike other Ukrainians who have been offered refugee visas, these families have found they have nowhere to go and no one who wants them.

On the morning the Guardian visited, two small boys played unsupervised, perilously close to the platform’s edge. Nearby, a young mother lay asleep on a blanket as her infant toddler crawled over her.

The scene was symptomatic of a festering crisis that has unfolded in recent weeks, as hundreds of Roma refugees have sheltered on the station floor and in a makeshift sleeper train that berths only between 9pm and 5am, in what emergency workers say are dangerously unsanitary conditions.

More than 500 people are crammed each night into quarters that were originally envisaged to accommodate 260 on a one-night-only basis. Some have stayed for up to 10 nights.

Volunteer aid workers say they are overstretched and overwhelmed. “This is the most important situation in the Czech Republic,” says Geti Mubeenová, crisis coordinator with the Organisation for Aid to Refugees (OPU).

Along with other voluntary groups helping at the station, the OPU plans to end its work there at the end of the month in an effort to pressure the government into providing more suitable accommodation.

“We were set up to provide information, but now we are dealing with a humanitarian crisis. It is no longer sustainable,” says Mubeenová.

Out of sight of ordinary passengers in a sealed-off area of the ornate Habsburg-era station, Roma families – mostly women and children, some elderly and disabled – sit and lie around, surrounded by bags of belongings and protected by security guards, many of them also Roma.

Many are waiting for Czech authorities to decide on their status and whether they qualify for permanent accommodation; others are in an even bleaker situation.

“We tried to register for refugee protection at the registration centre but they wouldn’t accept us and didn’t give us any document explaining why,” says Zanna, a teenage mother of three children from Kyiv, who says she had arrived in Prague with her family four days earlier.

“We came here looking for a place to stay but instead we are just lying on the floor like dogs. We are exhausted and have no energy any more. I’m just feeling really hopeless.”

It is a tale typical of many Roma arrivals, aid workers say.

Since Vladimir Putin ordered Russian troops to invade Ukraine on 24 February, the Czech Republic has issued about 350,000 temporary protection visas to refugees.

Many Roma have faced a different fate, driven – according to Mubeenová – by an anti-Roma prejudice that is widespread in the Czech Republic and neighbouring countries. Many Roma who left Prague for Germany later returned, she says, including some who reported that police in Dresden refused to allow them to disembark from their train.

Czech officials say many Roma arrivals do not qualify for refugee status because they are EU citizens holding dual Ukrainian-Hungarian nationality – thanks to a policy enacted by Hungary’s prime minister, Viktor Orbán, in 2011, of offering citizenship to ethnic Hungarians in Ukraine’s Transcarpathia region.

Some of the Hungarian passport holders claim they were bribed into applying for the documents, not understanding the consequences of dual citizenship. Several told the Guardian they left the Czech Republic for Budapest only to return to Prague after authorities in Hungary rejected their passports as forgeries.

Holding EU citizenship protects them from deportation under Schengen rules while affording freedom of movement between member states – but it also potentially leaves them in limbo when states are not obliged to provide accommodation under protected status arrangements.

However, Mubeenová says only a fifth of the current station inhabitants hold Hungarian citizenship. The fate of others, who often face obstacles to submitting applications or even entering registration centres, reflects hardening official attitudes that dismiss Roma arrivals as bona fide refugees.

Vít Rakušan, the Czech interior minister, has claimed that the Roma influx is tied to organised crime and spoken of the need to combat “social tourism”.

Mubeenová says: “I have sat in meetings with representatives of Prague city hall, the police etc, and noticed the narrative changing – people stopped talking about refugees and started referring to ‘economic migrants’ and ‘welfare tourists’.

“Representatives have told me that they don’t have the necessary documents to apply for protection, but they are often not even allowed to submit applications and that’s not legal.”

A spokesperson for the Czech interior ministry – which is responsible for the processing of refugees – says those at the railway station who had applied for temporary protection were entitled to state-provided accommodation, including at a recently established “tent city” in the Prague neighbourhood of Troja.

“When an application for temporary protection is submitted, an assessment is made, in accordance with the legislation in force, as to whether the person concerned is eligible. If it turns out that the applicant is a citizen of another EU member state, then temporary protection cannot be granted.”

The increasingly dire situation at the station has led to instances of chickenpox, measles, hepatitis A, lice, scabies and tuberculosis being reported by medical students working as volunteers. Firefighters disinfect the premises three times a day.

Hygiene restrictions prevent aid agencies distributing hot, cooked food. In the absence of regular meals, many refugees leave during daytime and go into Prague city centre, where some resort to begging.

Jan Vágner, the station’s building manager, describes the current situation as “more challenging” than early in the refugee crisis, when more than 5,000 people poured off trains arriving from Ukraine.

“Even though the numbers are far fewer now, we need to talk to them all individually and work closely with them, but we don’t have the right kind of help,” he says.

Amid the chaos, however, one man has a relatively happy story. Stick thin and wearing a white cap, Heorhii Stan, 37, originally from Odesa, was preparing to travel to Vienna with his four children to collect his wife after successfully applying for protected status in the Czech Republic.

His relief was sharpened by having spent four nights at the railway station, an experience he described as “tough and hopeless” before being moved to an isolated refugee camp generally reserved for Roma in the Bohemian forest. “I really want to integrate here and ensure my kids go to school,” he says. “And I want to work.”