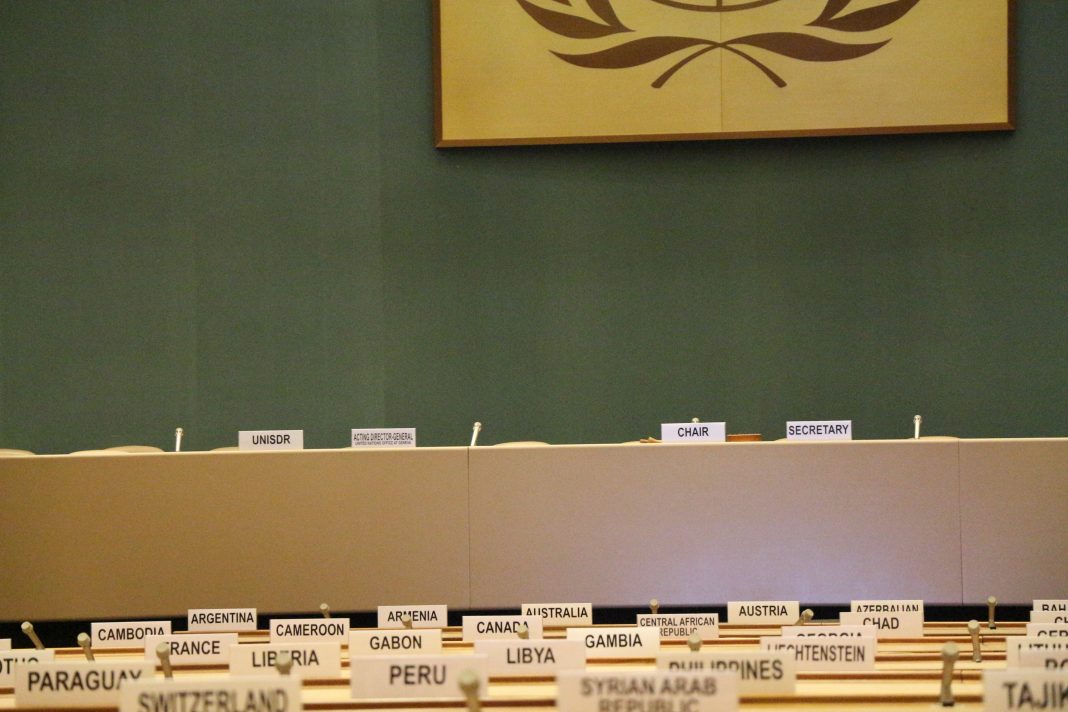 by Gianna Pontecorboli from New York

A vote late in the evening, at the end of a busy day devoted to other issues. But also a vote destined to change, in many different ways, the landscape of power relations within the UN and towards a dangerous and problematic member state. A vote which will – for the very first time – give a symbolic but important voice to all 193 members of the organisation in judging the decisions of the five powerful members who permanently sit around the great semicircular table of the Security Council.

When, on Thursday evening, Russia and China used their veto against the resolution tabled by the United States to toughen sanctions against North Korea (after its launch of 23 ballistic missiles this year alone), including at least three intercontinental ones, very few UN observers were surprised. The draft resolution, in fact, had been circulating for days, but both Russian and Chinese diplomats had made no secret of the fact that they wanted, instead of a formal resolution, a simple and less demanding statement of condemnation from the President-in-Office of the Security Council, US Ambassador Linda Thomas-Greenfield.

That flat ‘no’ from two of the permanent members was certainly more significant than it might appear at first glance. With regard to the controversial Asian country, in fact, the unity of the members of the Security Council had never failed until now. Starting in 2006, with nine resolutions passed unanimously, the UN had tried to discourage the North Korean dictator’s military programmes, and in particular its nuclear programmes and the launching of intercontinental missiles, by imposing increasingly harsh sanctions. Back in 2017, in resolution 2397, the fifteen members had threatened heavy consequences for the Asian country if programmes to build and test weapons of mass destruction continued. Now, after Thursday night’s vote that saw the US, France, Britain and the nine non-permanent members in favour of the resolution, comments from the diplomats involved showed signs of a deep rift that goes beyond the Ukraine crisis.

“The refusal of some permanent members to do their job has resulted in the failure of the Council to meet its responsibilities to maintain peace and security and also the failure of these members to maintain unity and credibility. These members have protected an arms proliferator from meeting its responsibilities. And they showed the little value of their words in giving an explicit signal of approval to North Korea,” Linda Thomas-Greenfield (left) explained after the vote. ‘We don’t think the resolution as proposed by the United States solved any problems,’ a Chinese mission statement answered her in a few dry words, ‘the presidential statement we proposed was supported by many delegations but did not find the US willingness. They know very well what would be the best way to de-escalate the tension, but they resist’. “A tightening of sanctions pressure on Pyongyang is not only unnecessary but also extremely dangerous because of its humanitarian consequences,” Russian Ambassador to the UN Alekseevich Nebenzya commented in turn after observing that fifteen years of sanctions have so far not served to deter North Korean leader Kim Jong-un, but have made increasingly dramatic the humanitarian situation in which the population lives.

For the first time in the history of the UN, moreover, the diplomats involved will now have to explain their positions within a few days in front of all 193 member states gathered in a special session of the General Assembly. After many futile attempts to reform a Security Council designed by the victors of the Second World War, in fact, just at the end of April the General Assembly unanimously approved a resolution proposed by Liechtenstein and also sponsored by 83 other countries, including Italy, and calling for a special session to be convened within ten days if one of the permanent members uses its veto right. During the session, the vetoer will have to explain to the entire international community the reasons for his or her action.’We have ensured that a veto no longer has the last word in matters of peace and security,’ the mission of the small European country explained optimistically after the resolution’s approval.

While awaiting an event that will certainly have an important symbolic value, however, positions have still hardened. The US Secretary of State, Anhony Blinken, announced on Friday evening a series of tough new sanctions against several organisations, including two Russian banks, accused of funding and aiding North Korean military research. For their part, more than 40 non-governmental disarmament organisations sent an appeal to Secretary General Antonio Guterres protesting against North Korea’s election as the June President of the World Disarmament Forum. China and Russia, for now, have not said much, but it is already clear that diplomats are sharpening their weapons to lash out in front of all the countries of the world against a Biden determined not to deviate from his positions.