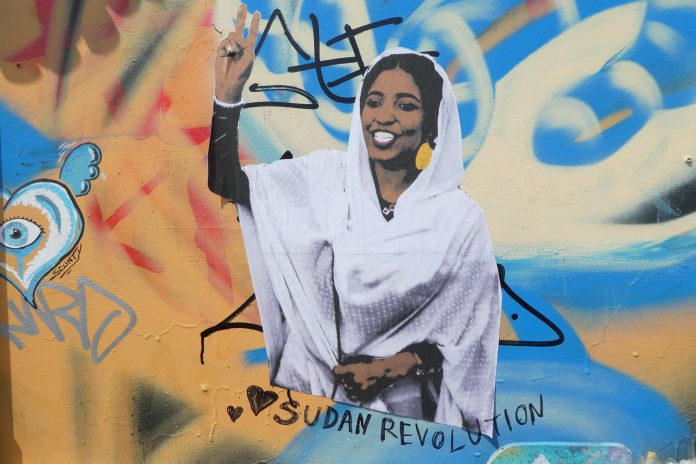 Since 1989, the population has protested and faced brutal repression implemented in an attempt to prevent any organized resistance. During his rule, al-Bashir was responsible for widespread rights violations. By enacting laws such as the 1991 Personal Status Act, which allows a girl to marry at the age of ten, and the Criminal Code of the same year, the regime nullified the victories that women’s rights campaigners had obtained since the country’s independence in 1956.

The Criminal Code criminalizes women by reserving a significant space for flogging, for a series of crimes including: adultery (100 lashes), ‘outrageous acts’ (40 lashes), disrespect for the dress code (40 lashes), challenging “public morals” (60 lashes), being involved in prostitution, which has been interpreted so widely as to include the gathering of any number of men and women in a private or enclosed place, or being involved in running a brothel (both punished with 100 lashes). The crime of “seduction” also included a punishment of 100 lashes.

These laws were used by the intransigent Islamic regime to oppress women, especially activists, and suppress feminist movements, limiting the presence of women in the public sphere. This decision created a source of tension between the Muslim population and the Christian population.

When non-Arab populations in the Darfur region began rising up against the dictatorial government of al-Bashir in 2003, it launched an ethnic cleansing campaign estimated to have killed between 200,000 and 400,000 people. In response to these longstanding tensions, South Sudan became an independent state in July 2011, taking ownership of most of Sudan’s oil fields. Following the rise in commodity prices, further protests erupted in January 2018. When these protests turned into resistance against al-Bashir himself, the government repressed the opposition, marking the start of the Third Revolution in Sudan.

The army finally arrested and overthrew al-Bashir in a coup d’etat on April 11, 2019. The path to the 2019 revolution was a long one, and victory would not have been possible without opposition activists, especially women.
“Women made the revolution a successful one” “They collaborated; they decided to get together for their freedom. ” In fact, women made up 70 percent of the demonstrators and played a decisive role in the protests to the point of it being defined as the “Women’s Revolution”.

Sudanese women are not new to the protests: in fact, they started unionizing to resist the attacks of the regime as early as 1993, organizing resistance and pressure groups.This included the Nuwieda Association, made up of women from the Nuba Mountains, and the Asma Women’s Association, which works to develop women’s skills and eradicate illiteracy in marginal areas. These groups have made women aware of their rights and the need to fight against the regime.

Women played a leading role in the formation of various initiatives such as “No to Women’s Oppression” in 2009, which began with a solidarity meeting in support of women. This group was born a few days after the arrest of some activist women on July 3, 2009, including journalist Lubna Ahmed Hussein, convicted of “indecent” clothing for wearing trousers. The garment was in fact considered against the dress code imposed by the regime of president al-Bashir.

In 2019, once again, women refused to remain silent in the face of gender discrimination. These activists hoped to overturn numerous discriminatory laws against women and promoted Sudan’s gender equality and democracy. Iconic is the image of Alaa Salah who, in April 2019, became the image of the revolution. [depicted in the street art on the cover of this article]

The Transitional Military Council (TMC) took control of the government and responded violently to protests aimed at establishing democracy in the country, just as al-Bashir had previously done. The TMC sent troops to attack the opposition and only on July 5 announced that civilians and military would share power in the coming years.

In the wake of the revolution, the transitional government repealed public order laws that governed how women can behave and dress in public. In 2020, the government also made female genital mutilation illegal, threatening anyone conducting the operations with fines and sentences of up to three years in prison.  However, despite the female participation in protests prior to the power-sharing agreement, there is still much progress to be made to ensure women’s representation in the new government. During the negotiations that led to the power-sharing agreement, women were excluded from relevant meetings.

On 25 October 2021, a new coup was carried out in Sudan – a development that threatens to cancel all the gains made with regards to women’s rights during the 2019 revolution. Villages have been razed to the ground in the western region of Darfur and many have died.

Protests continue in the country and if in 2019 women were already more organized and ready to overthrow the regime, today they are even more so. Sudanese women have always been one of the most important revolutionary forces on the field and still today they continue to protest, organize and fight for a democratic country and for equal rights. Sudanese women are still fighting for democracy, for greater representation, for gender equality.

Read about the "no to Women's Oppression" initiative

The Italian right is coming