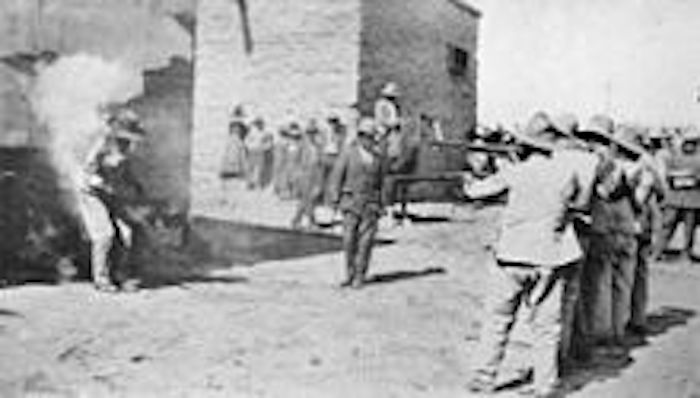 The Department of Correction, South Carolina’s prison authority, announced last Friday that it was preparing to carry out death sentences by firing squad. The decision and the measure were taken in order to circumvent the obstacles that had arisen around executions by lethal injection; obstacles that originated from the refusal of some pharmaceutical companies to export to the United States some of the substances that make up the deadly cocktail needed for the fatal injection.

Until now, the prisoners could choose between the electric chair and the syringe. Doubts and criticism had already been expressed about the electric shock, since in some cases death did not occur at the first shock and the condemned persons were exposed to prolonged and atrocious suffering. Hence the choice offered to them. The impossibility of resorting to the deadly cocktail caused by the veto of the pharmaceutical companies therefore risked, from the point of view of the State authorities, blocking the executions. With the development of a special firing chamber, costing 33,000 dollars and equipped with special bullet-proof glass, the executions, stalled by the pharmaceutical conundrum, will be able to resume. According to the Death Pain Information Center, the decline in executions, which has reached its lowest level in US history, is due precisely to the impossibility of finding the drugs needed for chemical death.

Now, after the South Carolina Supreme Court has worked for months to define the protocol, and the special chamber has been set up in the Broad River detention centre, executions by firing squad can begin. Three men will make up the firing squad. South Carolina thus joins the other three states that use this system for capital punishment, Mississippi, Utah and Oklahoma. Although only three people have been shot since 1976, the decision, initiated by Governor Henry MacMaster, caused an uproar. But it was South Carolina’s Democratic Senator-elect Dick Harpootlian who proposed the reform, arguing that it presented the “least painful” method of execution available. The death penalty is legal in 27 US states, can be decided by the federal government and for members of the armed forces, while it is abolished in the other 23 states. In six of the states that still apply it, it is currently blocked by a moratorium.

The first execution by lethal injection in the world was carried out in 1982, in Texas, and has since become the most widely used method throughout the United States, supplanting the electric chair. From 1976 to 8 December 2016, there were 1,533 executions, including 1,349 by lethal injection, 163 by electrocution, 11 by gas inhalation, 3 by hanging and 3 by firing squad. The South saw the vast majority of these executions, with 1,249; there were 190 in the Midwest, 86 in the West and only 4 in the Northeast. No state in the Northeast has carried out an execution since Connecticut, now abolitionist, in 2005. Texas alone carried out 571 executions, more than a third of the total.

We curated this world map of death penalty for the volume “Atlas of Wars and Conflicts in the world” in cooperation with Amnesty International (below). You can read it in high quality on this page. 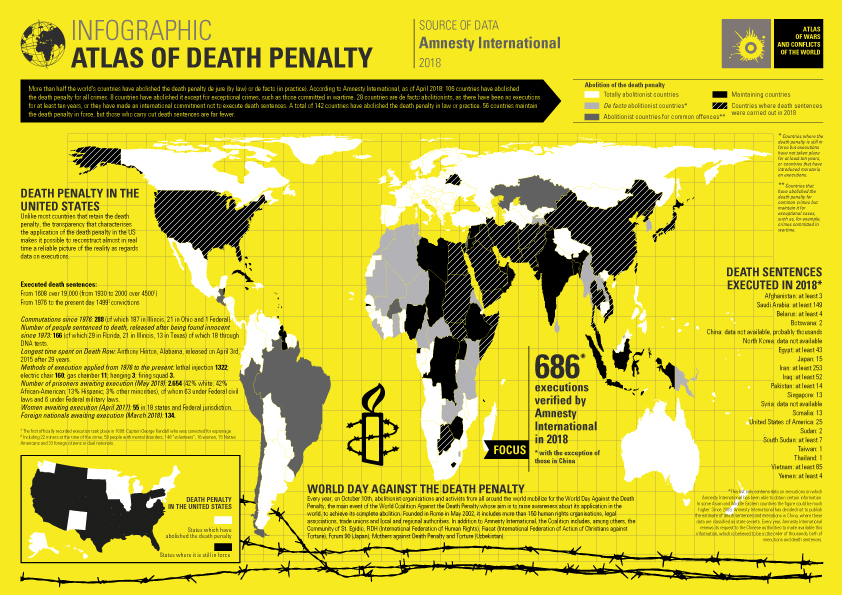 Cover image: a death sentence carried out by shooting in Mexico, 1914