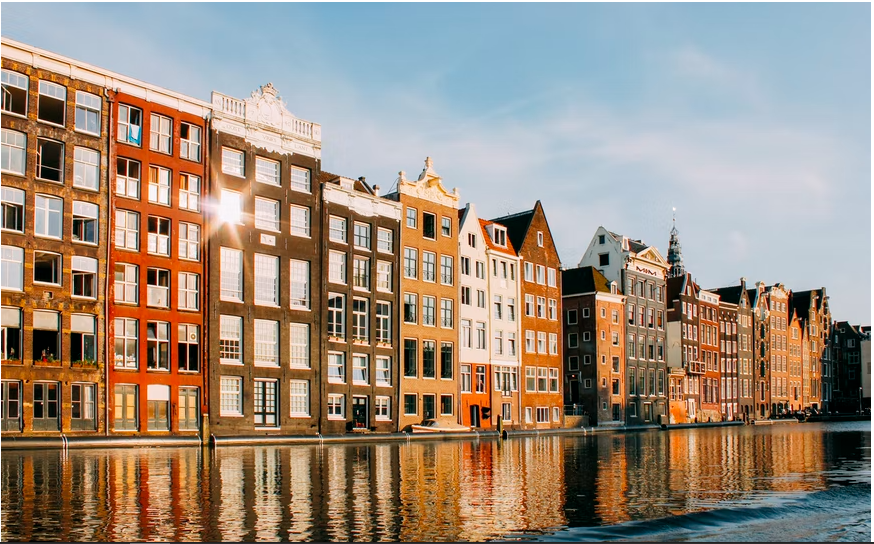 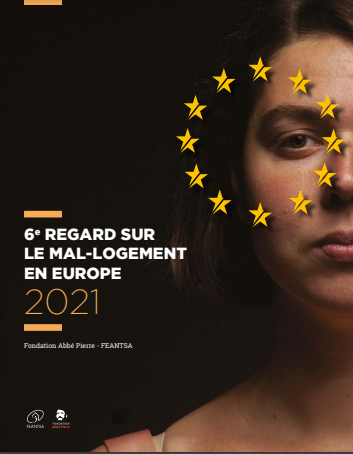 Fondation Abbé Pierre and FEANTSA, in their report “Regard sur le mal-logement en Europe”, have estimated that there are about 700,000 people who are homeless and sleep on the streets, or in emergency accommodation. This represents an increase of 70% over the last ten years. Among the European countries most affected by this problem is the Netherlands. According to the CBS Communication & News department, which is responsible for the dissemination of statistics in Dutch society, as of 2018, there were 39 300 homeless people. A staggering increase of 120.8% since 2009. According to the Bond Precaire Woonvormen (BPW), an association that fights for the right to housing, the housing problem in the Netherlands is particularly caused by three factors:

Unaffordability: the average waiting time for social housing is constantly increasing, but salaries are not progressing at a similar rate.
Excessive prices: rents in the private sector are out of control and cost on average more than 1000 euros per month.
Precariousness: due to certain political choices, which have led to the adoption of various types of temporary rental contracts, housing has become increasingly uncertain and temporary.
When analysing these factors specifically, the waiting time for social housing is estimated at 10 to 15 years. Construction output has halved in recent years. According to research carried out by ABN AMRO, a Dutch credit institution, there are 330 000 fewer houses than demand requires. The research specifies that it would take one million houses in the next ten years to fill the gap. In addition, a large number of social housing units have been put up for sale in the private sector and hundreds of houses have been demolished, thus increasing waiting lists throughout the country.

If there is a shortage of houses in social housing, and waiting times are interminable, the houses present and for sale in the private sector are only accessible to a few. According to a survey by Nvm, an association operating in the real estate sector, today a property costs on average 430 thousand euros, 19.3% more than the previous year. According to another survey by the credit institute ABN AMRO, the price of houses will increase by 12.5% in 2022, and by a further 5% in 2023.

If buying isn’t an option, neither is renting

The same applies to renting. Rents cost on average more than 1000 euros per month. In the last ten years they have increased by 35%. According to the Bond Precaire Woonvormen association, “rents in the private sector are out of control and government policies have created a dichotomy between tenants and landlords”. The latter charge around 752 euros per month for social housing. A research published in the report “The State of Housing in Europe” by Housing Europe, shows a rather worrying figure. About 700,000 Dutch families remain ‘stranded’ between the social sector and the private sector. This is because their income is too high to be eligible for social housing, but too low to access private housing options.

The legislative acts Campus contract (2006), Anti-squat law (2010), Extension of the Vacancy Act (2013), Rental Market Transition Act (2016), Stimulation of mobile flexible living (2019) have made housing, as well as expensive, increasingly temporary. With these legislative acts, the government hoped to bring movement to the rental market, and that rents would increase, but this has not been the case. Today, almost half of all rental properties are offered on temporary contracts. According to ‘de Volkskrant’, flexible contracts are not only increasing in big cities, but all over the country. Moreover, temporary rental properties are not cheaper than houses rented for an indefinite period. On the contrary, the average monthly rent is 9.7% higher. We are talking about 1400 euros per month.

Two studies, “Investico/Vers Beton” and “Companen”, the latter commissioned by the Ministry of the Interior and Kingdom Relations, have reported on the various problems derived from the measures adopted by the Government in the field of temporary rentals, but above all the disastrous consequences for tenants. Briefly, the research highlights;

All these components have led to an increase in homelessness over the last ten years, as shown in the graph below. The majority (84%) are men, and almost a third are aged between 18 and 30. Moreover, most homeless people are located in the four largest municipalities; Amsterdam, Rotterdam, The Hague and Utrecht. 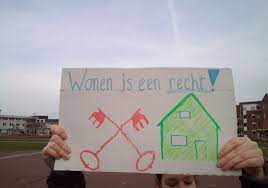 The halting of the sale of social housing in the private sector, the provision of decent housing for the homeless, the freezing of evictions, overcoming the laws that allow landlords to make temporary rental agreements, are adoptable solutions to the problem, as reported by Bond Precaire Woonvormen (BPW). 1 It is important to remember that the right to housing is a human right that is present and recognised in a number of international treaties, such as Article 11 of the UN Covenant on Economic, Social and Legal Rights, Article 31 of the revised 1996 European Social Charter, and Article 25 of the Universal Declaration of Human Rights. Housing is an essential component of those fundamental rights to which the individual is entitled in order to fully participate in, and thus benefit from, society. Without it, we would not be able to enjoy a number of other rights recognised by the international community; such as the right to privacy, the right to education, the right to work, and the right to a dignified life.

This article is part of a cooperation among Atlas of Wars and Associazione Comunità Papa Giovanni XXIII. Authors of these pieces are young adults (18-28 years old) who are in the organization’s social civil service or in peacebuilding missions.