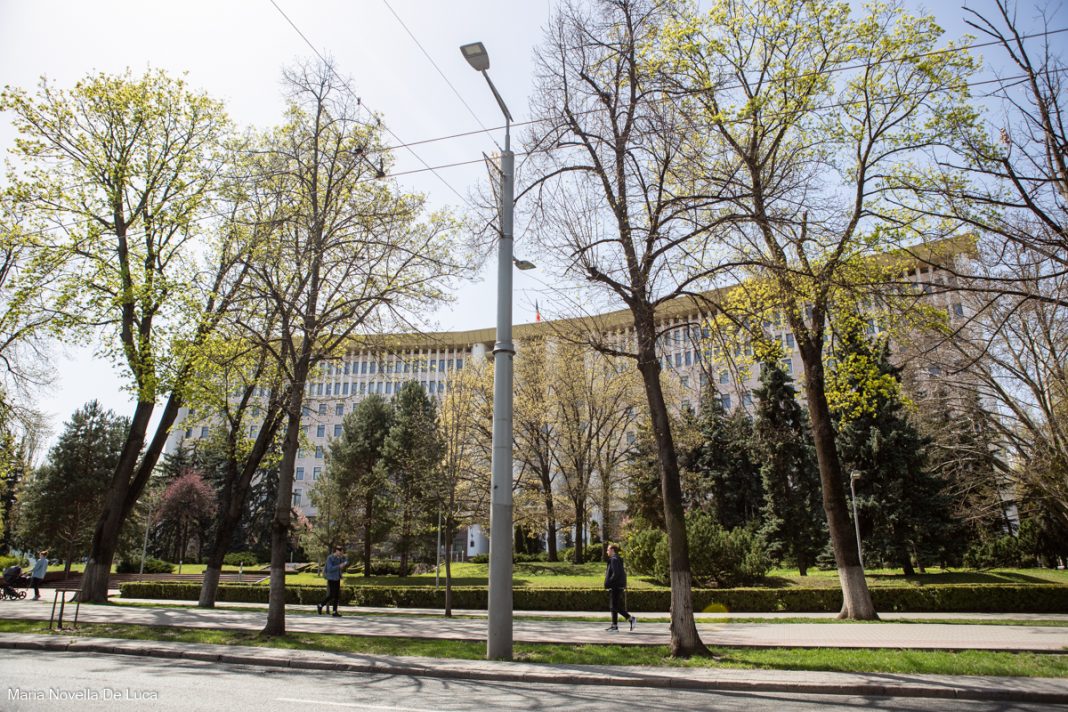 By Alice Pistolesi and Giovanni Mennillo from Chișinău

A small country in the heart of Eastern Europe, 930 km of border shared with Ukraine and 450 km with Romania, just over 3 million inhabitants, and still uncertain identity: Moldova is a melting pot of different cultures and languages, with feelings suspended between post-Soviet nostalgia and Europeanism, and a geopolitical position that has yet to be defined.

Moldova presents many of the contradictions of Eastern Europe: a country with fewer inhabitants than a large European city, where Romanians and Moldovans, Russians and Bulgarians live side by side, with an autonomous region, Turkish-speaking Gagausia, and a self-proclaimed state, pro-Russian Transnistria. A country where the choice between the pro-Russian past and the new model of Euro-Western development still seems to be a matter of debate. Importantly, a State that has constitutionalised its neutrality by making it a model, renouncing to NATO but not the European Union.

If we exclude Belarus, an ally of Moscow, and Ukraine, which looks to the Euro-Atlantic bloc, Moldova is the only country of the old Iron Curtain that still is a real buffer between the two blocs. An island of neutrality in the centre of Eastern Europe. With the conflict in Ukraine, Moldova’s position has become a particular vantage point for a number of reasons.

The issue of migratory integration

Moldova has been faced with a massive influx of people fleeing Ukraine, especially from the southwest. According to estimates by the Minister of Foreign Affairs, Nicu Popescu, around 400,000 people have entered the country, against a population of just 3 million inhabitants. This is a huge flow of between 1,000 and 3,000 people a day, in a country that has neither the facilities nor the personnel to receive them and is considered one of the poorest in Europe. Many of the refugees have only crossed Moldova to get to other countries, but now their eyes are on Odessa. If the Russian front were to advance,” told us Marco Buono, Intersos’ head of mission in Moldova, “the city of Palanca, just 60km from Odessa, would become a gateway to Europe and could be crossed by more than 500,000 Ukrainians. We are on constant alert’.

The Moldovan government is managing their accommodation alongside NGOs and humanitarian associations. Many people have been taken in by families, while others are still in reception centres run mainly by the Catholic and Orthodox churches. In addition to complicating the already varied ethnic composition of the population, over 90% of the refugees are women and children. The great wave of migration,” Foreign Minister Nicu Pupescu told the Atlas of Wars, “affects all aspects of our country. Since there are so many children, we are at the point where there is a lack of school facilities and teachers, just to give an example’.

Complicating Moldova’s geopolitical picture is Transnistria: the region, self-declared autonomous although not recognised by the Moldovan state, occupied by pro-Russian separatists, which was the battleground of a war from March to July 1992. Some 1,500 Russian soldiers are said to be stationed in the region and there is concern that Russia could use the presence of this ‘enclave’ on the western Ukrainian border to pincer attack southern Ukraine. The strategy seems to be to carry out the ‘New Russia’ project, i.e. to break Ukraine in two and annex the entire southern area overlooking the Black Sea, from the Donbass to the Transnistria.

At the moment, to tell the truth, the operation seems unlikely: the government has declared that it has no news of military movements or plans, and according to what has been gathered, many Transnistanians are not in favour of war, but above all, there is an awareness that involvement would be dangerous as there would not be sufficient military resources. However, the question remains whether the region would be able to say no to the Russians in the event of a direct request. We don’t know,” says Boris Foca, a representative of the small opposition party Pro Moldova, “how many armaments Transinistria has, because over the years the passages, even through our own civil airport, have not been monitored.

Travelling through Transinistria, one does not breathe a great air of militarisation. The country’s bridges have been occupied by the so-called ‘Russian peacekeepers’ since 24 February, but there is very little military presence. There are no checkpoints or major military movements, and in the capital Tiraspol there are tourist trips by Moldovan citizens.

Between the West and post-Sovietism

Another element of considerable importance is the country’s geopolitical position, suspended between pro-European models and a neutrality that, enshrined in the constitution, is the polar star of its foreign policy. Unlike other countries of the former Soviet Union, Moldova maintains an open dialogue between pro-Russians and pro-Westerners, between post-Soviet nostalgia and new Europeanist models of development. Just two years ago, in 2020, the President of the Republic was a strongly pro-Russian socialist, Igor Dodon. It is only between 2019 and 2021 that the majority of the country seems to have chosen the pro-European bloc with the rise of the current president Maia Sandu.

No to NATO, yes to Europe

From a military point of view, Moldova claims neutrality as a central element of its political identity. The government has reiterated this position, and this is also the path being followed in the ranks of the opposition. Whether this position is due to an ideological choice of field or is the result of the country’s military weakness (confirmed by the government and opposition representatives themselves) and its exposure to possible attacks from several fronts, it does not change the fact that Moldova is the only country in the area to claim neutrality and to reiterate its ‘No’ to the Atlantic Alliance.

Recently, an Individual Cooperation Plan was signed and there has been no lack of criticism from the socialists, who denounce a rapprochement to the Atlantic bloc, which has always been denied by the Government. Finally, from the military point of view, the neutrality of the Country could be a double-edged sword: an entry into the Atlantic sphere would certainly mean exposing the Nation to the threat of Russia, which is worried about the so-called Atlantic ‘encirclement’. At the same time, neutrality would make it very easy for Moscow to advance: at the moment, however, the Government is certain that Moldova is not a military objective.

While neutrality is claimed by several parties, the position on the European Union is much more complex. Since 2019, a pro-European position has gradually consolidated, rewarding the parties that supported it. A few days before the war in Ukraine, the country applied to join the EU. The government claims economic, political and cultural proximity to Europe. We feel European,” explains the foreign minister, “our language is Latin. We have a lot of ties with Europe both culturally, politically and economically’.

The result is a divided and complex identity that reflects the complexity of the post-Soviet world and reproduces part of those same dynamics that underlie the conflict in Ukraine.

All photos are by Maria Novella De Luca