Home World Asia The challenges of humanitarian aid in Afghanistan 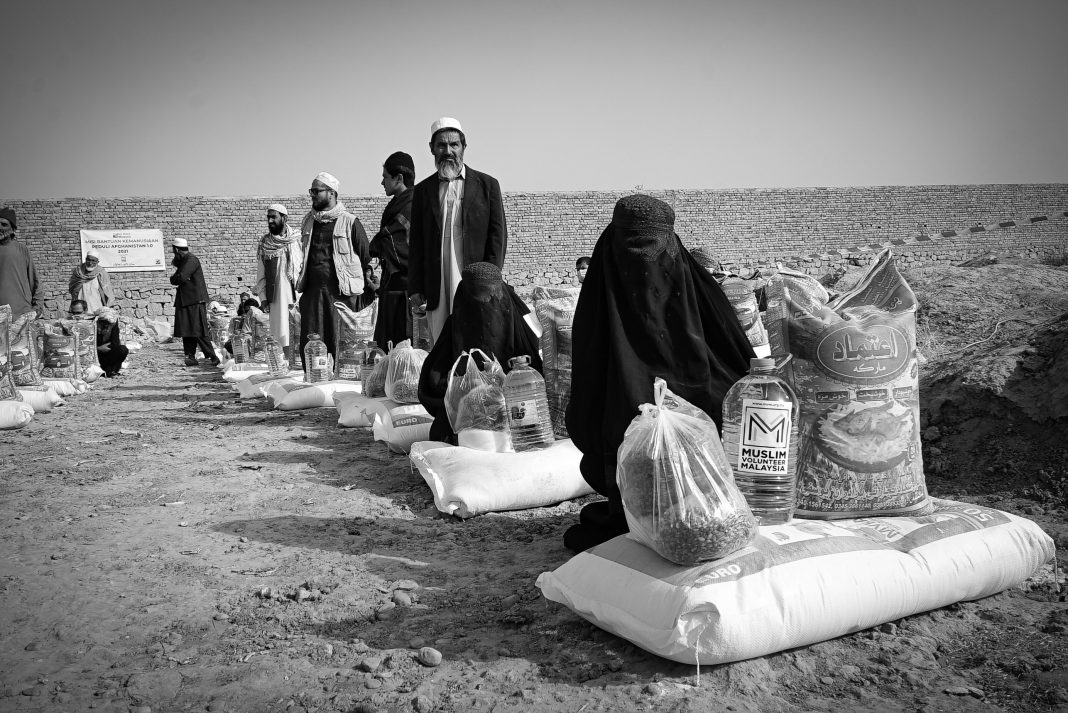 By Lucia Frigo, director of Atlasofwars.com

Nine months after the Taliban grabbed the power in Afghanistan, humanitarian organization Emergency paints a grim picture of the country: now more than ever the Afghani population need the support of the international community – before the country becomes a no man’s land.

The situation in Afghanistan quickly started spiralling in August 2021, when the Taliban took the country with minimal fighting after the USA’s military’s departure. The caliphate’s return to the country has been faced with concern by the international humanitarian community, with global leaders expressing worries about the freedom of the Afghani citizens (in particular that of dissidents), the rights of women and the security of civilians in urban and rural areas.

Humanitarian organizations have remained on the ground, helping those who didn’t flee rebuild a regular life. Emergency, among others, has remained, keeping open and running its five medical centres that join the network of over 40 hospitals and first aid /primary care units available to the Afghanis all around the country. However, the news coming from Kabul – and even more so from the wide rural areas in the North and East of the country – are anything but reassuring.

The remnants of war, the coping mechanism of violence

The admissions records at Emergency’s hospitals tell the story of the conflict without lie: and while they have been recording less bullet wounds since August 2021, when the armed conflict has pretty much ceased, the effects of a 40-year long war are not so easy to erase.

Mainly, landmines remain a deadly threat scattered across the country – posing a silent menace especially to children, but also reclaiming the lives of those who hope to cultivate some land, or travel via unmarked routes. Children and rural communities that not only have to bear the consequences of a land riddled with mines, but also face food and water insecurity on a daily basis. Hospitals, narrates Emergency, are witnessing more and more families struggle to feed their children in the worst drought of the last 30 years – with no crops and all the health and hygiene complications caused by the sustained lack of water.

Lives also continue to be taken in the increasing attacks by competing terrorist organisations – such as the many claimed by ISIL-KP, the militant group affiliated to ISIS that operates in South-East Asia. Violence prospers, not only when organised by armed terrorist groups. The absence of the central state leads to increased illegal activities and violence, in rural areas and in cities alike. A homo homini lupus situation, where the lack of access to basic human rights and to everyday services progressively turn individuals to violence, in what emergency operators on the field describe as a “harmful and irreversible coping mechanism to survive”.

But the activities of humanitarian NGOs in providing assistance to the victims of violence and of hunger are increasingly hampered by another factor: the economic crisis in which the country has sunk since late last year.

The heavy sanctions imposed on the country, alongside the freezing of all assets of the Afghani Central Bank (DAB) are causing just as many issues as the war and the droughts. With little to no liquid money in the country, and workers not receiving their salaries for months, many families are forced to turn to illegal activities and to the illicit market, or to refer to informal credit. This includes the practice of convenience marriage relations to pay off a family’s debt, often by offering underage girls as child brides. The violence to which these children are often subjected is well-documented, but the Taliban’s interpretation of sharia law allows it when the child is above 11 years of age.

Moreover, in a nation with tens of thousands of internally displaced people (many since the events of August 2021), the delays and unreliability of domestic bank transfers are extremely detrimental on those families relying on the displaced family members’ income. This, alongside the staggering 40% price rise of most essential goods, exposes families to malnutrition.

Equally, however, the liquidity crisis and the increase in the cost of essential goods is posing a severe threat for the work of humanitarian organizations. Many of them did not see a budget increase, but their expenses continue to rise. Alongside the heightened price of food and essential goods, explains Emergency, is the increased cost in the transportation of materials, since the airports were closed after the Taliban regime took over. Corruption, theft, the lack of border controls and unclear import rules have impacted the import of pharmaceuticals – once again putitng a strain on humanitarian hospitals and the medical services they provide.

To this, the response of the international community was a deafening silence: of the 4.4 million dollars that the United Nations called its members to send to Afghanistan, only 2.4 were raised – just over half of the budget that would be necessary to help the country.

Long term effects: brain drain and the future of the country.

Emergency’s report looks at the future of the nation with concern. With more than 3.5 million Afghans displaced throughout the conflict (2.2 in the neighbouring countries), the long, stillicide war has deprived the country of much of its youth. Since last year, 100,000 skilled professionals were evacuated, in an often overlooked effect of conflict: brain drain.

The effects of this are already visible: with the state struggling to find medical professionals, hospitals have to rely on humanitarian personnel to run efficiently – with the recent instability pushing even more international staff away from where it’s needed. Equally, in order to reorganise the country with the necessary financial, political and criminal reforms, Afghan professionals are needed desperately. Their expertise is desperately needed if the country wishes to fight its deeply-rooted corruption, establish labour and social policies, and create sustainable pension and workforce schemes. If Afghanistan will not be able to do so itself, it will have to depend on the international community in the long term – begging for a support it does not seem to receive.