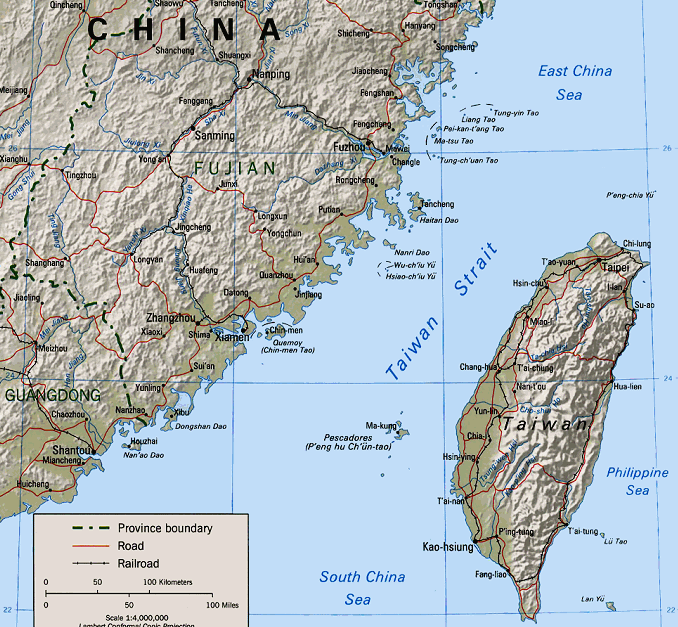 Two US warships passed through the Taiwan Strait. The US Navy announced this today: it is the first time this has happened since China’s unprecedented military manoeuvres near the island. Below is a brief reconstruction of the recent tensions in the Pacific from ChinaFiles.

Chinese warships remained at least 24 nautical miles away from Taiwan’s coast during recent military exercises, despite Beijing’s warnings that they might approach Taipei’s territorial waters. So within 12 nautical miles. Also because three of the six areas announced for the tests seemed to overlap with Taiwanese territorial waters. The Taiwanese government had prepared a series of measures to defend its sovereignty without further escalating tensions if Chinese warships approached the Taiwanese coast, officials told Bloomberg, asking not to be identified because they were not authorised to discuss security issues publicly.

As Lorenzo Lamperti commented on his last recap of the Taiwan Files crisis, during Beijing’s military exercises, it’s important to look at what did NOT happen. For example, precisely not entering Taiwanese territorial waters or flying over Taiwan’s main island, options that Beijing reserves for future escalation. Christopher Twomey points out in War on the Rocks that ‘the fourth cross-strait crisis is only just beginning’. Late Thursday 25 August, Republican Senator Marsha Blackburn landed in Taipei, returning from a tour of the South Pacific islands of Fiji, Papua New Guinea and the Solomon Islands (increasingly in Beijing’s orbit). On Friday 26 August she meets Tsai Ing-wen, before departing on Saturday 27.

This is the third congressional delegation in the space of a few weeks after those led by Nancy Pelosi and Ed Markey. While from Friday 26 August a new round of drills starts off off the coast of Fujian, the Chinese province facing the main island of Taiwan. (Lorenzo Lamperti on ChinaFiles).

The complete article, originally written in Italian, can be accessed on ChinaFiles.