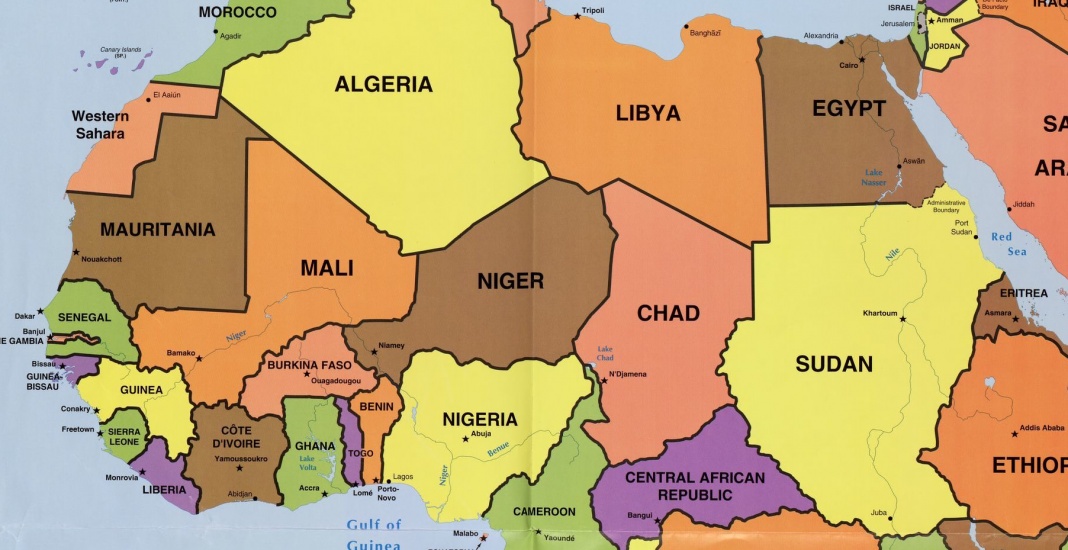 On 15 May, the decision was announced by the government led by Mali’s military junta to leave the G5 Sahel, the joint anti-jihadist force that brings together the Sahelian countries in a military alliance with the support of Paris. President Mohamed Bazoum of Niger commented to the French newspaper La Croix on Mali’s decision on the G5 Sahel: “The G5 is dead”. and accused Mali of aggravating the already difficult security situation in the area: ‘Our border with Mali is under the control of the Islamic State of the Greater Sahara, Bamako has never taken control of the outposts in this area’. In an interview with Radio France International, Ismaël Sacko, President of the African Social Democratic Party (one of the Malian parties opposing the military junta) said that “We have reports that the chain of command is not respected, this could explain why Colonel Assimi Goita prefers to entrust security to the Russian ‘Wagnerians’.

The growing presence in Africa of Russia’s military instructors, and the more obscure one of the infamous Wagner group, would be justified precisely by the fight against jihadist forces operating not only in the Sahel. In reality, the role that these two aspects of Russia’s activism play on the African continent would appear to be quite different, and studded with repeated human rights violations. To the point of being investigated by the United Nations.

The United Nations Integrated Stabilisation Mission in the Central African Republic (MINUSCA) was commissioned on 15 April to investigate the alleged massacre of 10-15 people by Russian and possibly Wagner Group forces in the villages of Gordile and Ndah in the Central African Republic. UN experts in their June 2021 report on the African country had named Russian mercenary ‘instructors’ as responsible for numerous violations of international humanitarian law, such as indiscriminate killings, torture, sexual violence and large-scale looting. In the 184-page report, Russia was mentioned by name more than 240 times, far more than other armed forces known to have committed violence in the country.

But already last year, Russia prevented the UN Security Council from reappointing UN experts to monitor these crimes. A new group of specialists has been formed, but it is still unclear whether they will. The presence of mercenaries from the Wagner Group, which has opaque but unequivocal ties to the Kremlin, in the Central African Republic is mainly linked to its mineral resources, including rich diamond mines. UN experts monitor violations in the Central African Republic, South Sudan, the Democratic Republic of Congo and Somalia respectively. To justify its decision, Russia cited the lack of a geographically balanced composition and the inclusion of biased individuals as monitors.

The Russian presence in Africa

Moscow’s growing presence in Africa is strategic. Russia’s first summit meeting with African leaders was held in Sochi in 2019, and was about trade and other economic agreements, but it has since mostly resulted in military actions. The mercenaries of the Russian state-linked Wagner Group, who operate in Mali and Burkina Faso as well as in the Central African

Republic, have been the subject of heavy scrutiny regarding human rights and other abuses. Russia claims that its instructors are there to provide military training and operate unarmed. The Wagner Group is headed by Yevgeny Prigozhin (pictured left) an oligarch close to the Kremlin and sometimes referred to as ‘Putin’s chef’. Prigozhin is also linked to the St Petersburg-based Internet Research Agency, a ‘troll factory’ accused of interfering in the 2016 US presidential election, in which Donald Trump was elected.

Wagner’s paramilitaries have been linked to the killing of three Russian journalists in 2018, Orkhan Dzhemal, Alexander Rastorguyev and Kirill Radchenko, who were investigating the presence of mercenaries in the CAR, and to multiple massacres in the country. The three were in the country to film a documentary on the presence of a Russian ‘private military company’. After arriving in the capital, Bangui, they tried unsuccessfully to enter a camp in Berengo, in the south-west, where soldiers were being trained by Russian instructors said to be from Wagner. While they were moving in the north of the country, their vehicle was ambushed on 30 July, 25 km from Sibut, a town north of Bangui. All three men were killed. Their driver managed to escape, uninjured. On the basis of information that filtered in the following days, doubts emerged about the official claims that the murder was the work of armed robbers, since nothing of value had been taken from the vehicle. Investigators speculated the participation in the ambush of a Central African gendarme who was seen on the same road a few minutes before the murder and who made numerous phone calls with the journalists’ driver in the days before the killing. Last year, CNN reported evidence that this gendarme was also in contact with a Russian ‘trainer specialising in counter-surveillance and recruitment in Central Africa’.

But the difficulty with the Wagner Group, as with other private armies operating around the world, is that they do not officially exist. And, as we have seen, investigating them is dangerous. They therefore act in obscurity as well as with impunity. A chink in the darkness surrounding the Wagner Group has now been opened up by Marat Gabidullin, a former Wagner Group mercenary, who has published in France Moi, Marat, (edited by Michel Lafon) an autobiography that is also one of the few direct testimonies on the group.Former Wagner Army commander. Recruited by Wagner in 2015, he quit in disgust in 2019 and decided to tell his story. Judging from newly released interviews, the book makes no special revelations, but confirms the Kremlin connection, and admits that those operating in private militias practically enjoy immunity. He points to the disappointment at the discrepancy between the Russian narrative of the Ukraine affair and the reality seen on the ground as the reason for his defection.

The President of the Central African Republic Faustin-Archange Touadéra welcomed paramilitaries in 2018, with the intention of regaining control of the country, in which various rebel groups were operating. Wagner thus began training the country’s armed forces. Taking advantage of a decision by the UN Security Council, which had approved a Russian training mission in 2017. The President appointed a Russian, Valery Zakharov, as his National Security Advisor. Touadéra was re-elected in 2020 and,Russian trainers played a central role in the elections, effectively playing the security role in the electoral process. Since then, however, sporadic fighting across the country has not ceased and some parts of the country remain out of government control.

In the DRC, Wagner operated as Sewa Security Services, a company set up at the same time as Lobaye Invest, both of which are traceable to Evgheni Prigozhin, and specialise in gold and diamond mining. Both companies registered as business entities in the country at the same time as Wagner’s contractors. Lobaye Invest has obtained licences to mine gold and diamonds in several areas of the CAR. In all these areas, Russian instructors oversee the extraction and illicit trade in diamonds. Many small mines operate in the so-called red zones, where rebels and civilians compete for diamonds.

The Russians try to locate the mines with drones, then arrive with helicopters to attack and occupy a site for a few days, enough time to collect the goods and money they can extort, before moving on to another site. This method allows the Russians to exploit the mines more efficiently, as they do not have enough people to control all the mines continuously. It is estimated that there are about 1,500-2,000 Wagner contractors operating in CAR and it is unclear how widely they are distributed across the country. “Wagner is of great concern to us. They operate opaquely. They do not exist legally,” said Jelena Aparac, a member of the UN working group. “They have total impunity. This allows them to continue abusing human rights, as is happening in CAR. It is an extreme situation in terms of human rights violations.”

Last year, the UN working group sent letters to the Russian government and Lobaye Invest, asking for explanations about the allegations of sexual violence in CAR. Russia denied any connection to the Wagner Group and Lobaye never responded. “Victims often have no access to justice,” reads the UN Working Group’s October press release. “They simply do not dare to file official complaints, so impunity for abuse continues for all perpetrators – FACA and military and security officers working for the Wagner Group.” Aparac is an expert in international criminal and refugee law. He wrote an article in 2021 stating that it would be difficult for a CAR prosecutor to hold Sewa Security Services, the company used by Wagner as a front. The prosecutor would face many legal, political and diplomatic hurdles in dealing with different jurisdictions.

“In some parts of the country, MINUSCA teams have encountered difficulties in accessing sites to verify alleged human rights violations,” said Vladimir Monteiro, spokesperson for the mission. “Monitoring crimes committed by Russians, in particular, also presents difficulties. In some cases, state and other security actors have alleged military operations to deny the Mission access to sites. In other cases, clashes or the presence of improvised explosive devices have hampered our missions in the field’. Monteiro added that ‘However, it has been difficult for the Mission to make a clear distinction between the so-called “Russian instructors” officially sent to CAR and employees of private Russian security companies (whose existence and presence in CAR is denied by the Russian Federation) for the attribution of responsibility, due to the lack of clear military identification’. Minusca’s quarterly report on human rights in CAR, from January to March 2022, documented and verified 214 incidents, representing 258 human rights abuses and violations of international humanitarian law with 564 victims.