Home News Extraditing Julian Assange would be a gift to secretive, oppressive regimes 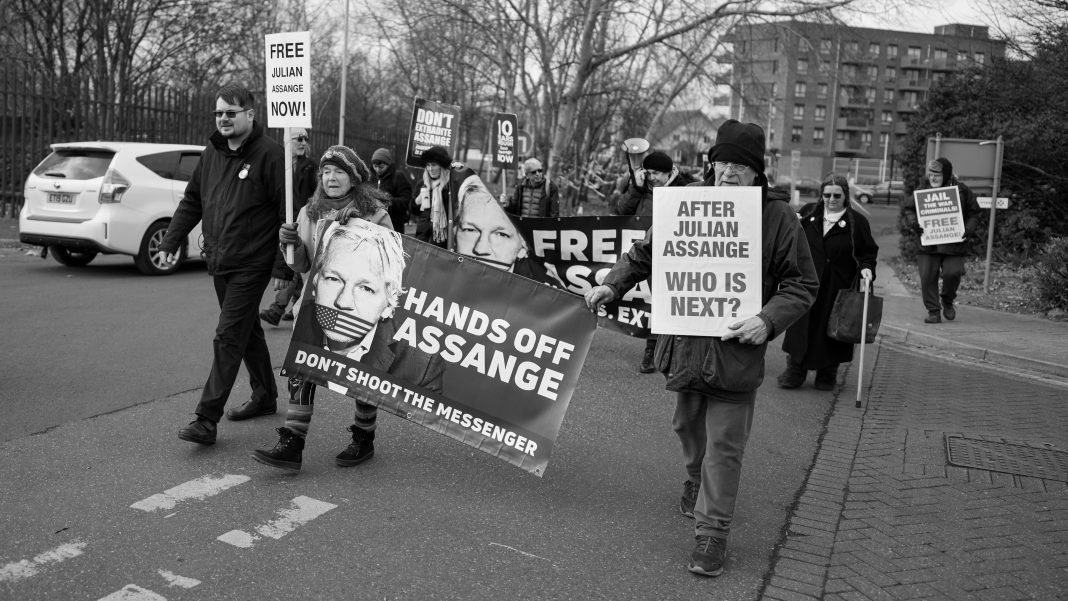 By Peter Oborne* – The Guardian

In the course of the next few days, Priti Patel will make the most important ruling on free speech made by any home secretary in recent memory. She must resolve whether to comply with a US request to extradite Julian Assange on espionage charges.

The consequences for Assange will be profound. Once in the US he will almost certainly be sent to a maximum-security prison for the rest of his life. He will die in jail.

The impact on British journalism will also be profound. It will become lethally dangerous to handle, let alone publish, documents from US government sources. Reporters who do so, and their editors, will risk the same fate as Assange and become subject to extradition followed by lifelong incarceration.

For this reason Daniel Ellsberg, the 91-year-old US whistleblower who was prosecuted for his role in the Pentagon Papers revelations, which exposed the covert bombing of Laos and Cambodia and thus helped end the Vietnam war, has given eloquent testimony in Assange’s defence.

He told an extradition hearing two years ago that he felt a “great identification” with Assange, adding that his revelations were among the most important in the history of the US.

The US government does not agree. It maintains that Assange was effectively a spy and not a reporter, and should be punished accordingly.

Up to a point this position is understandable. Assange was anything but an ordinary journalist. His deep understanding of computers and how they could be hacked singled him out from the professionally shambolic arts graduates who normally rise to eminence in newspapers.

The ultimate creature of the internet age, in 2006 he helped found WikiLeaks, an organisation that specialises in obtaining and releasing classified or secret documents, infuriating governments and corporations around the world.

The clash with the US came in 2010, when (in collaboration with the Guardian, Der Spiegel, Le Monde, the New York Times and other international news organisations) WikiLeaks entered into one of the great partnerships of the modern era in any field. It started publishing documents supplied by the US army intelligence analyst Chelsea Manning.

Between them, WikiLeaks and Manning were responsible for a series of first-class scoops that any self-respecting reporter would die for. And these scoops were not the tittle-tattle that comprises the daily fodder of most journalism. They were of overwhelming global importance, reshaping our understanding of the Iraq war and the “war on terror”.

To give one example among thousands, WikiLeaks published a video of soldiers in a US helicopter laughing as they shot and killed unarmed civilians in Iraq – including a Reuters photographer and his assistant. (The US military refused to discipline the perpetrators.)

To the intense embarrassment of the US, WikiLeaks revealed that the total number of civilian casualties in Iraq was 66,000 – far more than the US had acknowledged.

It shone an appalling new light on the abuse meted out to the Muslim inmates at Guantánamo Bay, including the revelation that 150 innocent people were held for years without charge.

Clive Stafford Smith, the then chairman of the human rights charity Reprieve who represented 84 Guantánamo prisoners, praised the way WikiLeaks helped him to establish that charges against his clients were fabricated.

It’s easy to see why the US launched a criminal investigation. Then events took an unexpected turn in November 2010 when Sweden issued an arrest warrant against Assange following allegations of sexual misconduct. Assange refused to go to Sweden, apparently on the grounds that this was a pretext for his extradition to the United States and took refuge in the Ecuadorian embassy in London. Sweden never charged Assange with an offence, and dropped its investigation in 2019.

This was an eventful year in the Assange story. Ecuador kicked him out of the embassy and he was promptly arrested for breaching bail: he’s languished for the past three years in Belmarsh prison. Meanwhile the US pursues him using the same 1917 Espionage Act under which Ellsberg was unsuccessfully prosecuted. Assange’s defence, led by the solicitor Gareth Peirce and Edward Fitzgerald QC, has argued that his only crime was the crime of investigative journalism.

They point out that the indictment charges Assange with actions, such as protecting sources, that are basic journalistic practice: the US alleges that “Assange and Manning took measures to conceal Manning as the source of the disclosure of classified records”. Any journalist who failed to take this elementary precaution when supplied with information by a source would be sacked.

The US stated that Assange “actively encouraged Manning” to provide the information. How disgraceful! No wonder Kenneth Roth, the executive director of Human Rights Watch, has warned that: “It is dangerous to suggest that these actions are somehow criminal rather than steps routinely taken by investigative journalists who communicate with confidential sources to receive classified information of public importance.”

Despite all this, there’s no reason to suppose that Patel will come to Assange’s rescue – though there may yet be further legal ways to fight extradition.

Even if Patel wasn’t already on the way to winning the all-corners record as the most repressive home secretary in modern history, the Johnson government, already in Joe Biden’s bad books, has no incentive to further alienate the US president.

If and when Assange is put on a plane to the US, investigative journalism will suffer a permanent and deadening blow.

And the message will be sent to war criminals not just in the US but in every country round the globe that they can commit their crimes with impunity.

*Peter Oborne is a journalist and author, and also runs a website about Boris Johnson’s falsehoods https://boris-johnson-lies.com