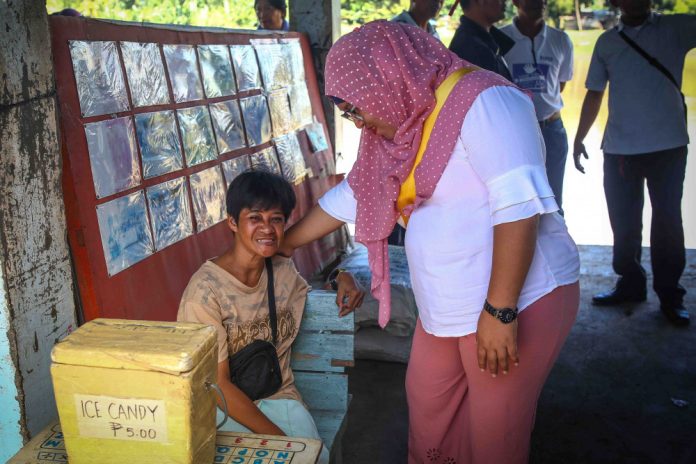 In the Philippines, as in many other countries, disability discrimination is rooted and reinforced by superstitions and misunderstandings. United Youth for Peace and Development (UNYPAD) is a Muslim youth organization that aims to produce competent, effective and skilled young leaders who make a significant contribution to society.

Together with Conciliation Resource, UNYPAD has launched a project to enhance the inclusion of people with disabilities in Pagalungan – officially, the Municipality of Pagalungan, in the Province of Maguindanao, Bangsamoro Autonomous Region and Muslim Mindanao, Philippines.

Despite policy and normative frameworks relating to the rights, participation, and protection of people with disabilities in development, humanitarian, and conflict settings, the task is still hurdled with substantial physical, communication, institutional, and behavioral obstacles. There is a distinct lack of emphasis on the roles and significance of people with disabilities in peace and security activities, particularly peace processes, as well as a parallel gap in practical implementation. When people with disabilities are included in development and humanitarian decision-making, there is evidence of positive outcomes. However, research, policy, and practice have tended to focus on persons with disabilities’ vulnerabilities – as victims of discrimination, marginalization, violence, and abuse – rather than their abilities and potential as peacebuilders. As a result, little attention has been given thus far to the meaningful participation of persons with disabilities in peacebuilding processes, the factors and dynamics that contribute to their inclusion or exclusion, the challenges of ensuring effective representation, and the most successful mechanisms for inclusion.

Conflict is a primary source of disability, and people with disabilities are among the most marginalized and vulnerable groups in any community affected by a crisis or conflict. Due to conflict and persecution, an estimated 9.7 million people with disabilities have been forcefully relocated, and they are disproportionately affected by human rights breaches and conflict-related violence. Persons with disabilities in conflict have a variety of experiences depending on their impairment as well as other intersecting characteristics of identity such as age, gender, religion, ethnicity, indigeneity, geographic location, and socioeconomic class. Multiple forms of discrimination have an impact on their ability to participate meaningfully in peace processes, both directly and indirectly.

For a few months, UNYPAD has among its leadership roles a young woman with disabilities, Norhanie (depicted in the cover image of this article, obtained here).
A member of the Community Safety Working Group for Barangay Long in the Philippines, Norhanie is also president of the Disability Affairs Office. Her innovative work in support of women peacemakers and connect with disabled people, excluded indigenous and religious communities was made possible by her own experiences in front of inaccessible places, lack of understanding of her needs, fear of discrimination and other forms of violence. Her work has led to more cohesion among the members in the community, who are encouraged to learn acceptance and improve their dialogue with groups generally excluded from society.

Find out more about UNYPAD's project