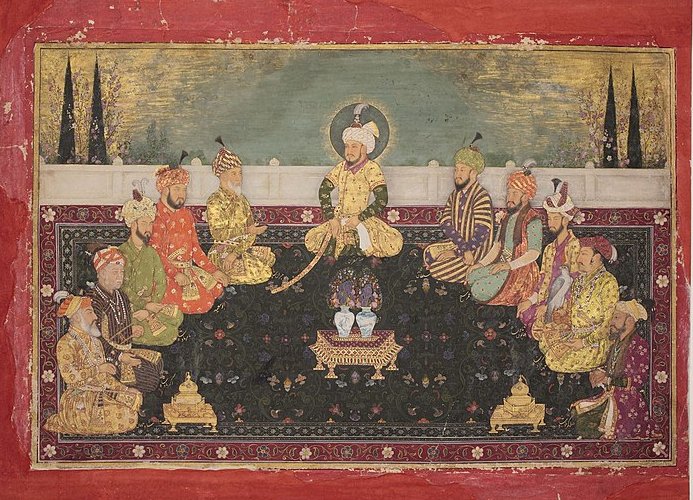 If there is a red thread holding together the return of the old powers in Asia – from Sri Lanka to Pakistan, from the Philippines to Myanmar – its name is dynasty. It is a phenomenon that combines economic and financial power with the network of family and class ties that have dominated the presidency of power over the centuries, giving rise to a ‘brand’ invented at the time of dictator Ferdinand Marcos to describe his domination of the economy; crony capitalism, or kinship capitalism. It is a system in which businesses thrive not as a result of free competition but thanks to an economy bred out of collusion between entrepreneurs and politicians, and in which the network of families becomes the paradigm.

This system has not only been a reality for the right, of which Ferdinand Marcos senior and Suharto were the best interpreters, but also for the left-wing regimes: examples are the Bhutto family in Pakistan or the Nehru-Gandhi in India. In many countries, this dynastic tradition has fortunately broken down, as in Jokowi’s Indonesia and to some extent also in Modi’s India. Not so in Pakistan, where the Bhuttos and Sharifs are back in an updated revival that brings together right and left to oust the popular-populist premier Imran Khan, loved by the crowds as a cricket champion but also as the new man who had broken the mould of the great potentates.

The return to the old pattern comes back forcefully in the Philippines where a powerful partnership between the two Marcos-Duterte families has been realised, which presented Ferdinand Marcos Jr and Sara Duterte in the presidential elections. While it can be said that the Duterte fortune is as recent (and fast-growing) as their presence on the political scene, that of the Marcoses (whose family had been exiled by the so-called People Power Revolution of 1986 without too much of a dent in the family business network) has only grown stronger since the family was allowed to return in 1991 and Marcos jr was allowed to run for office.

The Sri Lankan case stands on its own. The Rajapaksa family has ruled there for decades and has always juggled power. When Mahinda was president, Gotabaya was his defence minister. With Gotabaya as president, Mahinda served as premier before resigning on Monday in front of an angry public square and a street battle triggered by his thugs (militias rather than just supporters). Yesterday’s choice by Gotabaya, to whom common sense would suggest resignation, was to entrust the army with the management of the present, i.e. the repression of a movement to contain which Mahinda’s militias were not enough to bring to a close on Monday with a toll of seven dead and 200 wounded.

And the example of Sri Lanka highlights two other important elements which, together with the strength of family dynasties, govern the affairs of most Asian countries: militias and armies. These two armed groups play diametrically different roles: the proliferation of militias, had in Indonesia, also infected the opposition parties to the Suharto dictatorship, creating a service force in many cases capable of triggering micro conflicts. The army, on the other hand, is a dynastic force in its own right, where the clientele passes through the military ranks. This is the model of Pakistan, where it has always played a significant role in the economy as well, or of Myanmar, where the economy is a total hostage of the men in uniform. The Tatmadaw – the national army – is an unchallenged ruler that has been able to easily defeat the fragile dynasty from which Aung San Suu Kyi hails, although – in the latter case – we have seen the emergence of an opposition movement so resilient that it has partly merged with militias that are, however, structured as real regional armies that are headed by ethnic autonomies.

The examples on the persistence of dynastic and family networks can continue elsewhere by looking at Central Asia or even Afghanistan where, however, the Taliban movement managed to break the pattern of the old power hierarchies based on the clans and tribes that had inherited the hegemony of the Durrani monarchy. One wonders what rewards this breed of masked dictators who embody the myth of authoritarian, violent and unilateral command. There is perhaps a desire for stability that rewards the image of the autocrat, but also the illusion of wealth guaranteed more by the hope, which Berlusconi embodied in Italy for example, of easy profit rather than by solid development programmes. Social media are not enough to explain Marcos Jr.’s success, nor do we know if his 30 million votes – which have doubled those obtained by his rival Leni Robredo – are youth votes and not instead, at least in part, also the expression of old camarillae, of votes bought precisely thanks to the money produced by that crony capitalism of which the heir Marcos is running to be, after his father, the new champion.

Cover image: Painting, depicting the Mughal dynasty in India
*: This article also appeared in the Italian Il Manifesto and Lettera22.