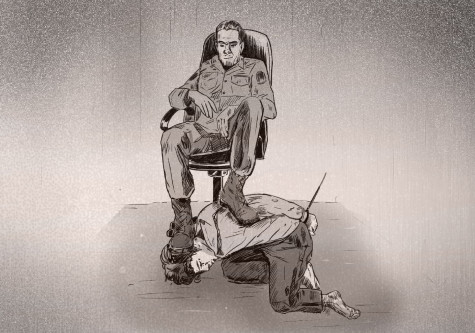 The Gulf Center For Human Rights organization has published its 14th periodic report on human rights violations taking place during popular protests in the country. The report aims to highlight the issues of persecution and arrests against activists, who are still being murdered.These murders continue to go unpunished. The authorities were unable to persecute these violations and protect those victims who did not lose their lives in these attacks.

Several activists have been jailed due to censorship in the country: many ended up in jail simply for expressing views against the system; Many others are threatened even on social media. In 2020, this was also witnessed on Clubhouse, a new platform used to create chat rooms. Ehab al-Wazni, one of the faces of the protests against government corruption, was killed in May by an unidentified group. A few days later, Journalist Ahmed Hassan ended up in intensive care, after two gunshots to the head and one to the shoulder.

The GCHR association demands the data on the disappearances to be public and the  Security Forces Training to be more focused on preventing violence against protesters. In March 2022, the website published a report on the tortures carried out within Iraqi regions. As reported by the article and confirmed by a 2015 report by the Iraqi High Commission on Human Rights (IHCHR), Iraqi legislation regarding torture is not sufficient to go against this practice.

According to an OHCHR report dating back to 2019, it is difficult to monitor the extent of the phenomenon. However, the “Human Rights in the Administration of Justice in Iraq: legal condition and procedural protections to prevent torture and ill-treatment” report published in 2021 by the “UN Assistance Mission for Iraq” (UNAMI) and the “Office of the High Commissioner for Human Rights ”(OHCHR) states that between 2019 and 2021, more than half of the 235 people surveyed had been subjected to torture. Several are the atypical procedures implemented by the state. Often, the victims do not have access to the lawyers until later in the investigation, during interrogations confessions are extorted by the use of force, torture evidence is not taken into consideration.

In March, “Human Rights Watch” (a New York-based NGO that deals with research and defense of human rights) and “IraQueer” (NGO based in Sweden that fights for LGBT + rights in Iraq) published a report highlighting the violence suffered by the LGBT + community in the country. The report, called “Everyone Wants Me Dead”, revealed multiple acts of violence targeting the queer community, including domestic violence, online intimidation, sexual assaults, torture, attempted murders. The publication’s aim is to directly report testimonies of victims of violence. The report states that 27 of the 54 people interviewed have experienced episodes of sexual assault by armed groups or state actors.

The document contains a table that shows the armed groups suspected of being involved in the violence perpetrated. The report concludes with letters addressed to the institutional representatives: Minister of Foreign Affairs, Prime Minister of the Republic, and the Kurdish Regional Government, calling for action and improved surveillance. The Iraqi criminal code vaguely refers, in some clauses, to morality and criminalize “immodest act” (Art. 401) and “public indecency” (Art.402). This discourages reports of violence against the LGBT+ community for fear of retaliation through the use of the aforementioned articles.

Find out more about the centre here