Home World America Ottawa’s convoy protests: from the streets to the web – and back 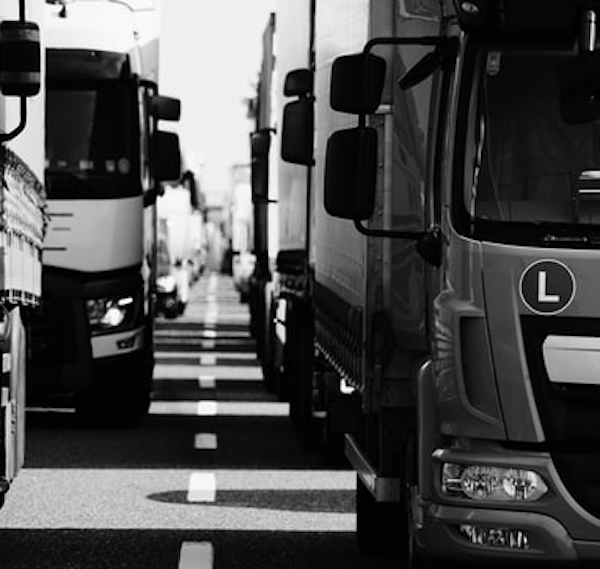 As Ottawa’s new police chief prepares to remove the blockade of no-vax truckers that is paralysing Canada’s capital city, the clash between supporters and opponents of the so-called Freedom Convoy is shifting to the web. And, from there, it threatens to return to the streets in tangible form again. A crowdsourcing website called End the Occupation monitors the convoy’s hotspots, allowing Ottawa residents to see where other citizens have reported being harassed or blocked. And some are going further. An Instagram account, @ottawaconvoyreport, has collected photos and videos of people and trucks engaging in illegal behaviour. Among them, the deafening and continuous sound of truck horns, at all hours, to the point of causing a police injunction. Some protesters camped out in parks and in various corners of the city continue to harass passers-by. An extreme form of protest that has set an example in various cities in the United States and around the world.

Many Ottawa residents have had enough and are now taking the initiative. Some are simply crowdsourcing maps of the convoy’s hot spots, but others have gone further, posting the faces and names of the blockade participants to publicly shame them. Leo (a pseudonym) is a computer security professional who lives in the residential neighbourhood surrounding Ottawa’s government buildings. On 2 February, Leo used Ushahidi, a software mapping tool commonly used for election monitoring, to create the now popular crowdsourced site: End the Occupation.

His goal is to create a real-time map that Ottawa residents can use to see where people have reported being harassed or stopped in their tracks. A way to combat what he sees as an inadequate response from local police, who he believes has often sided with protesters. To promote the map and get her neighbours to post information, Leo asked Ottawa city councillor Shawn Menard to share the link on his Twitter feed. Menard says he felt compelled to do so. “The site shows how resident organisation, supported by technology tools, can enable powerful knowledge sharing and community crowdsourcing, which paints a bigger picture that would normally be reserved for traditional forces like police,” he says. “I shared it because of the lack of support for Ottawa residents from traditional institutions.” But within hours, the site was flooded with spam. “There were explicit pornographic images, racism, anti-Semitic material, misogyny,” says Leo. The spam became so prolific that he had to temporarily shut down the site.

Other Ottawa activists are going further. One site, Convoy Traitors is using WordPress to post photos of protesters, number plates, names of trucking companies identifiable by the writing on trucks, to trace their identities. “Our mission is to document every company identified as being involved in the 2022 Convoy Truckers occupation of Ottawa,” the site’s mission statement says. “This includes truckers, support businesses, hotels and restaurants. By naming and tagging we hope to ensure that any future internet searches reveal the true nature of these businesses.” On Instagram, @ottawaconvoyreport posted images of those engaging in illegal behaviour to serve as future evidence and accountability. The account is reminiscent of @homegrownterrorists, which used its feed to name and shame people who participated in the 6 January assault at the US Capitol. On 10 February, @homegrownterrorists, which remains an anonymous account, shared @ottawaconvoyreport’s information on its Instagram stories, suggesting it approved of the approach.

Some of the experts expressed concern. It borders on doxxing: posting a person’s name and other personal information on the internet, often inviting threats to personal and family safety. “It’s (…) a question of ethics and intent,” says Casey Feisler, an assistant professor of information science at the University of Colorado at Boulder, who studies online communities and ethics. “Do we want the person driving that truck to be fired and no longer have an income? Does that solve the injustice?(…) What is the difference between online shaming and vigilantism?” he asks. “And ( how do we determine) the difference between ‘good’ vigilantism and ‘bad’ vigilantism?

Meanwhile, Steve Bell, who was appointed interim head of the Ottawa Police Service after his predecessor was removed for lack of commitment in contrasting the Freedom Convoy, told city councillors Wednesday evening that the police have an operational plan to regain control of the centre of Canada’s capital. “This will not be a quick turnaround. This is an operation that will take (…) a number of days to execute and implement,” Bell said. “We’re going to take back the entire core of downtown and any space that’s occupied. … We will remove this illegal protest. We’re going to bring our city back to a state of normalcy. Given the large number of vehicles still stationed on the city’s main roads, it remains unclear what impact this could have on the effectiveness of police action. A number of vehicles appear to be moving from positions along Wellington Street, opposite Parliament Hill, while significant sections of central streets, such as Kent Street, remain blocked.

Fences have been erected around the Senate and Parliament, and the police were able, between Thursday and Friday, to secure a large area of the city centre – despite the storm that hit the city with snow and freezing rain. However, the “secured area” inevitably feels like living in a police state. Checkpoints have been established, closures continue to cause disruption to exhausted residents, and the trains into the city centre have stopped on Friday. The feeling is that the state of emergency is far from being over.

On Thursday morning, police had distributed leaflets highlighting the potential for severe consequences for those who persist in the blockade action. “The Ottawa Police Service wishes to inform you that, under provincial and federal legislation, you will face serious penalties if you do not cease further illegal activity and immediately remove your vehicle and/or property from all illegal protest sites,” police said in the notice. These consequences include criminal charges, seizure of licences and vehicles, suspension or cancellation of commercial vehicle operator registrations, and freezing of personal and corporate bank accounts, including for virtual currencies. Demonstrators remaining in the capital reacted by posting notices on the sides of their trucks stating that police are not allowed to enter the vehicles.

The Ottawa-based Children’s Aid Society had also warned that anyone participating should “have plans in place to care for their children in the event of police detention.(…). CASO has a mandate to protect a child when their parent is no longer able to exercise their custodial rights over the child and the parent has failed to make adequate arrangements for the care and custody of the child,” the statement reads.