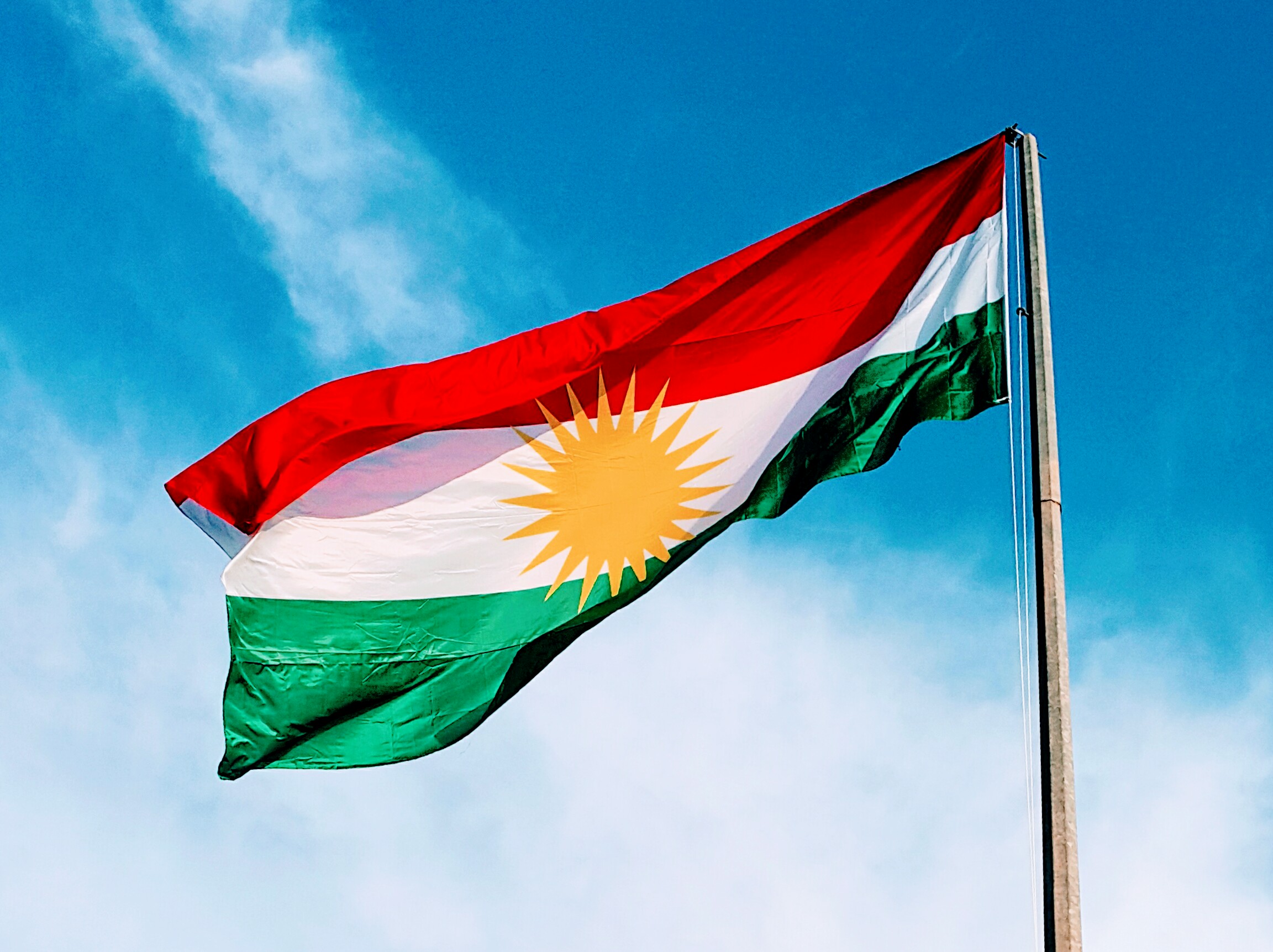 The Kurdish people are involved in several conflicts; all Kurdish regions, except perhaps those enclosed in the Iranian territory, are tormented by wars. The Syrian and Iraqi Kurds are in open conflict. Suffering constant repression and attacks, perhaps more than any others, are the Kurds living in Turkey. The geopolitical importance of Kurdistan, straddling four states, together with the considerable oil and water resources of its territory, has always hindered the creation of an independent state.

The Kurds as a people, therefore, find themselves living in very distinct situations, demanding to be able to speak their own language and observe their traditions, on the one hand, and fighting openly in regional conflicts, on the other. Here are some of these situations.

The Kurds in Syria and Iran

The Kurds in Turkey

WHO DOES WHAT: The Iraqi Kurds and the Failed Referendum

The Kurds in Syria and Iran

The Kurds in Syria are a minority community located mainly in the northern areas of the country, in the provinces of Al Hasakah and Aleppo. Most Kurds mainly live in Turkey and Iraq. However, in Syria there is also the Rojava region (see focus 2).

The Kurds are an active part of the Syrian conflict. The YPG (male) and YPJ (female) militias have been and are among the main players in the war. Allied with the United States, they fight against the self-proclaimed Islamic State and now in the clash with Turkey. Since September 2014, US coalition bombings and raids have become the main military aid to Syrian Kurds.

Damascus has an ambivalent attitude towards the YPG/YPJ. On the one hand he fears the independence of the region, on the other, he considers them an ally in an anti-Turkish action. The first effective attack by Ankara against the Syrian Kurds took place in January 2018 with the “Olive Branch” operation, which aimed to conquer the canton of Afrin against the YPG forces. Following the offensive, many Kurds in Afrin have been forced to leave, in a substantial exodus. Erdogan has repeatedly threatened to repeat this operation in Manbji as well.

A different situation, on the other hand, is the one experienced by the Kurds in Iran. Between twelve and fifteen million Kurds currently live in the country. Some Kurdish political parties are active in Iran: between them, the Democratic and Free Society of East Kurdistan, KODAR, the Kurdistan Free Life Party, PJAK, the East Kurdistan Free Women’s Society, KJAR and the East Kurdistan Youth Society, KCR. In particular, The KODAR Party proposes a model of democratic autonomy at the forefront of the political situation of the countries of the Middle East.

The Kurds in Turkey

The repression of the Kurds in Turkey is not a recent policy choice, and it was not started with Erdogan. Despite this, however, it can be said that with Erdogan’s presidency the situation has at least worsened. At least since 2015, the year of the elections that did not allow Erdogan to obtain a majority able to change the country’s constitution, the repression against the Kurds has become more stringent.

Among the methods used there have been the arrests of hundreds of people including mayors, journalists, activists, the commissionering of hundreds of municipalities, and the bombings and destruction of entire cities (over twenty) including the historic center of Diyarbakır. Kurds in Turkey are prevented from speaking the Kurdish language and observing their own traditions, otherwise facing harsh repression. Every day the Kurds in Turkey fight a psychological war, made up of systemic injustices and mistreatments.

The question of the Turkish Kurds is closely linked with that of the Syrian Kurds. One of Turkey’s strong concerns is to prevent the Syrian Democratic Forces and the Kurdish people from achieving military and political success in Rojava. Indeed, the Turkish president has repeatedly stated that “We will never allow the creation of an autonomous State in the North of Syria along our southern border. We will continue our fight at any cost ”.

WHO DOES WHAT: The Iraqi Kurds and the failed referendum

Another relevant front is that of the Iraqi Kurds. In September 2017, Iraqi Kurdistan went to the polls for a referendum to decree the independence of the region, mostly inhabited by Kurds. 72 percent of those entitled to vote went to the referendum, and 92.7 percent voted in favour of independence from Iraq.

The Baghdad government, however, has never accepted the decision of the Erbil regional government to hold the referendum. Since that vote, everything seems to have changed in the area. The historic dream of an independent Kurdish state has now disappeared from the promises of the candidates of the two parties in the area, the Patriotic Union of Kurdistan, PUK, and the Democratic Party of Kurdistan, KDP.

According to the informal system of power sharing in Iraq, the head of state must be a Kurd, the speaker of parliament a Sunni and the prime minister must come from the majority Shiite community in the country.

In the past, the two main Kurdish parties have always found a compromise for the nomination of the presidential candidate, but in October 2018 they presented themselves divided, each presenting its candidate.

The Kurdish people are currently divided into six states: Turkey, Iran, Iraq, Syria, Armenia and Azerbaijan. In total it is estimated that they are between 20 and 30 million, therefore making the Kurds the largest stateless people. Most of the Kurdish population is currently in Turkey (around 13 million people).

Their historical region is Kurdistan (“land of the Kurds”), which however was never established as an independent state. Kurdistan is a mountainous region of Asia Minor: about 450,000 square kilometers wide and bordered by the Tigris and Euphrates rivers. The Kurds who live there are a very ancient population and speak a language of the Iranian family. The history of the Kurdish people is therefore long and tortuous. As two key moments, we recall the signing of the Treaty of Sèvres of 10 August 1920, which established the right to autonomy for the Kurdish population in a restricted territory but which was never recognized by Turkey, and the 1991 massacre. It was the end of the Gulf War: a new independentist insurrection broke out in Iraqi Kurdistan, but it was quickly suffocated in blood by order of Saddam Husain.

On that occasion, the United Nations condemned the repression and created a security belt in Northern Iraq. More than a solution, however, the UN action was a palliative. In fact, the Kurds are still persecuted and repressed in each of the States they inhabit. The goal of creating an independent State appears as an increasingly complicated hypothesis: none of the countries involved is willing to cede more or less large areas of its territory to the Kurdish people. The repression that has hit the Kurds, especially in Turkey, and the search for work have determined the Kurdish diaspora: today, about half of the world’s Kurdish population lives outside Kurdistan, especially in Germany.

Democratic confederalism is a model of self-government based on the ideas of the founder of the Kurdistan Workers’ Party (PKK), Abdullah Öcalan, who has been detained since 1999, in absolute isolation, in a maximum security prison on the desert island of Imrali.

According to the Uiki portal, the Kurdistan news portal, “the” Democratic Nation “is a project that goes beyond the limited artificial political boundaries that have been created by the colonialist powers as an extension of their political strategy of division and domination in society” .

In this sense, a democratic nation means plurality and community, and the coexistence of free, equal and united citizens. In Ocalan’s writings the Democratic Nation is a project that aims to generate democracy and fraternity, peace and freedom: not only among the Kurds and not only in Kurdistan, but among all peoples throughout the Middle East. The goal of Abdullah Öcalan’s project is therefore to spread a new mentality and create structures made of free and politically active citizens, regardless of their ethnicity, language, culture and religion. This self-government system aims to ensure that all members of the community are politically active. The attribution of power to democratic institutions derives in fact from the assemblies, that are organized at local, regional and national level. The first factual example of this model is the one developed in the Rojava region in Northern Syria.

On January 20, 2014, the so-called “social contract of Rojava” was promulgated, sanctioning the birth of the cantonal federation of autonomous regions of Rojava.

The region is administratively divided into three regions: the one of Afrin, that of the Euphrates and the one of Jazira. The first coincides with the canton of Afrin, the second with the Kobane area, while the third with the province of Al Hasakah. The institutions that govern the region are the National Assembly, the Executive Council, the Supreme Court and then the various local and municipal bodies. Damascus has never recognized autonomy and independence in Rojava, nor has done so far any foreign power.

Lebanon, the death of a country