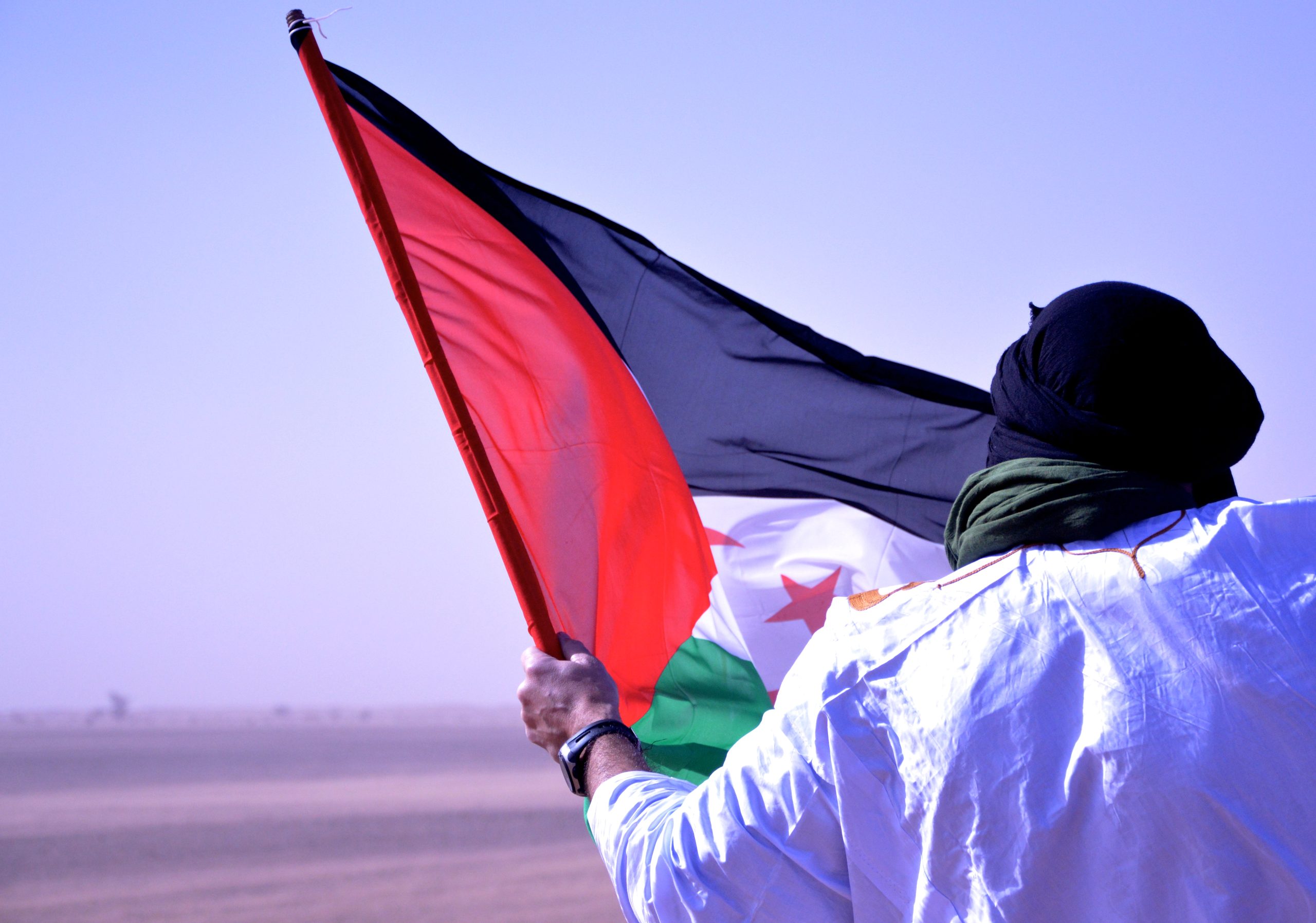 The recognition of peoples’ rights is often at the core of conflicts. Even today, in fact, wars persist in the world centered on populations that demand the recognition of their land, rights, and the acknowledgment of the international community.

The Atlas of World Wars and Conflicts has decided to dedicate a series of “dossiers” to some of these situations, analyzing the situations of those peoples with no land, of those who see their own territory occupied by external forces, and of minorities scattered and forced to flee from abuse, violence or simply from unacceptable living conditions.

This series begins with an analysis of the Sahrawi people, who have been waiting since 1975 to enjoy the internationally recognized fundamental right of self-determination. Despite numerous UN condemning resolutions, the land has not yet been liberated by the Moroccan government, which has been illegally occupying it since Spain abandoned the former colony.

For this reason, Western Sahara can be considered the last African colony still awaiting independence. In this dossier we will analyze some of the fundamental issues of this conflict: from the new dialogue in the UN, to the (possible) awakening of the Minurso mission, to the dividing wall still strewn with millions of anti-personnel mines.

WHO DOES WHAT: The President in Exile

FOCUS 1: The Broken Down Mission

The Polisario Front and Morocco met at the same table after several years. On 5 and 6 December 2018 was held the Conference on Western Sahara, wanted by the UN emissary Horst Kohler and supported by most of the countries in the Security Council. According to the observers, the step forward was significant: until recently,, Morocco would have never agreed to sit at the same table with the Sahrawi representation, which it considered illegitimate. Algeria and Mauritania were also present at the table, as observer Countries.

According to a press release released by Horst Kohler after the two-days meeting, “The conference laid the foundations for an eventual peaceful solution in Western Sahara, in an atmosphere of frankness and mutual respect”.

Despite the good intentions, however, the first round of discussions only led to the resumption of direct talks after six years of stalemate, but did not go further. The following meeting is scheduled for March 2019. During the Conference, the Polisario Front underlined – among the critical issues of the population – the “respect for human rights, the release of Sahrawi political prisoners and the opening of the occupied territories to journalists and international observers to monitor the situation in Western Sahara “.

Among the diplomatic successes of the Polisario in 2018 there is also the new ruling of the European Court of Justice, which annulled the agreements between the European Union and Morocco for the use of airspace in Western Sahara. According to the Court, in fact, “they cannot be applied to a territory that has a status separate and distinct from the Kingdom of Morocco”.

Such small victory for self-determination added to those obtained in 2016 and 2017, when the Court ruled the economic liberalization agreement established in 2012 between Morocco and the European Union not applicable to Western Sahara. The 2012 agreement provided for reciprocal liberalization measures for agricultural and fishery products but, by establishing the exploitation of the natural resources of the territory of Western Sahara de facto under Moroccan control, it constituted a damage to its inhabitants and a prejudice to their fundamental rights.

The Court of Justice of the European Union had taken a position in this regard with the judgment of the 21st  December 2016, which, however, did not intervene on fishing. The fisheries agreement was also later declared invalid by a ruling by the European Court of Justice in February 2018. The ruling once again established that the territory of Western Sahara, and therefore also the surrounding waters, are not part of this EU-Moroccan agreement, nor of any other.

WHO DOES WHAT: The president in exile

Brahim Ghali is the president of the Sahrawi Arab Democratic Republic. Former SADR Ambassador to Algeria, Ghali was a key figure in the Sahrawi people’s struggle for self-determination and independence from Morocco. He participated in the creation of the Movement for the Liberation of Saguia el Hamra and Wadi el Dhahab, in 1970 in the Intifada against Spanish rule, in the foundation of the Popular Front for the Liberation of Saguia el-Hamra and Rio de Oro (Polisario Front) in 1973 , and contributed to the birth of the Sahrawi Republic in 1976.

Ghali succeeded Mohamed Abdelaziz, one of the founders of the Front and president of SADR since 1978, or for eight consecutive terms, who died in 2016. In the Sahrawi organization, the president is also the secretary of the Polisario Front. The president and the entire government carry out their functions from the refugee camps in the Algerian desert, where all the Ministers reside.

FOCUS 1: The broken down mission

The Minurso (United Nations Mission for the Referendum in Western Sahara) is the United Nations peacekeeping mission in Western Sahara. The mission is renewed every year in April. Launched in 1991, its tasks include monitoring the warring parties’ compliance with the ceasefire, supervising the release of all prisoners of war, and implementing the repatriation program.

Since 6 September 1996, the United Nations Mission for the Referendum in Western Sahara, Minurso, has been monitoring compliance with the ceasefire and organizing the self-determination referendum, which however has only remained on paper. The referendum was constantly blocked and postponed by Morocco, which in the United Nations Security Council can count on a strong ally, France, and on its veto power.

However, Minurso is an atypical mission: it is in fact the only one that does not hold any powers in the field of monitoring violations and respect for human rights. In 2018, the extension of the mission was voted in October and will end in April. The six-monthly extension, according to the United Nations itself, is functional to the negotiation table started in December, which could lead to unblocking the situation.

In January 2019, Morocco accused the Polisario Front of violating the ceasefire imposed by the UN Minurso mission, accusations rejected by the same mission. “The UN MINURSO mission – said the UN spokesman, Stephane Dujarric, during a press conference in New York – was present during the two alleged incidents and I did not notice anything that could constitute a violation of the terms of the agreements in force” . Morocco had sent a letter to the Security Council in which the Polisario Front was accused of having violated the ceasefire during some military maneuvers on 6 January in Mhiriz, and while inaugurating some administrative premises in the so-called Sharawi “liberated territories’.

Starting in 1980, Morocco began building a wall over two thousand kilometers long. The terrifying military work consists of bunkers, fortified posts, and minefields. The fence, electrified and five meters high, is made of stones and sand. The fortification still divides those families who live in the Occupied Territories (Western Sahara) from those in the Algerian desert. Some of these families have been able to meet on very few occasions organized and ‘escorted’ by the United Nations.

In a message to the UN secretary Antonio Guterres, the president of the Sahrawi Republic Ibrahim Ghali confirmed the destruction of the last mine reserve owned by the Polisario Front. According to the president himself, however, over 7 million anti-personnel mines remain buried under the military wall built by Morocco. The silent enemy harms 20 victims a year. It is mainly civilians who pay the price, representing 80% of the victims. In many cases, these are minors. According to data published in the Landmine Monitoring Report, from the construction of the wall to 2015, more than 2,500 people were injured, maimed or killed in Sahrawi territory. The explosive devices are of Italian, Portuguese, Russian and Chinese manufacture.

U.S.-Africa summit: Biden aims to catch up with Beijing