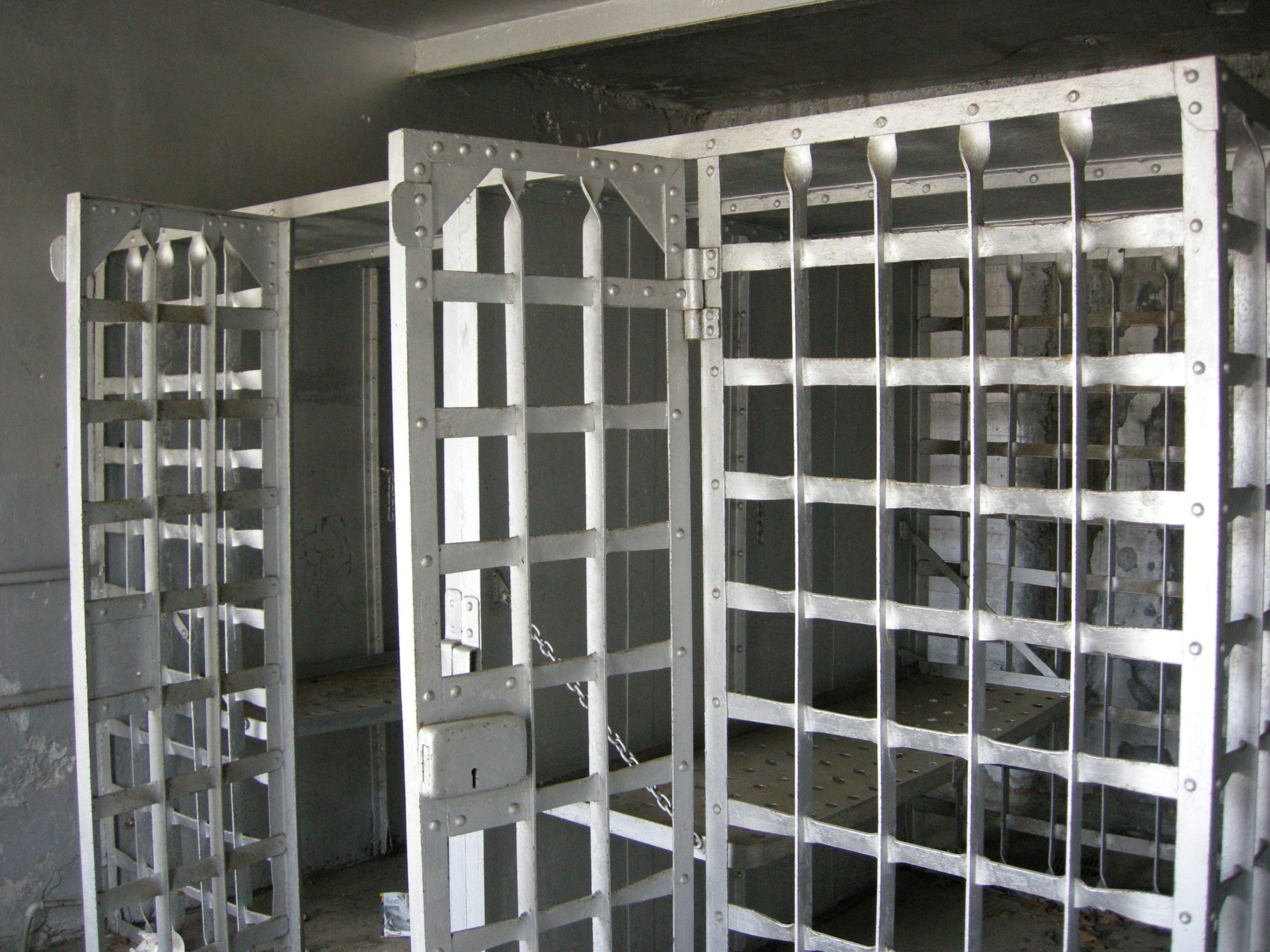 The spread of Covid-19, outside as well as inside prisons, has led to a varied series of responses from States in contrasting the pandemic. In this dossier we analyze some country cases, paying particular attention to political prisoners and to the treatment reserved for them in the various penitentiary systems.

It is clear that, even where the States’ choice was to grant substantial amnesties to alleviate prisons’ overpopulation, these measures excluded individuals who are in prison for crimes of opinion, or for political activism. The risk is that, once again, the victims who pay the price of the pandemic with their lives will be those who oppose regimes, journalists who do not accept gags, lawyers who defend activists, and so on.

Below is an overview that takes us to North Africa, the Near East, Russia, the Caucasus and Asia.

WHO DOES WHAT: Burmese and Iranian Prisoners

Egypt is the country most affected by the pandemic in North Africa, and there is very high concern over an uncontrolled spread of the virus in prisons, already overcrowded and with poor hygiene conditions. The National Council for Human Rights, in May 2015, reported that prisons were at 160% of their capacity.

For this reason, in mid-March 2020, a coalition of human rights activists, politicians and members of civil society sent a letter to the UN Secretary Antonio Guterres and the United Nations High Commissioner for Human Rights, Michelle Bachelet, urging the release of the prisoners, after the confirmation of the first case of Covid-19 in a facility. As reported by Middle East Eye, more than 600 people have died in Egyptian prisons since 2013 due to ‘lack of hygiene and gross medical negligence’.

Meanwhile, on March 18th, four women were arrested for peacefully demonstrating in support of the prisoners’ release. Only after being interrogated for hours and after paying a fine of hundreds of euros were they released. On the same day, the Supreme State Security Prosecutor’s Office (SSSP) decided to release 15 political prisoners, without specifying the reason for the gesture. A negligible number, considering that the detainees could be more than 114 thousand.

In a recent speech, UN High Commissioner Spokesman for Human Rights Rupert Colville said he was concerned about the reports received, stating that the Egyptian government has moved to crack down on criticism on social media and to silence the work of human rights defenders and journalists covering the pandemic. Moreover, Colville also drew attention to the arrest of a doctor and a pharmaceutical worker for posting a video on Facebook complaining about the lack of masks. Precisely in this regard, to demand the release of a thousand doctors and health workers still in prison, some members of the opposition have launched the online campaign ‘Batel’.

On April 13, 2020, shortly after the deaths from Covid-19 of three inmates , Turkey approved a regulation allowing about 90,000 inmates to be released from prison before the terms of their sentences. As expected, the beneficiaries of this provision do not include those who have been convicted of crimes relating to terrorism, ie the majority of political prisoners. The amnesty left almost all dissidents in prison – including 101 journalists – but freed Alaattin Ҫakıcı, a name linked to organized crime, already convicted of numerous murders.
Mustafa Koçak and Helin Bolek of Grup Yorum Helin Bölek died in a hunger strike between the end of March and the end of April. The band was banned from performing in public and its cultural center in Istanbul was raided and closed ten times since 2018. The hunger strike has been continued by several other political and prisoners of conscience.

The situation is tense in Israeli prisons, too. According to  Addameer, an organization for the rights of prisoners, despite covid-19 there are 5400 Palestinian prisoners in Israeli prisons (including 60 women, 127 minors and 19 journalists). Of these, over 500 are in administrative detention: a procedure, illegal under international law, which allows the Israeli army to detain a person for a maximum period of 6 months which can be renewed indefinitely, without charge or trial. On April 17, since 1974, Prisoners’ Day has been celebrated in Palestine. Over a million Palestinians have been held in Israeli prisons since 1967, at least 222 have died there, including 65 due to lack of medical care, according to the Palestinian Prisoners Group.

Israel has not adopted amnesties linked to the spread of the virus in prisons. The Israeli Penitentiary Service, as reported by InfoPal, has limited the right of the sick and injured prisoners to be visited in medical clinics, and canceled all health checks despite many suffering symptoms of the virus. Direct communication between legal representatives and Palestinian prisoners was also banned, allowing them to contact their clients only by telephone and not enabling them to assess the health and safety of detainees. The director of the Center for Studies on Prisoners, Raafat Hamdouna, reported that there is a shortage of periodic medical examinations, adequate medicines, laboratory tests and that prisoners are postponed from urgent surgery. He also added that the Israeli authorities prevent the Palestinian Ministry of Health from sending medicines to prisoners.

The Palestinian prisoners launched an appeal at the end of March: “Ours is a cry of protest addressed to the whole world and to all free people to make known our situation of danger, without any protective measure against us with the contagion that is taking place. propagating “.

WHO DOES WHAT: Burmese and Iranian prisoners

On April 17, 2020, the Myanmar government decreed an amnesty which benefited 24,896 prisoners. The press release from President Win Myint’s office, which announced the leniency measure, does not mention the spread of Coronavirus among the reasons for the gesture, but the pardon was granted to more than twice the people that would normally receive it in other occasions.

Among the beneficiaries, however, there are no prisoners of conscience and activists. “It is frightening – reads an April 18 statement from Amnesty International – that prisoners of conscience and peaceful activists have been largely excluded from the presidential amnesty. They should not be in prison as they are victims of repression, harassment and arbitrary arrest by the Myanmar authorities ”. According to the Myanmar Political Prisoner Assistance Association, 92 political prisoners were in jail as of April 2020 and another 124 are in detention but awaiting trial.

The approach taken in Iran, one of the countries most affected by the pandemic, was instead slightly different. In mid-March, some 85,000 inmates were temporarily released: between them, some were political prisoners. UN Special Rapporteur on Human Rights in Iran, Javaid Rehman, said that only those with sentences of less than five years were released and that prisoners accused of heavier sentences and those linked to participation in anti-government protests remained in prison. Human rights activists have also said that the Islamic Republic has released at least a dozen political prisoners, but that the ‘most important figures” remain incarcerated.

The ongoing coronavirus emergency has prompted the leaders of Algeria, Morocco and Tunisia to release several thousand detainees to ease the already overcrowded prisons. On April 1, Algerian President Abdelmadjid Tebboune decreed the release of 5037 detainees, but according to Human Rights Watch, this did not include activists of the protest movement Hirak, born in February 2019 to oppose the umpteenth candidacy of the then president Abdelaziz Bouteflika. Indeed, the repression of opponents continues in the country.

The same happened in Morocco and Tunisia, where their respective leaders granted a pardon to 5654 prisoners in the former and 1420 in the latter country. Even in Morocco it is not clear whether the released inmates include any demonstrators from the Hirak movement, which exploded in the country between 2016 and 2017. Moreover, 39 activists and Sahrawi citizens remain in Moroccan prisons.

Russia is the European country that holds the record for the number of prisoners. According to Amnesty International, more than 500,000 people are in prison. Of these, 9 thousand are over 60 years old, hence more exposed to deadly consequences of the virus. About 19% are in pre-trial detention, which is often the most crowded section and therefore the most at risk during the pandemic. The same organization also stated its concern about the isolation of prisons and about their transportation: crammed into trains without health facilities, water or electricity. Furthermore, in Russia just like in Egypt, what concerns is the repression of anyone publicly exposing the weaknesses of the health system, as evidenced by the arrest of Dr. Anna Vasylieva.

In Azerbaijan, on the other hand, between the end of March and April 2020, following the coronavirus emergency, President Ilham Aliyev granted an amnesty to more than 300 prisoners. On the other hand, however, the pandemic seems to have offered him the ideal opportunity to crack down on his opponents, many of which were arrested at the end of March.