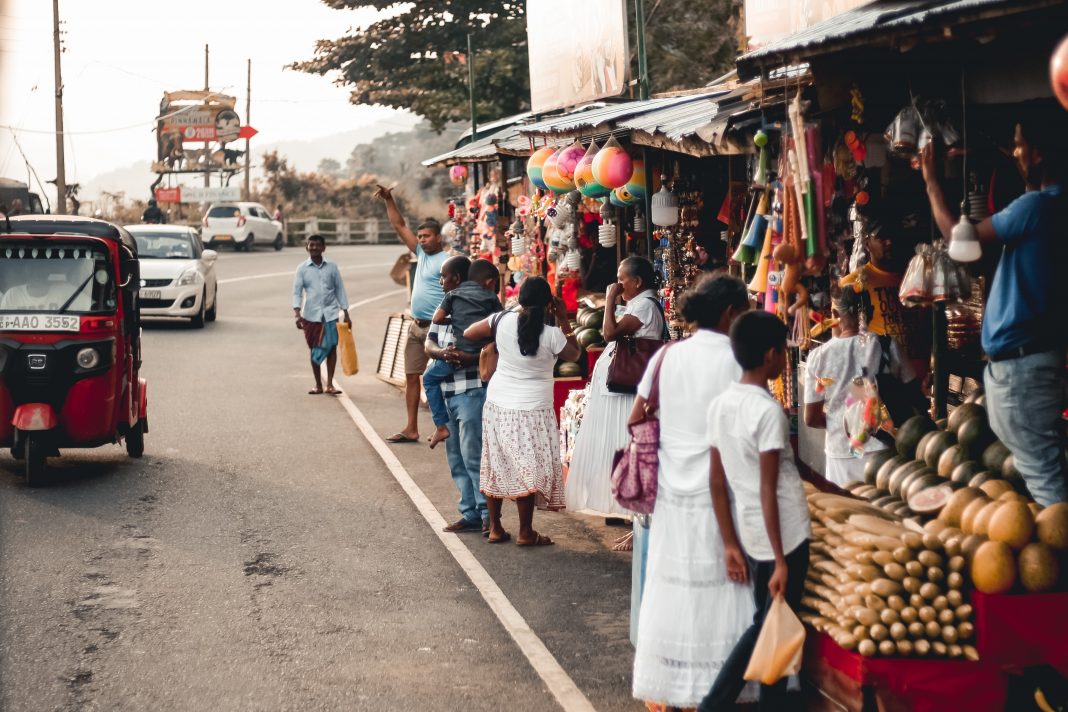 Sri Lanka is facing its worst financial crisis in 70 years, with food prices rising by a staggering 30% in March alone. In a country of 22 million people, massive protests across the country are calling for the resignation of the President and anger is mounting towards the powerful Rajapaksa family, whose members hold several top positions in the government, including President Gotabaya Rajapaksa and Prime Minister Mahinda Rajapaksa. A reportage from Ratnapura, one of the most important cities in the Indian Ocean’s Tear.

by Paolo Molteni and Valentina Macchi*

(Ratnapura) – The situation in Sri Lanka is becoming more and more precarious every day. For the past two years, in fact, the island’s economy has been progressively collapsing, heading towards what many economists are already describing as the greatest economic crisis of all time. This has led to soaring food prices, which are making food unaffordable for ordinary people. This has led to general discontent, which often results in protests and violence.

Several causes have led to this historic collapse. First of all is the debt that Sri Lanka has accumulated in recent years, in particular towards China, which has allocated 5 billion dollars to build infrastructure in the country. This has led the Sri Lankan State to the need to restructure the debt through foreign financial assistance, although, to date, the Beijing government has proved reluctant to help the country.

To this was added the Covid-19 pandemic. Two years of the pandemic have completely destroyed the country’s leading economic sector, tourism. This has led to huge domestic unemployment and a reduction in GDP of around 25%. In addition, despite a pale reopening at the beginning of the year, the crisis in this sector has also worsened due to the conflict between Russia and Ukraine, as most tourists came from these two countries.

The Russian-Ukrainian war was also detrimental to the Sri Lankan economy for another reason: basic necessities are imported from foreign countries, and the worldwide increase in prices has led to further problems for the state. In addition to these external factors, detrimental are also the internal policies that the current President Gotabaya Rajapaksa has implemented in the last two years. In order to move towards an organic economy, a law was passed in the second half of last year, banning the use of fertilisers and pesticides in agriculture. Without guaranteeing alternatives, however, the government found itself dealing with one of the biggest crises in the agricultural sector. “I never expected such a choice,” commented one farmer interviewed about it. “To decide to ban everything we need to get something out of the ground is just intolerable!”

Thus, in this general climate of uncertainty, people are forced to face challenges that they never expected until the day before. Sometimes we are forced to make undertakings,” comments a local cook. Here we are afraid: the prices of basic necessities are rising endlessly every day, the power is arbitrarily cut off for very long periods of time. I have relatives in Colombo who haven’t gone out for days because they are afraid of the daily riots. I’m sincerely very afraid!”

The reality on the island is not any better for young people, who are forced to postpone their exams. “Young people are living a paradox: two years of Covid, and now that they could start again, they find themselves forced to postpone their exams because we don’t even have the paper to print out their assignments.” The country has been torn apart by an unprecedented crisis and more and more people are taking to the streets to demand the president’s resignation. In this climate, the deepest fear for many people is that these protests will not turn into systematic violence against the weakest.