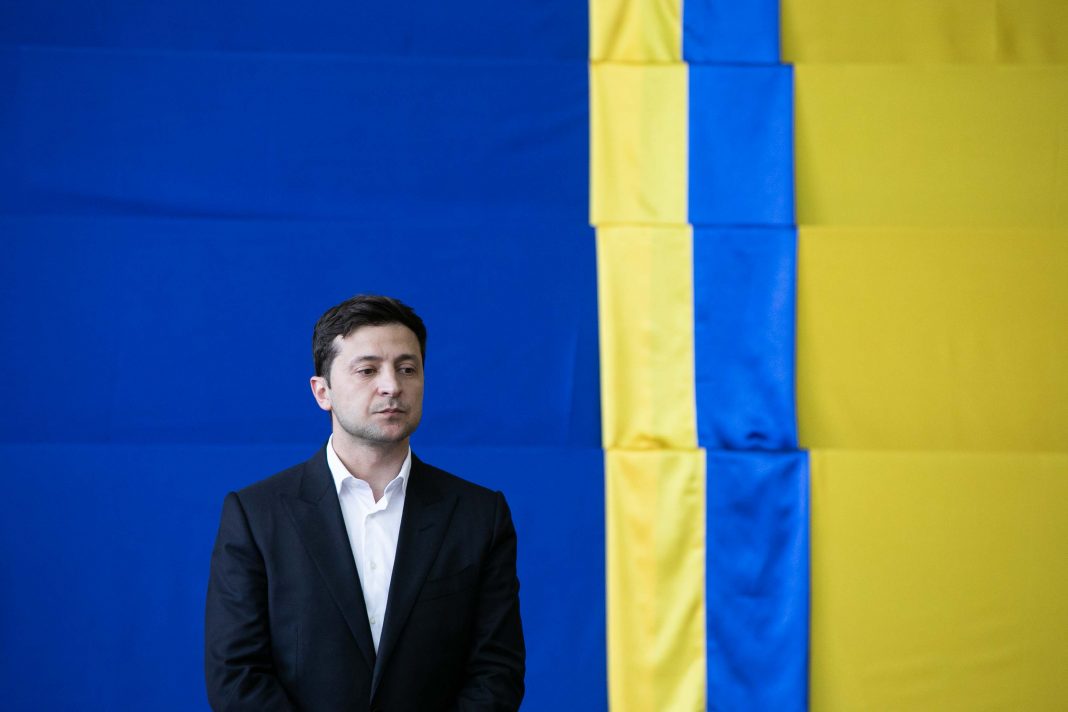 The editorial on the Ukrainian crisis by our director and founder, Raffaele Crocco.

President Volodymyr Zelensky has declared “I’m staying”. He said it abruptly, and it is not a minor step in this war that Putin would like to wage against Ukraine.

The real target of the operation, analysts say, would be him: Zelensky, who is, in any case, the symbol of a government that Moscow perceives as an enemy, because it is too close to Europe and too far from the vassal-like neutrality that Putin demands.

The Russians have been attacking Ukraine and Kyiv since midweek. They cannot justify the war on the pretext of defending the two self-proclaimed secessionist republics of the Donbass. Aircraft and artillery are striking too far from those lands to be able to claim that the intervention serves to define the future border of the separatists.

Putin’s attack is in-depth, targeted, carefully prepared militarily and supported by a political project that has passed through a strategic alliance with China. The Russian president wants to redefine the borders with NATO, recreate Great Tsarist Russia and, at the same time, raise Russia’s specific weight on the world stage.

To do so, he has chosen to unleash war. The fighting, these days, continues very heavily. After the first 24 hours, sources reported at least 140 Ukrainian soldiers dead and 300 wounded. The Russian casualties are said to be at least 800, with heavy losses also in terms of vehicles: 130 armoured vehicles, 30 tanks, at least seven aircraft shot down. Hundreds of victims are also counted among the separatists.

The Ukrainian army is resisting, as the president demands, and is not abandoning the besieged capital. “Enemy sabotage forces have entered Kyiv, but I am staying here,” he explained. ‘Even though Russia has identified me as target number one and my family members as target number two, I am not leaving’. Then, he attacked Europe and the United States: ‘The fate of the country,’ he said, ‘depends on our soldiers and our people. Ukraine has been left alone to fight Russia. Who is ready to fight with us? I don’t see anyone. Who is ready to give Ukraine a guarantee of NATO membership? Everyone is afraid.

Harsh words, bouncing off the indignation expressed by Washington and the European chancelleries. The US said it was ready to accept Ukrainian refugees, with American troops helping European countries to transport them. Biden said he was outraged by what was happening and launched a series of economic sanctions that should – he said – bend Moscow in the medium term. Then, together with Albania, he called for a vote in the UN Security Council on the draft resolution condemning Russia’s aggression. Men and troops are being risked. NATO soldiers guard the borders with Russia in the Baltic States, in Poland. Planes patrol the skies over Eastern Europe. In the meantime, Sweden and Finland are seriously considering joining NATO and Putin is raising his sights again, threatening: “Very serious consequences if this happens”, he declared.

Meanwhile, the path of sanctions is being followed. Technological and industrial supplies have been blocked, the accounts of Russian oligarchs and businessmen have been seized, and trade with the separatist republics has been banned. However, Moscow has not been excluded from the SWIFT international banking system, which allows payments. And gas, which remains outside the scope of sanctions, has not been dealt with in any way.

A choice that many have judged too soft, too cosmetic. Ukraine’s loneliness grows and Zelensky’s accusations to the World remain unanswered. He remains in the capital, with the country mobilised. All men aged between 18 and 60 are on the alert: Putin’s blitzkrieg could last much, much longer than the Russian president imagined.