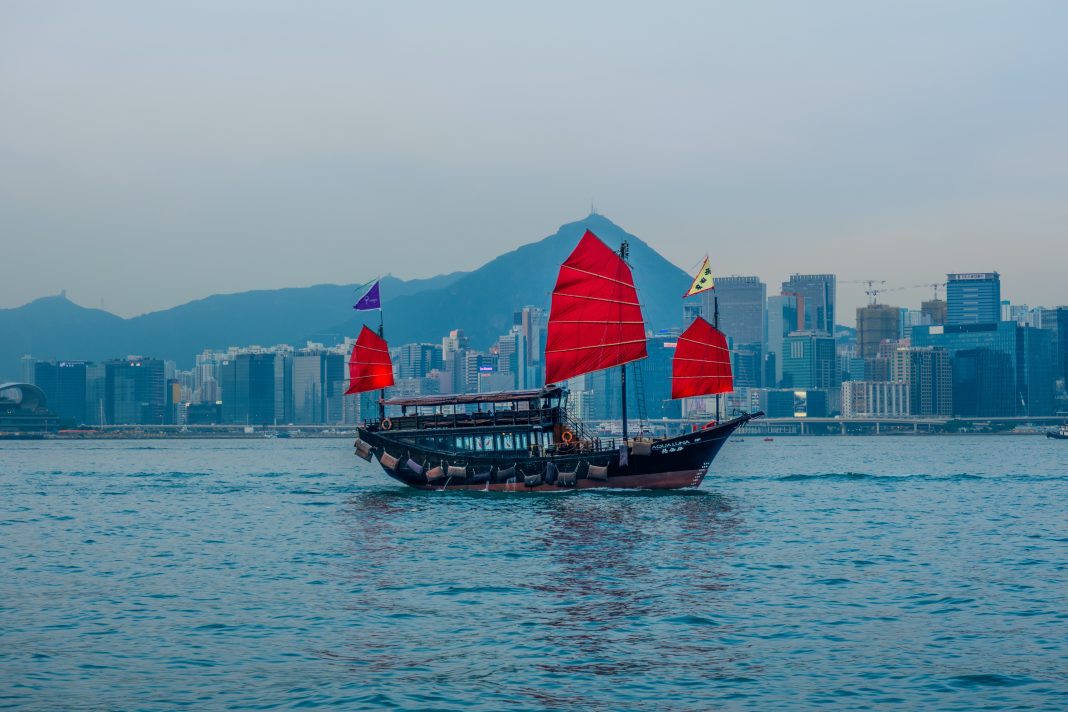 Chinese leader Xi Jinping on Friday marked the 25th anniversary of Hong Kong’s return to China with a speech that emphasised Beijing’s control over the former British colony as part of its vision of ‘one country, two systems’, countering criticism that the political and civic freedoms promised for the next quarter-century have been largely erased under Chinese rule. Xi praised the city for overcoming ‘violent social unrest’ – the massive pro-democracy protests of recent years – and warned that there will be no tolerance for foreign interference or ‘traitors’ meddling in Hong Kong’s affairs. He said that ‘safeguarding national sovereignty, security and development interests’ is a top priority.

“Since returning to the motherland, Hong Kong has overcome all kinds of challenges and moved forward steadily,” Xi said. “Regardless of the international financial crisis, the coronavirus pandemic or violent social unrest, nothing has stopped Hong Kong’s progress.” Until recently, the 1 July handover day was celebrated with an official ceremony in the morning and a protest march in the afternoon. Now, the protesters have been silenced. After the 2019 protests, the authorities imposed a harsh national security law that led to the arrest of dozens of activists, media personalities and democracy advocates, and the dismissal of hundreds of journalists. They introduced a more patriotic curriculum in schools and revamped election laws to keep opposition politicians deemed not patriotic enough out of the city legislature.

Xi also attended the swearing-in of Hong Kong’s new leader, John Lee, the former security chief at the head of the crackdown on dissent. ‘The next five years will be a pivotal time for Hong Kong to move from governance to prosperity,’ Lee said as he took office. Amnesty International warned that Lee’s plans for laws regulating state secrets and cybersecurity are expected to replicate similar laws already in place in China. “The extremely broad definition of such laws facilitates arbitrary enforcement, a fact that creates even more uncertainty and fear for Hong Kong citizens,” said Erwin van der Borght, the group’s Asia-Pacific regional director.

US National Security Council spokeswoman Adrienne Watson said in a statement that China’s policies towards Hong Kong had ‘shaken the institutions, rules and systems that had been the basis of international trust in Hong Kong’. British Foreign Secretary Liz Truss said: ‘We have seen a steady erosion of political and civil rights since the imposition of the National Security Act on 30 June 2020. The authorities have stifled opposition, criminalised dissent and driven out anyone who could speak truth to power’.

In 1839, Emperor Daoguang rejected British proposals to legalise and tax opium, and ordered Imperial Commissioner Lin Zexu to eradicate the opium trade. The commissioner destroyed the opium stocks and stopped all foreign trade, moves to which the British Empire reacted by unleashing the First Opium War. The Qing, aware of military superiority, ceded, and granted the British the island of Hong Kong by the Convention of Chuenpi, which a year later was formally ceded to the United Kingdom by the Treaty of Nanking in 1842. The colony was further expanded in 1898, when Britain was granted a 99-year lease of the New Territories.

As the deadline approached, diplomatic negotiations between the UK and China resulted in the 1984 Sino-British Joint Declaration, in which the UK agreed to transfer the colony in 1997 and China would guarantee Hong Kong’s economic and political systems for 50 years after the transfer. Xi’s speech was the culmination of what China scholar Jeff Wasserstrom described as a ‘tug-of-war’ between two competing visions of ‘one country, two systems’. Many in Hong Kong “have struggled for a more solid understanding of the two systems, to get a sense that there is a very different way of life,” said Wasserstrom, a professor at the University of California, Irvine, and author of ‘Vigil: Hong Kong on the Brink’.

Despite the well-founded perception that Beijing has total control over Hong Kong in mind, in reality the former colony maintains a status of effective autonomy. The territory’s jurisdictional independence is most evident in immigration and taxation policies. The Immigration Department issues passports for permanent residents that differ from those of mainland China or Macau, and the region maintains a regulated border with the rest of the country. All travellers between Hong Kong and Mainland China and Macau must pass through border controls, regardless of nationality. Mainland Chinese citizens have no right of residence in Hong Kong and are subject to immigration controls. Public finances are managed separately by the national government; taxes collected in Hong Kong do not fund the central authority.

Militarily, the Hong Kong garrison of the People’s Liberation Army is responsible for the defence of the region, and the regional government ‘may request’ the garrison’s assistance. Hong Kong residents are not required to serve in the military, and current law does not provide for local conscription, so the defence is composed entirely of non-Hong Kongers.

The central government and the Ministry of Foreign Affairs in Beijing handle diplomatic matters, but Hong Kong maintains separate economic and cultural relations with foreign nations.The territory actively participates in the World Trade Organisation, the Asia-Pacific Economic Cooperation forum, the International Olympic Committee and many UN agencies. The US ended its preferential economic and trade treatment of Hong Kong in July 2020 because it was “no longer able to distinguish Hong Kong as a separate entity” from the People’s Republic of China.

Anti-island sentiment among the Chinese started to grow in the 2010s. The maximum daily quota of 150 immigrants from China and the massive influx of visitors from mainland China have increased the perceived distance between mainland Chinese and Hong Kongers. Fewer and fewer young people in Hong Kong identify themselves as Chinese citizens, Hong Kong University pollsters found. Scandals and corruption in China have shaken citizens’ trust in the country’s political systems; the moral and national education controversy of 2012, the Express Rail Link project connecting Hong Kong to mainland Chinese cities, and the subsequent co-location agreement proved highly controversial. Citizens saw these policies as Beijing’s decision to strengthen its control over Hong Kong. In 2019, almost no young people in Hong Kong identified themselves as Chinese.

The District Council elections on 24 November 2019, considered a referendum on the government and the protests, had a record turnout. The results saw a landslide victory for the pro-democracy front, while the pro-Beijing front suffered the biggest electoral defeat in Hong Kong’s history. The unprecedented electoral success of the pro-democracy voters, the mass arrests during the PolyU siege and the faster police response helped to decrease the intensity and frequency of protests in December 2019 and January 2020.

Now, with the Security Act coming into effect, “The things we thought would always be there have gradually faded away, like the system itself, freedom of speech, freedom of the press, all of that, and we’ve lost faith in our government,” Iris, a 25-year-old Hong Kong woman born in the year of the handover, told Al Jazeera. “In general, our generation is quite desperate for the future,” she said, asking to be allowed to use only her first name. Against a backdrop of diminishing freedoms, nearly 60 per cent of young people have expressed a desire to emigrate in 2021, according to a survey by the Chinese University of Hong Kong.

Hong Kong citizens under the age of 25 are less likely to escape the city’s new political reality than older residents. While those born before the 1 July 1997 handover are entitled to a British National Overseas passport, which since last year offers the possibility of residing in the UK, younger residents have to seek work, study or family channels to emigrate. Many 20-somethings are starting to think more seriously about their future careers and family prospects, which is difficult in Hong Kong, where renting – let alone buying – a flat is out of reach for most young people.