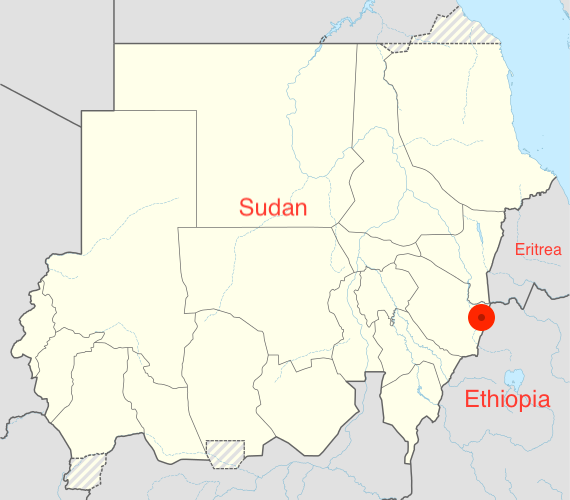 The border conflict between Sudan and Ethiopia ignites once again, this time caused by an offensive military initiative by Khartoum in the al-Fashaga District. (depicted on the map) The district has been disputed since colonial times, and is currently within Sudanese borders.

The military action followed the circulation of images on social media depicting Sudanese soldiers captured and killed by Ethiopian troops on June 22nd. The Ethiopian government denied the other side’s reconstruction of an operation by Addis Ababa on foreign soil, saying that the responsibility for the incident lay with the Sudanese soldiers themselves, who had allegedly crossed the border to support the Tigray People’s Liberation Front (FLPT).

As the situation develops, we are sharing reports by journalists at The Independent. Read their full report here.

The Chairperson of the African Union Commission, Moussa Faki, has called on Sudan and Ethiopia to refrain from military escalation and to seek a negotiated dispute for the border conflict between the two countries.

The Sudanese army on June 28 attacked Ethiopian troops based in Barkhat area and destroyed their settlement after the killing of seven of its soldiers and the display of their bodies. In a press release on June 29, Moussa Faki said he was following with “deep concern” the military escalations between Sudan and Ethiopia. “The Chairperson appeals for complete refrain from any military action whatever its origin and calls for dialogue between the two brotherly countries to solve any dispute,” the statement said.

Faki further called on the two sides to hold negotiations under “the auspices of the AU Border Programme”. Sudan had already rejected any talks with Ethiopia on the Fashaga area. Khartoum says there are two border demarcation agreements sealed in 1902 and 1975. Faki’s proposal, which is in line with the Ethiopian demand to engage in new discussions, has very little chance of being accepted by the Sudanese government, according to the Sudan Tribune.

Ethiopia said that the abduction of the Sudanese soldiers and their murder were done by a local militia. Sudan’s armed forces fired heavy artillery during clashes in the disputed eastern region of al-Fashaqa bordering Ethiopia, an Ethiopian official said, the latest salvo in a long-running feud over their shared border. Sudan was able to capture Jabal Kala al-Laban, an area near the contested border, on June 28 following an artillery barrage and an air raid, according to an anonymous Sudanese military source speaking to Reuters news agency.

Read the article on The Independent

Cover image: map of the area by Wikicommons, pin indicating the al-Fashaga District.