Home News Where did you get your Coltan? A hearing at the EU Parliament... 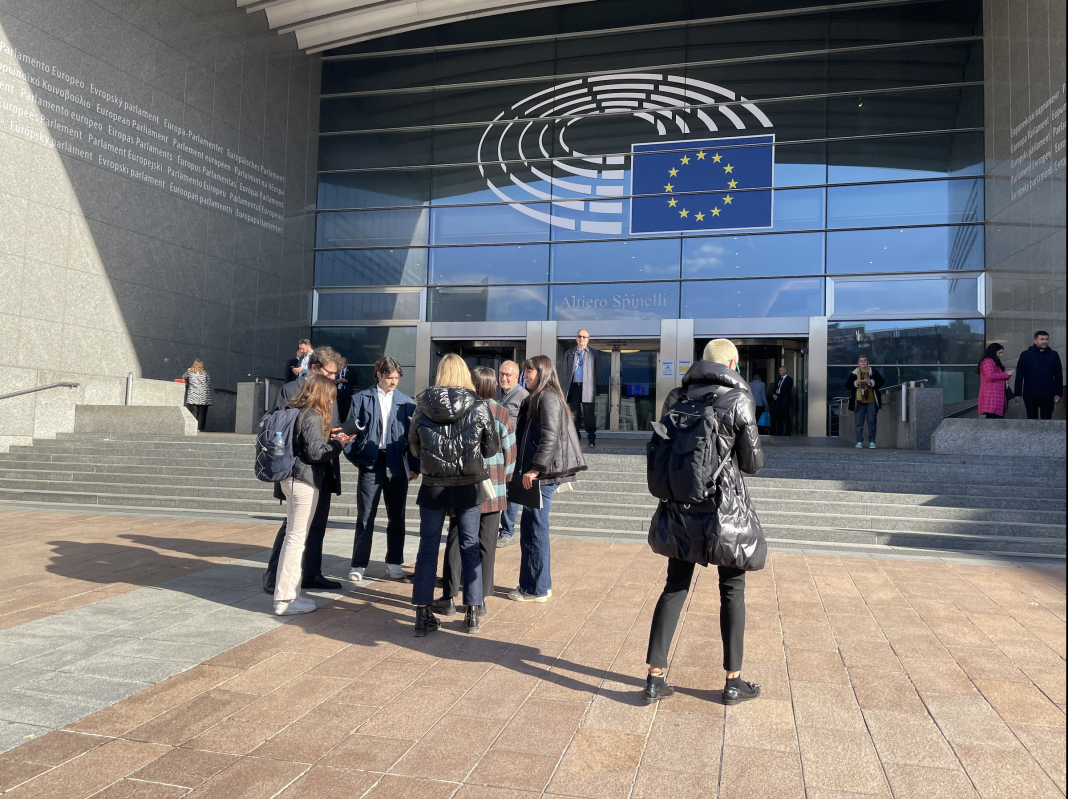 Accountability is one of the key words uttered during the meeting for the ‘Where did you get your coltan?’ project, which brought its demands to a hearing with MEPs in Brussels on Tuesday 11 October. The group (composed of the protagonists of the relay that crossed Europe, starting from central Italy in May 2022, and followed by journalists from the Atlas of Wars) had the opportunity to present their proposals to amend the 2017 European Regulation 821 on Conflict Minerals, whose revision is scheduled for spring 2023. Proposals that had the support of the MEPs present (Giuliano Pisapia, Pierfrancesco Majiorino, Patrizia Toia, Pietro Bartolo, Alessandra Moretti, Camilla Laureti) and Maria Arena, who had been in charge of drafting the first version.

At the core of the meeting, in particular, was the situation of war and violence experienced in the Democratic Republic of Congo, where most of the world’s coltan is located, the fundamental material for producing the batteries of electronic devices and which is and will increasingly be at the centre of the energy transition as well. “We are convinced that it is necessary to reaffirm the principle that companies have responsibility for where they operate. Human rights, workers’ rights and environmental consequences must have the utmost attention of both the political and economic worlds”. This was said by Patrizia Toia of the Group of the Progressive Alliance of Socialists and Democrats in the European Parliament, who was the main initiator of the delegation’s meeting in Brussels.

The 2017 regulation, which came into force four years late in 2021, was, according to Maria Arena, (Group of the Progressive Alliance of Socialists and Democrats in the European Parliament and Chair of the Human Rights Committee) the result of a compromise between the political parties and the many economic interests at stake. “The idea behind the regulation” she explained, “was to take a first step towards the traceability of conflict minerals, but we are aware that this is a text that needs to be strengthened.”

And indeed, the three requests brought by the ‘Where did you get your coltan?’ group (i.e. the consideration of the entire supply chain, starting with extraction, the inevitability of sanctions, and the environmental issue related to disposal) had already been identified by the MEP as the points on which to intervene with the revision. ‘We need people like you,’ he continued, ‘who stimulate us and the member states to be more incisive. Economic interests are very strong and in order for politics to actually play its part we need an informed and active civil society’.

Central then is the issue of battery disposal and, consequently, environmental sustainability. ‘The ambition for the near future’ said Patrizia Toia, ‘would be to foresee in the production phase which components can be recovered and in what quantities. This could also make us consumers aware of what the objects we use are actually made of, because I believe there is very little awareness’.

The subject of the meeting was not only Regulation 821, but also the measure on corporate due diligence on sustainability, which is expected to be approved soon. This is the first regulatory instrument in the European Union to sanction mandatory human rights due diligence for the private sector that would apply horizontally to all production sectors and with extra-territorial effects.

The draft, which came about after much discussion, stems from the need for binding legislation at the European level that would help prevent human rights violations occurring in the economic operations of companies, ensure their accountability in the event of violations, and put in place effective remedies for victims. “Providing for a system of compensation for victims,” said Pierfrancesco Majorino of the Group of the Progressive Alliance of Socialists and Democrats in the European Parliament, “is in our opinion fundamental to move in the direction of accountability, even if we are aware that the restorative perspective alone is not enough and that it is necessary to intervene at the root of the problem.

The meeting was also attended by a Congolese delegation working with Denis Mukwege, gynaecologist and 2018 Nobel Peace Prize winner. ‘The international community,’ said Odette Mbuyi, Pierre Kabeza and Norhémie Masala, ‘has shown on several occasions that it is capable of finding a system to intervene in injustice. We wonder why a solution was not found in this case. Today everyone knows what is happening in our country, also thanks to figures like Ambassador Luca Attanasio, who was killed in North Kivu in 2021. We hope that the European Parliament can help us in this battle for justice and civilisation’.

Cover image and all photos in the article: Valentina Ochner, Brussels, 11 Oct 2022. All rights reserved