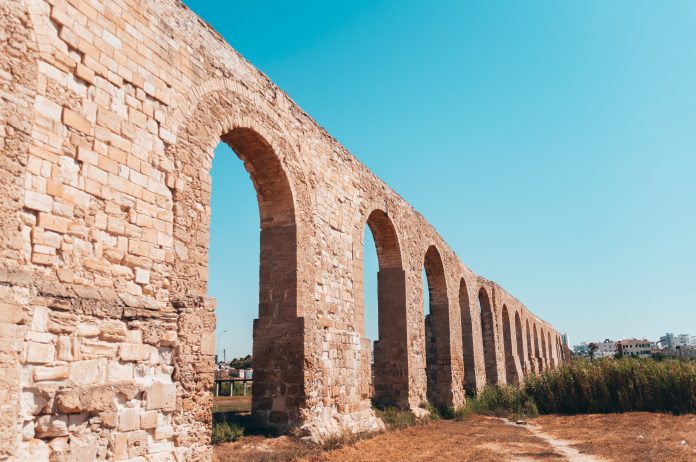 Cyprus today remains strongly divided, both politically and in the management of water resources. Since 1974, the southern part, with a Greek majority, with its capital Nicosia and a member of the European Union, is opposed to the northern part, with a Turkish majority and not recognized by the International Community. The island is deemed to be “water poor.” Water scarcity has historically been a major issue for Cypriot society, the environment, and for the enterprises.

Cyprus as an island possesses the least amount of water available per person in the Mediterranean; it experiences the most severe water stress in all of Europe, and for these reasons it will be much more at risk from the climate crisis. The Water Development Department’s Director, Mrs Panayiota Hadjigeorgiou, explained that “water demand in Cyprus rises year after year, especially in the domestic sector, and currently the administration uses the agricultural sector as a regulating tool for maintaining the demand for all users, but this tool is not working very well due to the high rise of demand.”

On the island, there is no maintenance of water infrastructure and the water supplies are fully utilized, but the water demand is increasing due to population growth, tourism development, and increasing living standards. Moreover, there is no integrated water management throughout the territory neither is there a common political and administrative entity, in fact two groundwater bodies crossing the border are not used and, therefore, are in poor condition. Due to their disadvantaged political and economic standing in society, women are most susceptible to ecological and water issues.

Although the gender dimension of conflict has already been researched, little research has addressed practical interdisciplinary approaches to water, conflict transformation and gender connectivity. Global experience shows that women need to define their own interests and concerns in ​​water governance and are part of water issues at many levels. One of the main problems with women often being excluded from environmental decision-making processes is a lack of representation.

The virtual seminar Nexus No. 52 titled “Women in Water Management and Conflict Transformation in Cyprus” held on 17 May 2021 illustrated how an approach to peacebuilding in Cyprus stands in environmental cooperation and the inclusion of women. Through bi-communal projects based on principles of participation and responsibility, the resource challenge can be transformed into an opportunity for peace, ensuring women a fair presence in water governance projects and institutions.

Certainly, more research needs to be conducted to explain the barriers to women’s participation, especially in the Cypriot context. The Nexus seminar represents a welcome first step from the perspective of women involvement in the public administration and in the environmental fight.