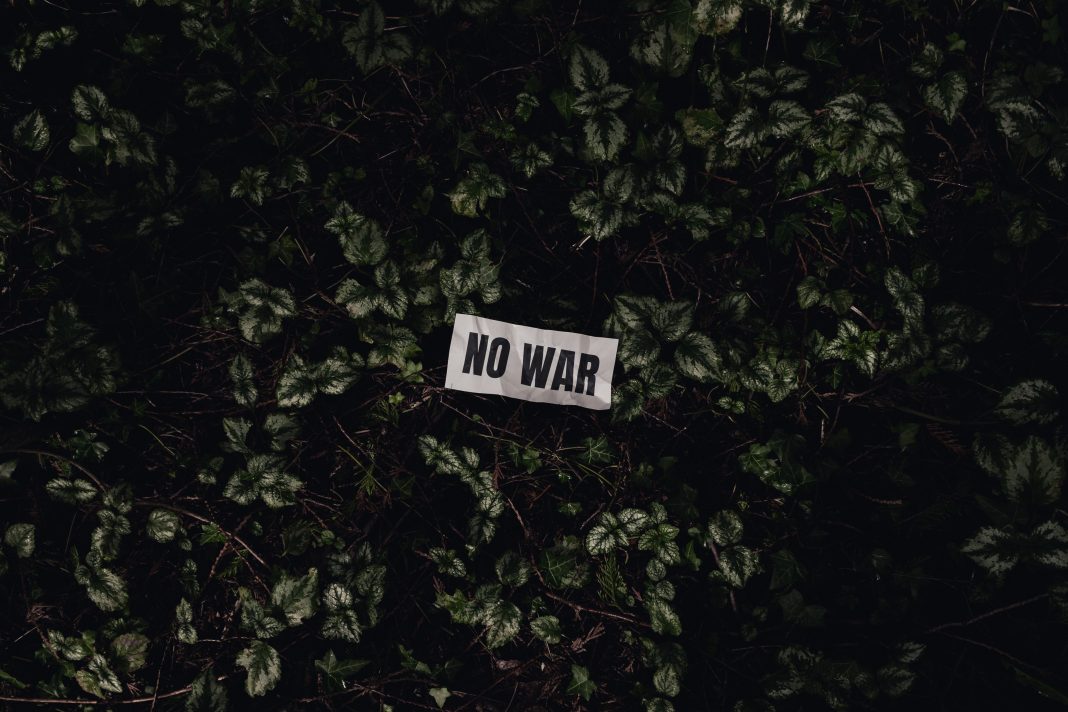 It took me a while to decide whether or not to write this piece. With just a few weeks stretching an infinite amount of time since the war began, I still don’t know if I should. Because there are indeed times when, when bombs are devastating families and threatening world stability, writing about animals and nature may seem out of place. And even more so if the animals and nature in question are in the very areas where the madness of war is raging.

But then I decided to talk about it, because if war is still a black cloth that suffocates confidence, optimism, prospects and hopes, we cannot let it have the power to obscure even those spaces of attention that nature itself deserves, as the undisputed hostess of this world which, in one way or another, we just cannot manage not to devastate.

In primary school, in geography class, we learnt that the European continent to the east is bounded by the Ural mountains: a natural boundary which, ‘on this side’, also includes part of Russia. Nature has one thing in common with war: it is a question of borders. In a strange twist of fate, Ukraine is home to border habitats where Asian and European species mix, threatening extinction along with the richness of a fertile land that has been severely tested by conflict for too long, and not only in recent weeks (mentioning the Chernobyl disaster is sufficient, especially in view of the heavy repercussions on birdlife and far beyond the country’s borders).

For Europe’s granary country – we are realising this more than ever these days – Zelensky had announced after COP26 a reforestation plan that was supposed to remedy at least in part the enormous deforestation work (more than a million hectares of forest in the last 20 years). This programme was abruptly interrupted by recent events and could perhaps have improved the situation at least for the bison, Europe’s largest mammal, which has long since ceased grazing in these latitudes after being decimated by hunting and poaching and after the loss of its natural habitat (it has now been successfully reintroduced in Romania, Slovakia and Poland). A different fate awaits the tarpan, one of the last Asiatic wild horses, which is now considered extinct (despite some attempts at cross-breeding and the sporadic presence of its descendants in Mongolia).

This massive conversion of the land in favour of economically more profitable products for export has not spared smaller mammals (such as squirrels and wild hamsters, which are highly dependent on the steppe ecosystem and seriously threatened with extinction) or the variety of forest cover (19% in Ukraine), impoverishing the biodiversity of firs, beeches, oaks, maples, alders, birches and poplars. Conifers and deciduous trees are the habitat of the Eurasian elk and the beaver, both of which are in difficulty due to indiscriminate hunting and are now being put to an even greater test by the current conditions of not only hydrogeological but also geopolitical disruption.

We realise that in an economy of scale, eco-commitments unfortunately slip – for human, cruelly human, reasons – into the lowest rungs. We are not here to say what is right and what is a priority in a context that is too complex to be interpreted from a single point of view, given the dynamics, the players, the international scope of the relationships involved and the humanitarian crisis that is inexorably caused. But we are moved by vets and volunteers in animal shelters who, despite being threatened by the bombings, do not want to leave their guests’ lives unattended and uncared for. And this makes us aware of one fact: our emotional closeness does not depend on the fact that there are many victims involved, but on the familiarity we have with those victims. Humans and domestic animals are part of our daily lives, whereas for wild animals, precisely because they are more shy and ‘distant’, we do not feel as much empathy. And yet we should. Because the chain of life binds us inextricably to one another, and when – and we all hope it will be soon – this tragedy will come to an end and it will be time to rebuild, we will not only need the yellow of cultivated fields and the blue of a sky that is finally clear of the fumes of destruction (which, not by chance, are the colours of the Ukrainian flag), but we will also need to recover habitats that are essential for survival.

Cover image: Unsplash
the article appeared in Italian in our partner website Unimondo