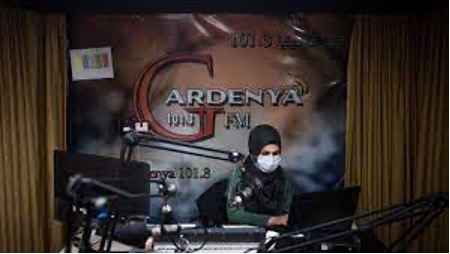 Radio Gardenya, founded in 2017 thanks to the Italian NGO Un Ponte Per in collaboration with the World Association of Community Radio (AMRAC), broadcasts directly from the Kurdish-Syrian refugee camp in Arbat, in the Iraqi Kurdistan. It can be found on the local frequency 101.3 Fm, which reaches even the north of Iraq.

This project was born in the wake of other NGO interventions in the field of education, empowerment and cohesion. The name Gardenya, which reminds of the flower, was chosen because it is pronounced similarly in all languages, from Arabic to Kurdish, just to show how social cohesion is the basis of the project.

The hosts discuss topics that have a social relevance, and all have as their leitmotif to highlight the linguistic, religious, and cultural diversity present in Arabat, and not only. In this perspective, on the radio, there is also talk of peacebuilding and gender equality. 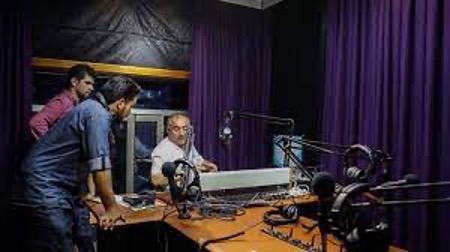 Refugees, NGO personnel, but also people from the local community participate in the radio broadcast. One can hear the voices of Sherin Mohammad, a 31-year-old Kurdish-Syrian woman who escaped from Qamishli in 2015 due to the advance of the Islamic State, or Khalil, a former English teacher who now works as a reporter for the radio. This entity is supported through donations from the European Union, the Italian Agency for Development Cooperation (AICS), and the autonomous province of Bolzano. These funds allowed to train people who would work in the radio through peace journalism courses.

One of the main objectives of Radio Gardenya is to build a strong community, based on social cohesion. And as Khalil says, the management of Radio Gardenya also represents a process of personal development, it is the only refugee radio station for refugees. Two of the most relevant active campaigns are an information campaign on how to prevent and protect against the Coronavirus, set up in 2020 during the pandemic which hit hard on the refugee camps, and a debate on how to improve education in the refugee camp of Arbat.

What really matters to Khalil and Sherin (the only workers still employed by the radio station, due to the scarcity of funds) is to maintain a link with Syria through the disclosure of news, to make their countrymen aware of life in refugee camps and ultimately to send out a message of hope: Civil society through cohesion and respect can rebuild a country.

Lebanon, the death of a country