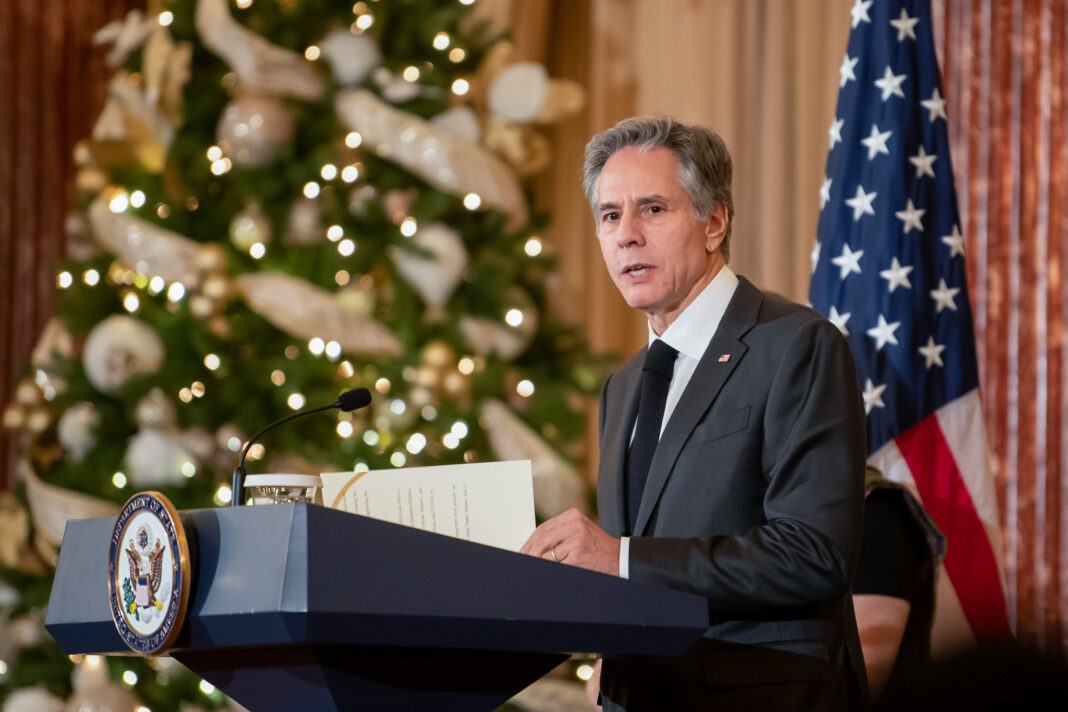 After an eight-year gap, the first summit between the United States and Africa took place from 13 to 15 December. An opportunity for the White House to make amends and to take bilateral relations to a different level. In fact, US President Joe Biden emphasised the importance of ‘going beyond aid’ and spoke of a new-matrix partnership for the 21st century, through which investments will be made to unleash the power of the private sector. “Africa’s economic transition depends on good governance, healthy populations, reliable and affordable energy,” he said. These are the things the business community intends to invest in. In total, almost USD 15 billion (EUR 14 billion) in contracts and commitments between private companies have been concluded.

At a business forum with representatives of 300 American and African companies, the President spoke about the expansion of road networks, the Internet and renewable energy, and announced that trade relations would be significantly strengthened. Another key item on the agenda of this new era on the African continent is a new agreement with the African Union (AU) member states, the African Continental Free Trade Area, concluded in 2018, which is expected to concern 1.3 billion people over eight years.

This new era in African-American relations opens not least as a reaction to a Chinese influence on the continent that has seen exponential growth over the past 15 years, as pointed out by Lloyd Austin, US Secretary of Defence: ‘China is expanding its footprint on the continent on a daily basis (…) and this could have a destabilising effect.

China has indeed been omnipresent in Africa for a long time. Chinese companies are building roads and railways locally, sourcing raw materials, buying up farmland, producing textiles, investing in the music industry and shipping large numbers of smartphones to Africa. China’s trade volume with Africa is four times that of the United States. The economic relations are therefore close and diverse. And this is exactly what is often viewed very critically in the European Union. Beijing is allegedly pushing countries into a debt trap. The country is allegedly destroying the environment on the continent, e.g. through mining, while offering poor quality in construction projects. One strategy China is using to score points in Africa is to act instead of argue. This is shown by a study commissioned by the Friedrich Naumann Foundation. In it, most of the 1,600 African decision-makers interviewed praised China for its speedy decision-making, ability to implement projects quickly and non-interference in domestic political affairs.

This year, the US government has felt the geopolitical price of leaving the continent to other powers. When, in the spring, after the Russian attack on Ukraine, Biden tried to convince the international community to isolate Moscow politically and sanction it economically, he was met with reluctance in many African countries, and sometimes even rejection. When the UN General Assembly condemned Putin’s war, many African member states abstained. Washington wants to learn lessons from this. Some countries on the African continent refuse to choose ‘allies’ between the two powers. Rwanda’s President Paul Kagame declared during the summit that the US-China rivalry is ‘none of their business’.

African leaders remain lucid about the limitations facing their economies. “Development cannot come only from investments in infrastructure and basic development needs,” said Patrice Talon, President of Benin. ‘For growth to be real, we need private sector investment. At the beginning of the meeting, the Biden administration pledged $55 billion in funds to African states – among other things to tackle the food crisis and the consequences of climate change. The President is also expected to support the political initiative to make the AU a permanent member of the G-20. Mali, Guinea, Sudan and Burkina Faso were not invited to Washington. The AU suspended its membership due to military coups. Eritrea is also absent because the US does not maintain normal diplomatic contacts with the country due to the armed conflict with Ethiopia.