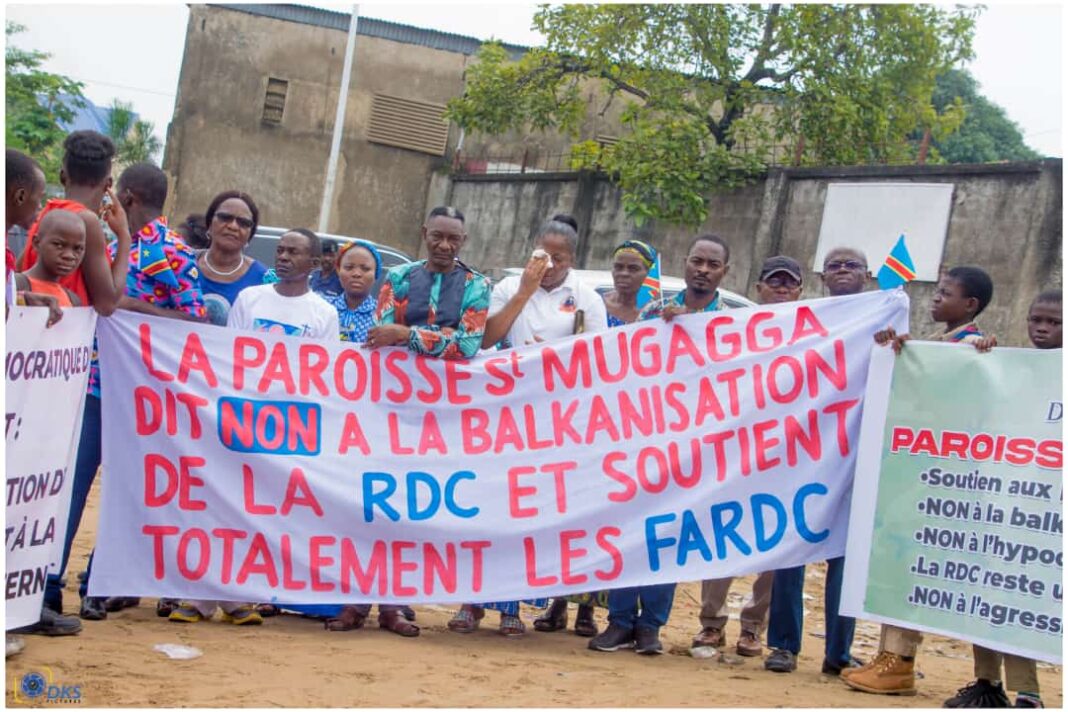 Blood continues to flow in North Kivu, in the east of the Democratic Republic of Congo. The latest massacre took place on 29 November, when at least 50 civilians were killed in Kishishe in Rutshuru territory, 70 km from Goma. The DRC government accused the M23 (23 March Movement) rebels, but they deny having perpetrated the massacre. Kinshasa points the finger at Rwanda, accused of supporting, arming and even fighting alongside the guerrillas. All of which Kigali denies.

After the massacre, the government called for three days of national mourning from 3 to 5 December. On Sunday, 4 December, the bishops of all the Congolese dioceses organised a procession to draw attention to the deterioration of the security situation in the country in general and in the east in particular, and to put an end to ‘the balkanisation of the DRC’, that is, the latent process of dismemberment of the country by armed groups supported from outside. ‘Let us not balkanise the DRC, let us all stand up to safeguard the territorial integrity of our country,’ the bishops said. However, the planned march in Goma, capital of North Kivu, was cancelled to avoid ‘possible infiltration’.

During the demonstration, the aim of which was in particular to denounce the violence of the terrorist movement of 23 March occupying several locations in North Kivu, the protesters blamed the silence of the international community which, according to them, borders on complicity with the occupying forces that violate the sovereignty and territorial integrity of the DRC. According to the protesters, the ‘natural resource predator’ states include the United States, Great Britain, France and Belgium. They also denounced the behaviour of the UN, the EU, and the EAC (Community of East African States), which are not ‘playing fair’.
“The international community is showing a hypocritical and complacent attitude that borders on complicity,” reads a communiqué published by the participants in the demonstration in Kinshasa, in which they call on the Congolese authorities to take a series of measures.

On 1 December in South Kivu, in Bukavu, another demonstration for peace was held, led by Archbishop Francois Xavier Maroy, and on the same day another peaceful march took place in Kabare. The demonstrators marched from their respective parishes to the Kabare administrator’s office where a memorandum was read out calling for the establishment of peace and an end to Rwanda’s aggression against the DRC, under the cover of the M23. The M23 guerrilla group has taken control of several localities in Rutshuru and Nyiragongo territories in North Kivu province.

The accusation of armed interference by Rwanda through the M23 is supported from many sides. In a speech to the European Parliament, Marc Botenga of the Gue/Ngl group denounced on 23 November how it had been “proven for years, even by the United Nations, that the Rwandan government supports the M23 rebels in Rwanda. Rebels who sow terror and death in the Democratic Republic of Congo, especially in the east, where this conflict has already claimed millions of victims. We therefore know the full responsibility of the Rwandan government’.

“So what does the European Union do?” the MEP asked. “We would expect sanctions. This is the answer the EU often has when we see this kind of action from one country against another. But no, no. European governments are now deciding to strengthen their military cooperation with Rwanda. France, in particular, announces a strengthening of its military cooperation. The European Union will give 20 million to Rwanda for its participation in Mozambique. And the United States is a very important partner of Rwanda’.

It is a different matter, however, if it is to the Congo that arms are to be sold: ‘If a state wants to sell arms to the Democratic Republic of Congo, it has to notify the United Nations, which obviously slows down or even prevents the delivery of arms to a country that is too often attacked. This policy – where we say in words that we respect Congolese sovereignty, but in reality we obstruct and undermine it – is unacceptable’.

‘Violence is now at its height,’ Father Ippolito Tshibuabua tells the Atlas of Wars, ‘in the total silence of the western media. The games for the control of raw materials useful in the energy transition are taking place on Congolese territory. The multinationals look no one in the face. Not even the high death toll stops them. All with the complicity of the West’.

‘The first great need of the population is to live in peace,’ Father Ippolito continues, ‘The Congolese have always made this clear over all these years. We are not giving up. We will organise other peace actions’. For more than twenty-five years, the war in the east of the country has been a reality, but there seems to be something different going on at this stage. “We have lived through dramatic moments but this one has something special because of the discovery of western support for the violence that Rwanda unleashes on Congo”.

*Cover image: a moment of the bishops’ demonstration on 4 December 2022