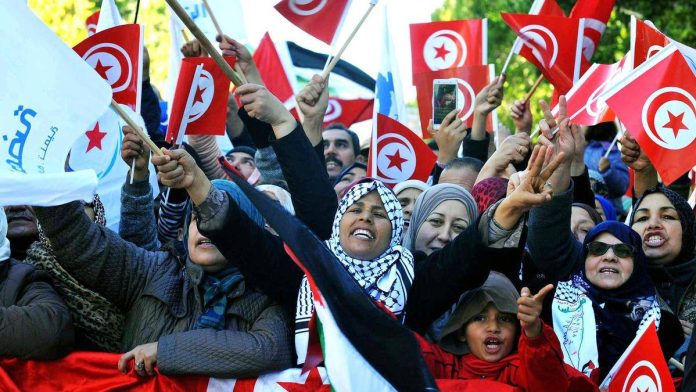 In 2022, after twenty-two years of the adoption of UN Security Council Resolution 1325 (2000) on Women, Peace, and Security, there are fewer than a hundred National Action Plans (NAPs) about this resolution.

Tunisia adopted its first NAP in 2018 for the period 2018-2022, with a plan focused on empowering women by promoting their participation in peacebuilding, helping to eliminate all forms of discrimination of gender and working to immunize society from the dangers of conflict, extremism and terrorism. The National Action Plans lists, among its main objectives:

An example of best practices in this area is the PARFAIT project, which aims to improve the participation of women in local governance in Tunisia. The project was created and implemented by the European Association for Local Democracy (ALDA) with the support of the European Union and with the help of a strong partnership with some local organizations.

The project consisted of to expand women’s engagement in municipal politics by allowing them full access to the public sphere – not just as voters and candidates, but also as empowered, knowledgeable, and interested citizens. The goal of the project was to help these women make the decentralization process a success for all citizens.

The PARFAIT project was successful in bringing about a few improvements, including empowerment and self-confidence, political and civic participation, as well as changes in the recipients’ private and family lives. After thirty months of support for women and women’s associations in 6 governorates of Tunisia, a strong impact of this project was found, especially at the local level. In total, 354 women attended at least one of the PARFAIT project’s workshops. The project has enabled participants of various training courses to acquire a large amount of knowledge, but also to pass this knowledge on to those around them. Many had never thought of campaigning before the project and eventually found themselves heading commissions or members of municipalities.

Read about the project's outcomes

Burundi – digitalization for the people’s health