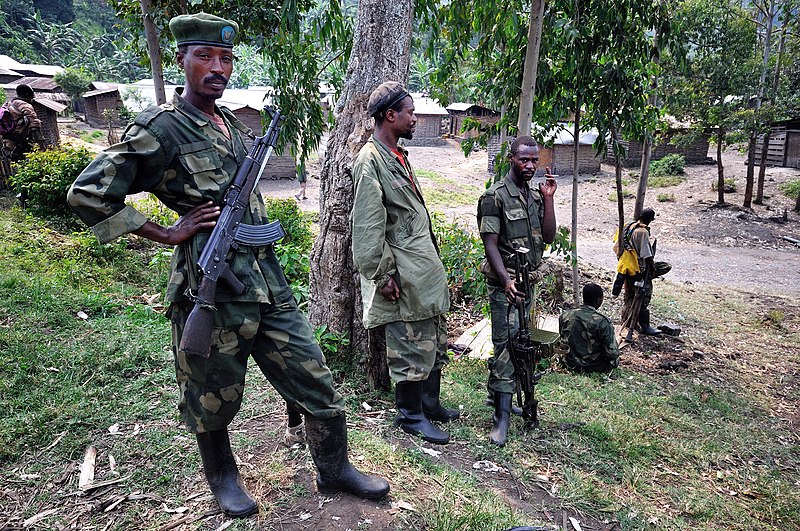 By Angelo Ferrari for OGZero – read the original article

What is happening in the north-east of the Democratic Republic of Congo? But, above all, what was the point of the 6 July meeting in Luanda between the Congolese President, Felix Tshisekedi, and the Rwandan President, Paul Kagame, mediated by their Angolan counterpart, João Lourenço? Probably to nothing. The three had to find a solution to the growing tensions between Congo and Rwanda, which have been exacerbated by the intensified activities in North Kivu of the M23 rebel group, which thought itself defeated since 2013, but has resumed its activities causing dozens of casualties and thousands of displaced people. Kinshasa claims that the rebels are supported by Rwanda, almost a longa manus of Kigali, which, however, strongly denies it.

These denials have not diminished the tension, which, on the contrary, has been rekindled after the announcement on 13 June by the Armed Forces of the Republic of Congo (Fardc), which spoke of ‘an occupation of the border town of Bunagana’ by the Rwandan Defence Forces (RDF). Proving that this is not just a dispute between diplomacies are the demonstrations of the population in Goma: a veritable uprising, a march towards the border with Rwanda with the cry ‘give us the weapons we will defeat the enemy’, i.e. Kigali. Demonstrations that were quelled by the Congo police forces.

The three presidents had agreed on 6 July on a ‘cease-fire’, announced with pomp and circumstance by the Angolan head of state and mediator between the parties. The president of Congo and the president of Rwanda, for their part, also agreed to ‘create an ad hoc monitoring mechanism’, to be headed by an Angolan army officer. Tension between the two countries is ‘unnecessary’, explained Tshisekedi, because it ‘constitutes a destabilising factor and does not contribute to the development and welfare of the respective peoples’. Kagame, for his part, considered the results of the Luanda summit to be ‘satisfactory’, which included the immediate cessation of hostilities and the immediate and unconditional withdrawal of the M23 from its positions.

No agreement, no ceasefire but only a joint roadmap ‘with clear objectives and activities’, with a view to the next summit in Luanda. Thus on 12 July, the government in Kigali officially denied signing or any ceasefire agreement in the east of the Democratic Republic of Congo, as announced on 6 July. The denial was issued by the Rwandan Minister of Foreign Affairs and Cooperation, Vincent Biruta, who added that ‘disinformation and populism are undermining the overall objective of achieving peace’ in the Democratic Republic of Congo.