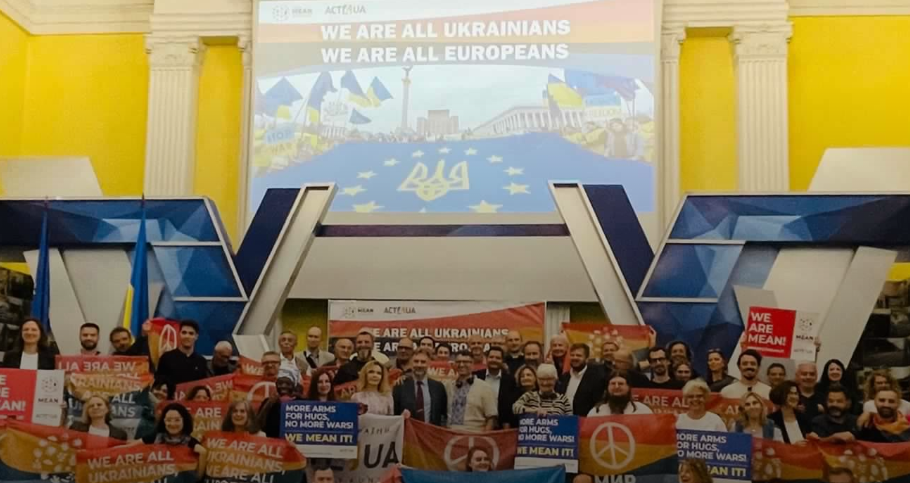 Arriving in Kyiv on Sunday evening, 10th of July, activists from the European Nonviolent Action Movement held meetings during the week in the Ukrainian capital with local institutions. with deputy mayor Mykola Povoroznyk – and with Monsignor Visvaldas Kulbokas, apostolic nuncio to Ukraine.

In his speech, Angelo Moretti, spokesman for MEAN, said: “We have dreamed of being able to be here with you, to show you our solidarity, ever since we saw the Russian tanks enter your border, we admired you when you decided to resist, when you surrounded the Russian soldiers non-violently with your flags … we are here today to tell you that also as a civil society we will not leave you alone: just as our governments are looking for possible ways to a ceasefire, we in civil society also feel called to take the field, because while we cannot yet stop the war, we know that we can advance peace, together, by taking poison out of war. “.

Then it was the turn of Monsignor Visvaldas Kulbokas: “The organisers of this Peace March chose 11 July when we celebrate St Benedict – one of the patron saints of Europe. So thanks to this choice we find ourselves here united in at least three aspects: a united and united Europe of which Ukraine is also a part, the building of peace, the prayer to God to grant us reconciliation and peace,’ said the Pope’s emissary in Ukraine. A sign of the attention that Francis’ pontificate is devoting to any initiative that promotes dialogue and the possibility of negotiations. 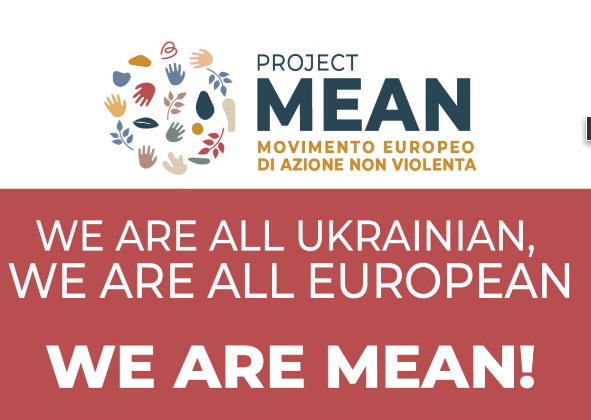 The declared objective of the Movement, which reached Kyiv with a hundred or so activists from some thirty associations, is to support local civil society and to give European leaders a strong and clear signal to promote cohesion between European countries under the banner of non-violence. To attempt the uphill road of a ceasefire and the start of negotiation meetings.

Learn more about the project