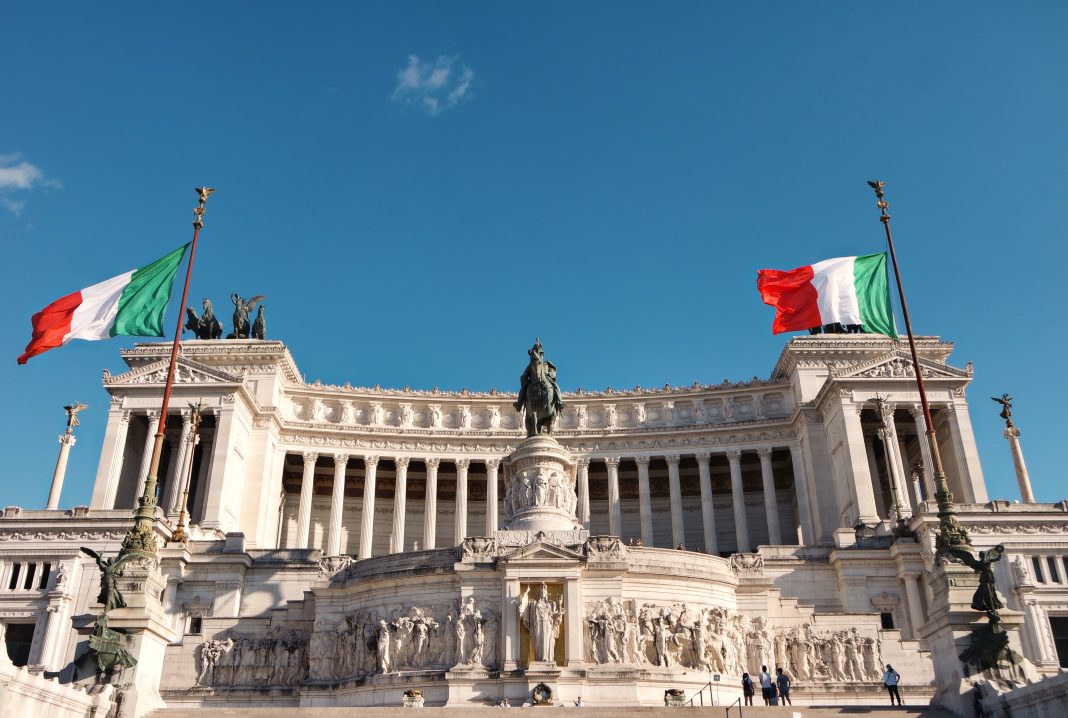 The key to the success of Europe’s two big political families, Christian democrats and democratic socialists, has been their well-developed political and ethical cultures. The Brothers of Italy, which will most likely lead the country’s next coalition government, now aspires to lay similar foundations for the right.

Italy might soon be led, for the first time in its postwar history, by a party with roots in the detritus of Mussolini’s Fascist movement. If Fratelli d’Italia (“Brothers of Italy”) does end up at the helm of the governing coalition, as appears likely, European politics will be profoundly changed.

Giorgia Meloni, the FdI’s charismatic leader, has been accused of being a “neo-fascist,” and both the FdI and its coalition’s second-largest member, Lega, have been labeled “populists.” Both labels miss the point. Yes, these parties have harnessed the seething discontent some voters feel, and they would take a tough stance on immigration and security. But the Brothers is hardly seeking to upend liberal democracy.

The FdI’s ambitions lie elsewhere. Recognizing that the key to the success of Europe’s two big political families, Christian democrats and democratic socialists, has been their well-developed political and ethical cultures, the Brothers is seeking to lay similar foundations for the right, thereby enabling it to gain and retain power well into the future. This is the insidious challenge that progressive thinking must confront.

The FdI’s goals extend beyond Italy; the Brothers hopes to reshape European politics. Meloni also heads the European Conservatives and Reformists Party, which includes dozens of right-wing formations, including Poland’s Law and Justice, Spain’s Vox, and the Sweden Democrats.

On what pillars would the right’s new intellectual edifice stand? In a recent interview, Meloni expressed admiration for the late British philosopher Roger Scruton, a conservative who was neither a fascist nor a populist, and whose views – like those of Meloni – cannot be neatly categorized as pro-state or pro-market. For both, the free market is a necessary institution, but monopoly power needs to be limited by regulation.

Nor did Scruton fundamentally oppose the European Union. He believed that a system of trans-European cooperation was necessary, but it should not come at the cost of national sovereignty in all the areas that matter. Likewise, an FdI-led coalition would not seek to exit the EU or the eurozone. Rather, the Brothers envisions the EU as a loose confederation of sovereign states, rather than an “ever-closer union,” with aspirations to become a semi-federal state. Nationalism and conservatism go hand in hand.

Join us on September 14 for our next virtual event, Forsaken Futures, to hear leading global experts discuss how to leverage public policy, finance, and technology to mitigate the dangers of a hotter world.

In a 2019 interview, Scruton explained that, for him, conservatism was not about “putting things back” to how they were in the past, but “conserving them,” and that this was not a matter of ideology, but of love. “There are things that are threatened and you love them, so you want to keep them … We have something, this country and its institutions and our way of being, and that’s what we’re holding on to.”

What do Europeans love? One of Meloni’s talking points is that our identity is defined by our community. A sense of belonging, of social membership, is central to determining what we “love” and enabling us to express ourselves. This is the basis of freedom.

This vision has noble origins, having been shaped by the ideas of the greatest philosophers, especially Georg Wilhelm Friedrich Hegel, but also Karl Marx and Adam Smith. But it does not necessarily lead to conservatism, nor does it mean that identity must be defined in national terms.

The FdI’s conception of the EU represents a sharp break from the past: Italy’s leadership – like that of the Union’s other core members – has traditionally supported deeper integration, despite disagreements about pace and modality. And it is a rupture that would come at a time when deeper cooperation – inevitably involving some compromises on national sovereignty, such as in energy and foreign policy – is badly needed.

Almost all of the most urgent imperatives we face today demand some form of centralized decision-making capacity and policies that account for the regional or global nature of public goods, including climate, health, financial stability, and energy security. As a result, the overlap between the locus of decision-making power and the polity has been dwindling.

Devising new forms of governance that allow for the interoperability of different levels of government and give voice to civil society – thereby combining a top-down with a bottom-up approach – is the key challenge we face today, and not just in the EU. On the contrary, the EU can be viewed as an ongoing experiment that can help to guide others toward an effective model.

The new conservatives have gotten one very big thing right: without a European society, the project of “ever-closer union” rests on a fragile foundation. But the solution is not to halt, let alone reverse, progress. Instead, we must build a polity that can sustain the institutions of European governance.

Conservative forces like the FdI appear bent on doing the opposite. By attempting to “conserve” existing systems and define identities by ethnicity and religion, rather than broader political or cultural affiliations, conservativism plays into people’s fears and divides rather than unites them. Cultural and political integration is to be replaced by policies that exacerbate the marginalization of vulnerable groups and fail to tackle broadly shared challenges.

If it is true, as the conservatives assert, that a functional view of the EU is bound to fail, it is also true that the functional and the political interact, helping to redefine the contours of the polity. In an ever-evolving world, a defensive, static understanding of community will inevitably lead to economic failure, and can nurture racism and social conflict.

Yet it is precisely this understanding that seems likely to shape governance in the EU’s third-largest member country. A fierce battle of ideas is in store for the EU, with potentially serious consequences for the integration process. To win the fight, the Union’s supporters must not demonize conservatives like Meloni and misrepresent their views. Instead, they must confront criticism head-on and devise credible ways to buttress the European polity that must exist if the European project is to succeed.

*Former director of research at the European Central Bank, is Professor of Economics at the London Business School and a trustee of the International Financial Reporting Standards Foundation.