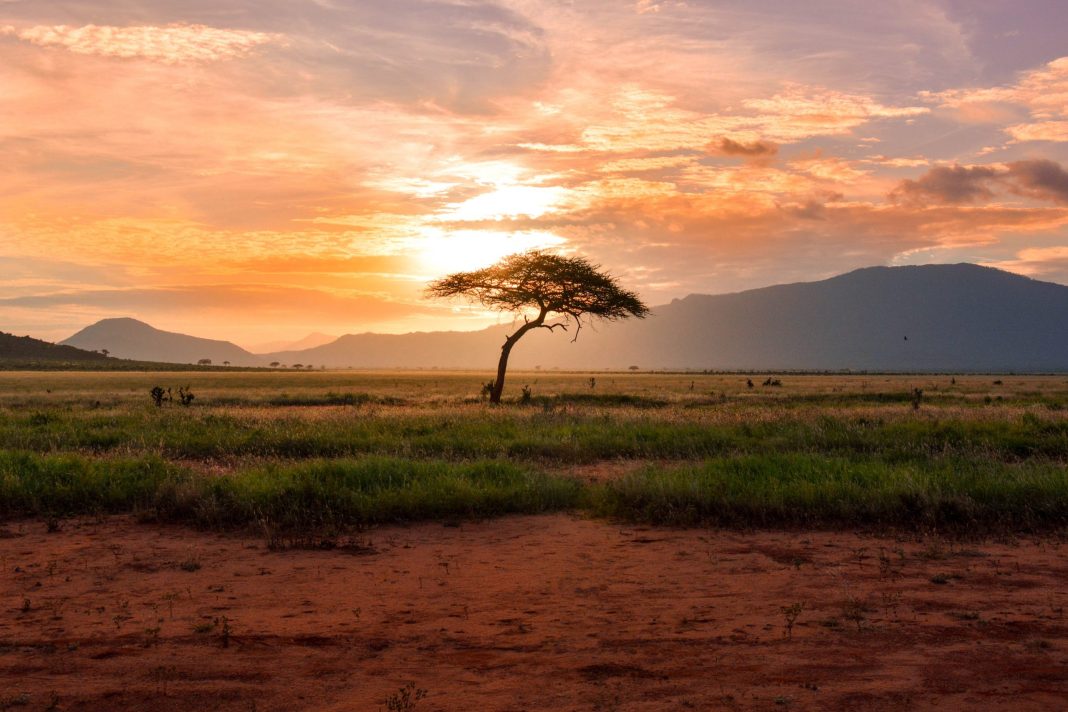 In recent weeks, Africa has been the focus of popular protests, visits from foreign dignitaries, elections, glimmers of peace, but also dormant conflicts that, unfortunately, have flared up again. In these last days of August, it is time to take stock of the situation. Here is a summary of the main events that have recently marked the continent and that we are likely to hear about again.

A summer of protests

August was a month of protests in Africa. From the Democratic Republic of Congo (DRC) to Sierra Leone and South Africa, African peoples took to the streets to voice their problems and demand solutions. The protests in the DRC were driven by frustration with the UN mission, which was accused of being unable to protect the population and fight the armed groups active in the country.

In South Africa and Sierra Leone, on the other hand, it was disruptive inflation and the consequent rise in prices that caused the vase to overflow. The protests that broke out on 10 August in Sierra Leone, a country that has enjoyed relative stability since the end of the war in 2002, were marked by an unexpected level of violence. The deaths of some 30 law enforcement and civilian casualties shook the nation and evoked memories of the war that, according to the UN, left at least 70,000 dead and 2.6 million displaced. Julius Bio, the country’s president, dismissed the possibility that the protests were a reflection of the population’s anger over rising prices, accusing the opposition and the Sierra Leonean diaspora of orchestrating them to overthrow his government.

In contrast, the general strike in South Africa, promoted by the country’s main trade unions on Wednesday 24 August, was a peaceful one. People took to the streets to protest against deteriorating economic conditions in a country where poverty is increasing, inflation has reached historic levels and prices of basic goods continue to rise. The demands put forward by the trade unions include a cap on fuel prices, interventions in the energy sector, interventionist measures in the economy to curb rising prices, exhortations to the private sector to resume investing in the country, and measures to combat corruption and xenophobia.

Two elections held the continent in suspense this month. In Kenya they were won by William Ruto, after a head-to-head with rival candidate Raila Odinga, who on Monday challenged the final result by appealing to the Supreme Court.

A similar result is expected in Angola, a country that went to the polls on Wednesday to renew its parliament and elect a new president. For the first time, the victory of the Marxist People’s Movement for the Liberation of Angola (MPLA), a party in power since the country’s independence in 1975 and led by current President Joao Lourenço who is seeking a second term in office, did not seem assured. The election campaign was marked by an increase in the popularity of the National Union for the Total Independence of Angola (UNITA), an opposition party and former rebel movement, led by Adalberto Costa Junior.

UNITA seemed to have succeeded in channelling the population’s frustration against the current president, who is accused of failing to deliver on the promises of change that had enabled him to be elected in 2017. Local elections scheduled for 2020 have been postponed indefinitely, control over the media has not been loosened, the fight against corruption has not produced results. In the meantime, the living conditions of the population have not improved: poverty is increasing in Angola, as are inflation and the cost of living, despite the fact that the country is one of the largest oil producers on the continent, second only to Nigeria. According to reports from the Electoral Commission MPLA won the elections with 51% of the vote. UNITA representatives disputed the result citing discrepancies between their own count and that of the Commission. Fearing that the dispute could spark violence, Costa Junior urged his supporters to remain calm.

On Saturday 20 August, the long-awaited national dialogue opened in Chad, bringing together in N’Djamena representatives of some 40 rebel groups together with more than 1400 members of the armed forces, civil society, trade unions and opposition parties. The dialogue was launched by General Mahamat Idriss Deby, who came to power last year following the death of his father, the country’s leader who was killed during a military operation against rebel groups. Having established a transitional military government, Mahamat Deby had promised elections within 18 months of taking power.

The aim of the talks is to define the terms and conditions for lasting peace, reform state institutions, draft a new constitution and set the rules of the game for the next elections. Specifically, the question will be whether the current members of the military junta will be allowed to stand for election. According to observers, hindering the transition process is the absence of FACT, the main rebel group that boycotted the dialogue and decided not to take part in it. The same decision was taken by several opposition parties and civil society representatives, who accuse the military of committing serious human rights violations in the country and of wanting to exploit the transition process to prepare Mahamat Deby’s candidature for the presidency. All this has dented hopes for a quick peace agreement, raising doubts about the legitimacy of the dialogue and highlighting the general lack of inclusiveness in the country.

In the East of the continent, instead, conflicts unfortunately flare up again. After months of truce last Wednesday, violence resumed in the Tigray region of Ethiopia between Tigray rebels and the national forces of President Abiy Ahmed.

This summer, Africa has been in the spotlight for frequent visits by leading international political figures. Starting the dances was Sergei Lavrov, Russian Foreign Minister, who visited the DRC and Uganda at the end of July before heading to Ethiopia and ending on a high note with Egypt. A few weeks later Anthony Blinken, US Secretary of State, retraced some of his stops on his visits to South Africa, DRC and Rwanda. Emmanuel Macron was spotted in Cameron, Guinea Bissau and Benin at the end of July while in recent days he was in Algeria.

According to several analysts, what we are witnessing is a ‘new cold war‘ in which old and new actors are fighting over the African continent. It is not difficult to imagine why. By 2050, Africans will make up 25% of the world’s population: in other words, they are the future workforce of a world where the population of many countries is rapidly ageing. The continent is also home to the second largest rainforest and important mineral resources that are crucial for renewable energy technologies and will ensure a sustainable future for our planet. Finally, African countries represent the largest bloc in the United Nations of which together they make up about 28% of the vote.

There are those who come and there are those who go. After almost 10 years in the country, the last French troops left Mali on Tuesday 16 August. The French intervention began in 2013 when, at Bamako’s request, France sent its first troops into the north of the country to counter an offensive by the ethnic Tuareg separatist movement, which had allied itself with an al-Qaeda affiliate. The intervention was designed to prevent rebel groups from marching on the capital Bamako and taking control of the state. At least this objective was achieved. The 5,000 French soldiers deployed in the country have failed in their broader ambition to restore security, eliminate the terrorist threat and stabilise the Malian government, which fell victim to two coups in 2020 and 2021 and is now replaced by a military junta.

Bamako’s relations with Paris soured when France began to pressure the military government to adopt a plan for a rapid transition to civilian rule. To fill the vacuum left by France, the military junta turned to Russia: mercenaries belonging to the Wagner group have been operating in the country for months now with clear signs of their involvement in serious human rights violations. Despite having left Mali for good, French troops remain in Burkina Faso, Chad and Niger. In a statement on Monday 15 August, the French Presidency reiterated that, although absent from Mali, ‘France remains committed to the Sahel region, the Gulf of Guinea and the Lake Chad region by working with other partners on the ground for stability and the fight against terrorism’.