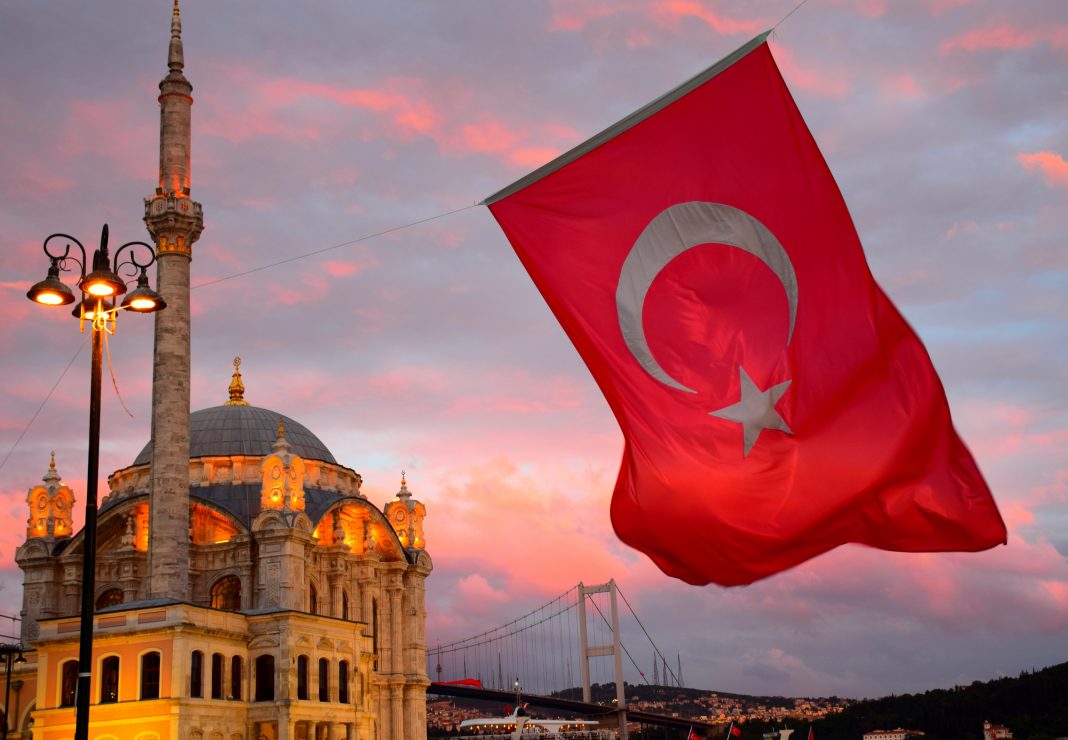 For months now, Turkey and its President Recep Tayyip Erdogan have been playing a major and prominent role in the international crisis that erupted with the start of the Ukrainian conflict on 24 February, which soon becaem a threat to the global, but above all Western, economy and security.

With his balanced position, Erdogan has succeeded in making Turkey an indispensable bridge for any contact between Russia and the West, repeatedly trying to find a peaceful solution to the Ukrainian conflict and succeeding in unblocking real obstacles that seemed insurmountable, such as the grain export crisis. At the same time, this allowed Turkey to pivot to its geopolitical and economic interests, especially in matters of national security and international trade.

After various contacts and meetings over the previous months, which allowed Russia and Ukraine to discuss and take a step closer to peace, Erdogan managed to reactivate the international wheat trade. The large amount of wheat shipping globally from the two conflict parties had, in fact, completely stalled with the start of the conflict, putting global supplies at risk.

With the agreement signed in Istanbul at the end of July between Ukraine, Russia, Turkey and the United Nations, Ankara acted as guarantor for exports from 4 Ukrainian ports and has so far succeeded in exporting around 700,000 tonnes of wheat, which first passed through the Joint Coordination Centre in Istanbul (managed and coordinated by staff from the 3 countries and the UN) and then crossed the Bosphorus on 29 ships. Another 24 ships are waiting to enter the Black Sea ports and transport the remaining 25 million tonnes.

“Everyone is witnessing our efforts in the diplomatic sphere. Being able to send Ukrainian grain around the world was crucial. Now the same attitude must be replicated in other spheres,’ Erdogan said on Monday. ‘Our goal is to bring Russian President Vladimir Putin and Ukrainian President Volodimir Zelensky together. An ambitious challenge, no longer improbable, that would make Erdogan a true bridge for peace. Also supporting the Turkish president was UN Secretary-General Antonio Guterres, who praised Ankara’s work and hoped that this collaboration would become ‘a long and complex process leading to the triumph of peace’.

After this great success, which saw Istanbul rise to the status of defender of a fundamental good to the approval of the international community, the Turkish president then met personally the two warring leaders, encountering first Vladimir Putin in Sochi on 5 August, and later, in Lviv on 18 August, with Volodymir Zelensky.

The Turkish president’s hope is now to reopen the dialogue between the two sides in the conflict for a prisoner exchange and a possible cease-fire, topics that have always been on the table and have never come to fruition despite Ankara’s numerous efforts. In Lviv, Erdogan, warmly received, criticised the Russian attack, describing it as ‘illegal and unjustifiable’, while raising hopes for negotiations to reach a ceasefire, and also promising concrete aid to Ukraine for the country’s reconstruction.

During his first visit to the country since the beginning of the conflict, he was also accompanied by Haluk Bayraktar, the owner of the Baykar company, producer of the famous TB-2 drones, sold and, in part, also given to Ukraine by the Turkish company. The TB-2s have been idolised in the country for the damage inflicted on the Russian army. A surprising and astonishing move, considering Ankara’s friendly relations with both countries.

Especially just a few days after the meeting in Sochi, during which Putin hosted him with all honours, thanking him for his efforts in resolving the wheat crisis, and from which Erdogan emerged tearing up an interesting trade agreement aimed at increasing trade relations between the two countries in the energy and goods sectors.

Indeed, Turkey exponentially increased its exports to Russia from the previous year, with a 46% increase in the value of exports (mainly chemicals, foodstuffs, textiles and electrical products), taking advantage of the vacuum left by Western companies due to the sanctions imposed. By contrast, imports from Russia, especially energy, remain at an all-time high.

However, this increase in trade relations between the two countries worries the West, especially the European Union, which sees Turkey as a threat, even beginning to speak of severe consequences for Ankara should economic relations with Moscow expand further. European missions and the EU itself have said they are irritated by what is happening, even though Turkey has decided from the beginning not to adhere to Western sanctions and has always had good relations with Russia, which is a source of great frustration for the West, which has been defeated in terms of sanctions.

Erdogan knows very well that his country’s weight has now become crucial. Imposing sanctions against Turkey would backfire on Europe, following the same route as the ineffective sanctions against Russia, which are striking at the heart of Europe. In fact, with 4 million Syrian refugees in the country and the bids of Sweden and Finland in its grasp, Turkey is not easily attacked by those in Europe who want to be loud and are not in a position to defend themselves. The statement by an anonymous source in the EU, quoted in an article by the Financial Times, that ‘it’s Turkey, everyone needs it one way or another… we can’t tell him (Erdogan) what he should or should not do’, seems to be quite telling.

Erdogan, therefore, seems to be able to do whatever he wants and hold several parties in check, even on a purely geopolitical level. Not only the Syrian crisis on the south-eastern border and the crisis in the Aegean -with the growing tensions with Greece- but being the main player in the international crisis and a member of the Atlantic Alliance, Erdogan also juggles in the NATO group as a real ‘game changer’.

NATO candidacies: the apple of contention

And one of the sorest points for Europeans, Americans and NATO are precisely the candidatures of Sweden and Finland to join the alliance, which is being questioned by Turkey. Istanbul, in fact, accuses openly the two Scandinavian countries of defending personalities wanted by Ankara and belonging to the Kurdish terrorist movement PKK or to the Gulenist movement FETö, accused among other things of being the mastermind behind the 2016 coup.

But while in the intentions agreement signed in Madrid between the three countries at the end of June, Sweden and Finland expressed their willingness to support Turkey in the fight against internal terrorism and defend its borders, little has been done. Although the commitment was reiterated again on Friday during the first of a series of three trilateral meetings planned between the three countries and held in Helsinki, in reality the two states seem to be unwilling to actually take steps to accommodate Ankara’s demands to extradite citizens considered ‘terrorists’ and protected.

The Swedish proposal to extradite Okan Kale, accused of credit card fraud, was taken almost as a mockery at Ankara, which declared that financial fraud is not what it seeks from this agreement and that it wants concrete steps to talk about suspected terrorists. Specifically, Turkey has drawn up a list of 21 people requested from Sweden and 12 from Finland. This is no small headache for Stockholm and Helsinki, which are reluctant to make conciliatory statements in this regard, not least because their credibility would be totally destroyed after losing their neutrality status by applying to join the Atlantic bloc.

On the Mediterranean, on the other hand, tensions with Greece are only getting worse. Daily provocations by both countries continue to violate their airspace with military vehicles and drones. Moreover, Turkey has repeatedly accused Greek forces of abuses against migrants sent back to Turkish shores. Some analysts in Turkey think that this could even lead to a conflict. A scenario that jeopardises the image of Erdogan, who also has to cope with the Syrian crisis. For months now, everyone has been expecting the start of a new conflict in north-eastern Syria, where Turkey is demanding that a 30-kilometre buffer zone be established at the border to thwart the threat posed by the YPG, the Kurdish movement affiliated with the PKK. Ankara has mobilised its army, ready for action. But the final green light is not coming, also because international warnings for a new escalation like the one in October 2019 have come from the United States but also from Putin. Not forgetting the situation in Idlib, the last stronghold still under the control of extremist rebels supported by Ankara, opposed above all by Assad’s troops and Russian troops. A delicate situation, where, in this case, it is Turkey that has to be careful about its next moves.

Erdogan is moving on a minefield, but he’s conscious of his power and influence. Although this is proof of the fact that there are few who can lay down the law with him at the moment, he will still have to be careful not to get too out of line, while at the same time trying to use these stratagems to increase his domestic popularity, in view of the presidential elections to be held in less than a year’s time.