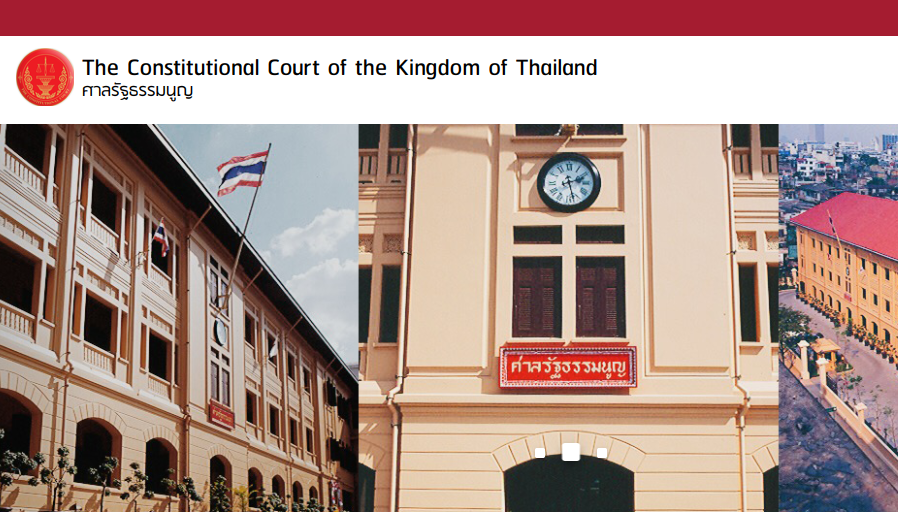 The result announced by Thai Constitutional Court on August 24 was by no means a foregone one: 5 votes to 4 decided that Premier Prayut was temporarily suspended. Everyone was surprised: the premier general perhaps first: ‘The court has examined the petition and supporting documents,’ says the temporary ruling, ‘and finds that the facts according to the petition indicate reasonable grounds to suspect that there is a case as requested: a majority vote therefore (decided) for suspension from the office of prime minister, effective 24 August 2022, until such time as the Court renders a verdict. 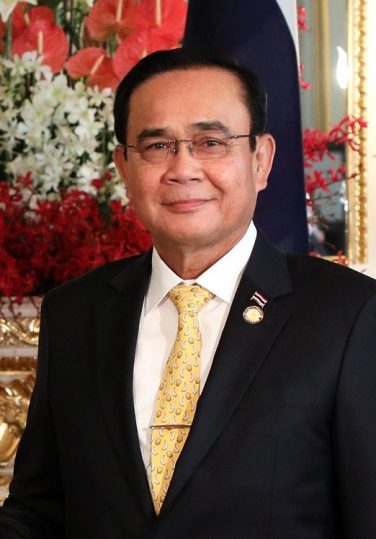 Prime Minister Prayut Chan-o-cha (pictured left), a coup general in civilian clothes, was thus temporarily relieved of office after the Royal Court’s resolution was submitted to it on Monday to assess whether the premier general was not ruling beyond his term of office, effectively usurping the highest seat in Parliament.

According to the complaint submitted to the high magistrates, Prayut has been occupying his seat illegally since the 2014 coup, which was followed by his confirmation in the 2019 general elections, Prayut allegedly exceeded the eight years that are the maximum term of office by law. According to the prosecution, Prayut started as head of the military junta when the 2014 coup overthrew the duly elected government of Yingluck Shinawatra, sister of Taksim, enemies of the Thai bourgeoisie and monarchy (indeed, it was the Constitutional Court that dismissed Yingluck on 7 May, but on 22 May Prayut was already ready to quell the square with tanks).

Prayut has therefore been ruling since then; and without a shadow of a doubt has been doing so since August 2014 when, after sacking the interim government of Niwatthamrong Boonsongpaisan – who had been ruling for only two weeks – the National Council for Peace and Order (the military junta) dissolved parliament and abolished the constitution, formulating a provisional one that was approved in July by King Rama IX, the father of the current one. In August, Prayut Chan-o-cha was appointed Prime Minister and thus his term was supposed to end yesterday. But loyalists say he has only been ruling since 2017 – when a new Constitution came into effect – if not since the 2019 elections that saw him remain in the saddle. The court, however, preferred to suspend him temporarily but has 15 days to make a final ruling.

The Constitutional Court of the Kingdom of Thailand exercises a mandate established by the 2017 Constitution, as desired by the military: it is composed of a president and eight magistrates who are approved by the Senate (chosen and not elected, one of the reasons Prayut’s government is deemed illegitimate) and appointed by the king. They therefore have many reasons to review the temporary decision that goes against the interests of the dual masters: the military and the royal house. But they also have to reckon with the square, which, if it calmed down yesterday, remains fierce. A movement that was initially only a student movement that has ended up attracting from office workers to monks who want a truly democratic Thailand.