Home News Cuba’s fate, between the ‘bloqueo’ and solidarity 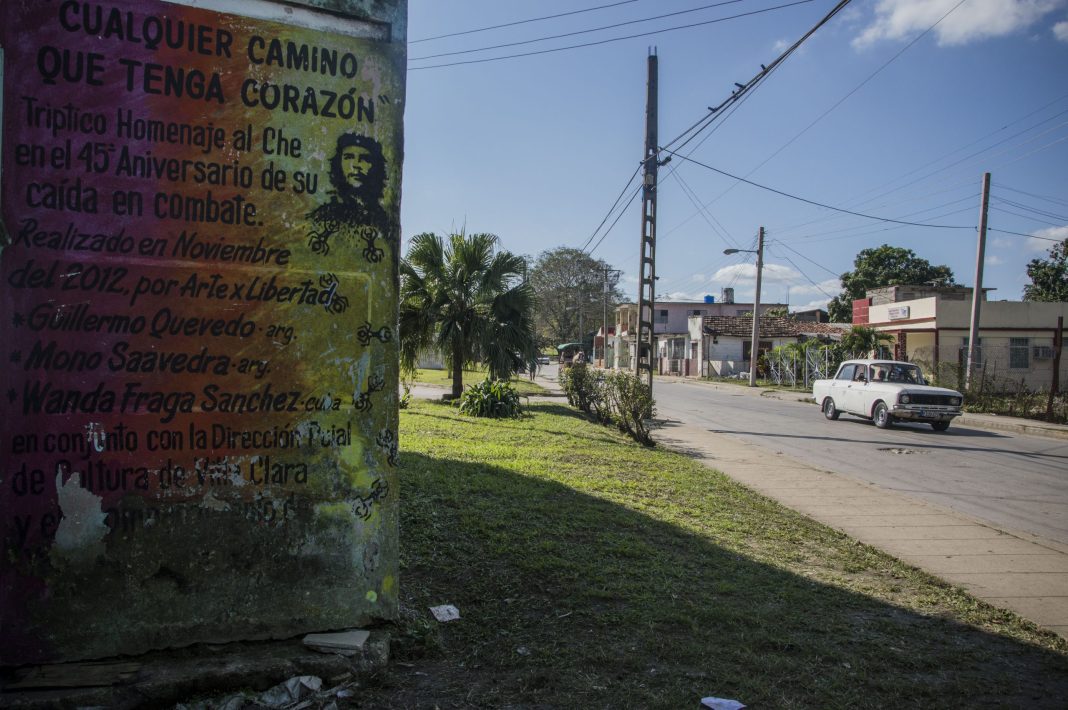 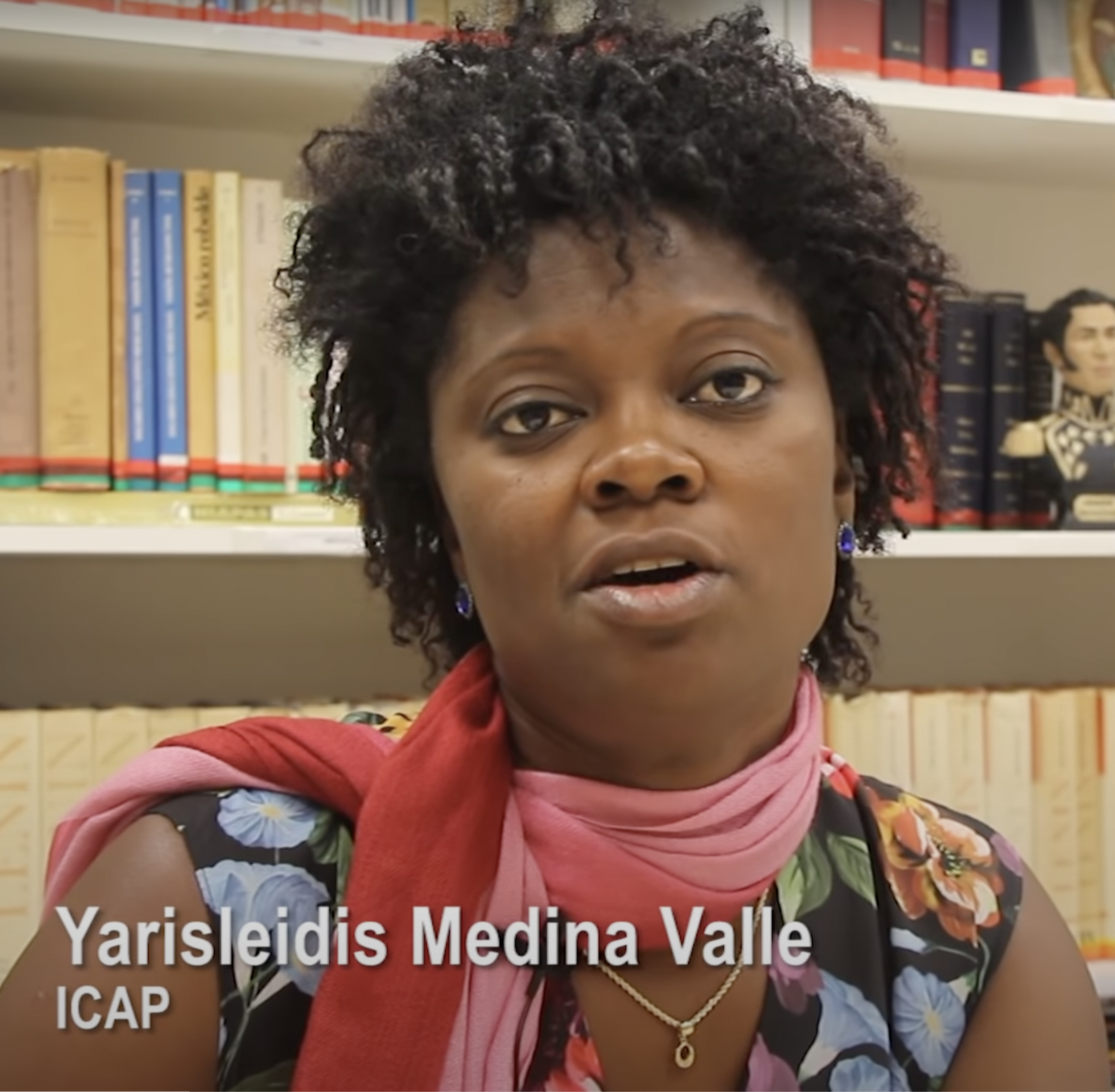 The embargo imposed on Cuba by the United States remains unbreakable but there is still a strong network of solidarity towards the Island that seems to have been invigorated by the Covid-19 Pandemic. To understand what is happening on the Caribbean Island from an economic, political and diplomatic point of view, we interviewed Dr. Yarisleidis Medina Valle* (left), of the Cuban Institute of Friendship with the Peoples, an expert in the politics of international solidarity.

What impact did the combination of US-imposed blockade and the pandemic have on Cuba?

The US-imposed blockade worsened under Trump’s mandate and prevented the arrival of life-saving medicines. Fortunately, the impact was minimised by international solidarity. Cuba received donations from expatriate Cubans and supporters amounting to some $9m. We then launched an international campaign to purchase 10 million syringes to administer vaccines, which achieved its goal.

So the solidarity that Cuba showed during the pandemic by sending doctors was reciprocated?

I would say yes. During the pandemic, Cuba sent more than 50 medical brigades to over 50 countries, but we also received aid that allowed us, among other things, to develop our vaccines. Sending our brigades during the pandemic meant that solidarity with us was stronger at this stage than in the past. I also believe that we have helped make many peoples think about the importance of having a public health system like ours.

Cuba is still waiting for its vaccines to be approved by the World Health Organisation. Which states have so far benefited from the immunisations developed in Cuba?

At the moment in Cuba, through Biocuba Farma and the Engineering and Biotechnology Centre, we have developed five vaccines. The Soberana 1, 2, plus which is a reinforcement aimed at the cured, Abdala and Manvisa. Besides immunising the island, the vaccines were sold to Iran and Venezuela. Vaccinating, from the age of two onwards, has always been a voluntary act in Cuba. We are now waiting for authorisation from the WHO that would allow us to spread our vaccine, at modest prices, to other states.

How is the current situation, from an economic point of view?

Everything that happens in Cuba must be read from the perspective of the blockade. Then there is also the increase in the price of fuel caused by the war between Russia and Ukraine. Because of the rising price and the lack of fuel, we have not been able to distribute food and we are in great difficulty. However, our difficulty stems not so much from the global situation as from the blockade. We are now in a situation similar to when the US talked about blocking fuel ships heading to the island in 2019. The impact of the covid was then disastrous on our economy, which was based on tourism. From 3million annual visitors we went down to about 800,000 this year. The recovery we expected therefore did not happen.

As an expert on international solidarity policies, do you see any positive experiences of solidarity between states taking place at the moment? How widespread is solidarity towards Cuba?

Solidarity between states is important, but it involves more the diplomatic level. What we have tried to do over the years has been to build relationships with the peoples of the world. Today, the institute where I work has relations with 1,800 organisations of solidarity with Cuba in 153 countries. Even from the diplomatic point of view, however, something is moving. At the UN vote to decide whether to suspend the blockade, 184 states were in favour, only the United States and Israel were against, and Brazil, Colombia and Ukraine abstained. We have our diplomatic offices in 130 States of the world.

How do you judge the change in the presidency of the United States and other South American countries? In your opinion, will it bring improvements for the Cuban population?

The change of direction in a more progressive direction in many Latin American countries such as Chile, Mexico, Argentina and Colombia is undoubtedly positive for us. I think it is important for the Caribbean and South America to work to defend our zone of peace, as defined in Havana in 2014. Biden’s arrival to the US presidency had generated great expectations in Cuba but so far we have not seen much improvement. There are positive signs, however. On the one hand the decision to reopen flights from the US to the island, fundamental for our tourism, and on the other the elimination of the ceiling on remittances that Cuban expatriates can send to Cuba. There are also some good intentions such as the reopening of visas to allow the reunification of emigrant families. All these measures, however, remain limited because the economic, commercial and financial blockade imposed by the United States of America more than sixty years ago remains totally intact and continues to cause great suffering among the population.