Home World America Nicaragua: the Caudillo against the church 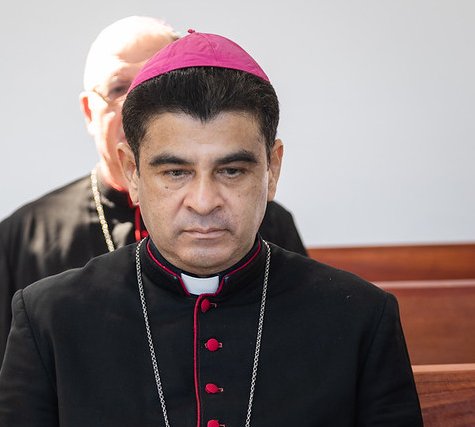 On the streets of the rural town of Matagalpa (in northern Nicaragua), the day of August 4th must have looked like a TV series in the making: Bishop Rolando Alvarez appeared, raising the monstrance and blessing on his knees the police officers guarding it. While the embarrassed officers moved further away each time, under the relentless lens of smartphones. The fact remains that the prelate was locked up for a good two weeks in the bishop’s curia without being allowed to leave or eat (along with five other priests and three seminarians) on charges of alleged ‘crimes against humanity’ and for ‘inciting hatred’. Which is one of the latest crimes invented by the very Catholic Rosario Murillo, Vice-President and consort of Daniel Ortega. Who in turn had long ago qualified clerics as terrorists.

Until the night of 19 August ,when special units picked up the prelate and transferred him under house arrest to his parents’ home in Managua, where he was visited by the current Metropolitan Archbishop Cardinal Leopoldo Brenes. While his eight associates were taken directly to the capital’s Nuevo Chipote prison. During the popular uprising of 2018, choked in blood by the Orteguista regime, Mgr Alvarez had stood up from the pulpit in defence of democratic freedoms as well as religious freedom. Since then, once the opposition parties had been wiped out and the press silenced, as well as any expression of civil society (with the closure of more than 1,400 ongs both domestic and foreign), the Ortega family clan had no choice but to target the Catholic Church, which had offered protection to the young rebels in its temples; as well as having played (in vain) a mediating role between the parties. Thus began the intimidation and raids on sacred places.

Last Sunday, after the Bishop’s sensational arrest, Pope Francis referred to Nicaragua during the Angelus expressing ‘concern and sorrow’ and receiving the immediate applause of the local episcopate. However, some of his detractors, who reproached him for his prolonged silence on the persistent harassment of the Nicaraguan church, still consider his brief statement, which did not even mention the prelate’s detention, to be far too cautious, especially as he called for “an open and sincere dialogue for a respectful and peaceful coexistence” in Nicaragua. There are those who remind the pontiff of having stated some time ago that ‘with the devil one does not dialogue …’. In this case Satan would be impersonated by President Daniel Ortega and above all by his deputy Murillo, whom some in Nicaragua nicknamed ‘the papess’: a fundamentalist Catholic who wears at least thirty rings on her fingers, each one against a different evil eye; and who, when the ‘former’ guerrilla commander returned to government in 2007, introduced for the first time in the country a law prohibiting abortion, including in cases of violation and danger to the life of the pregnant woman. He even had himself remarried to Ortega in the cathedral by Cardinal Obando y Bravo to curry favour with the then archbishop of Managua (who had been the fiercest internal enemy during the Sandinista revolution). Except then to promote the visits of fundamentalist sect preachers from the United States.

Much sharper in tone against the arrest were the condemnations that came from various Latin American and European episcopates. Even the UN Secretary General Antonio Guterres expressed his concern over ‘the serious obstruction of democratic space in Nicaragua and the recent actions against civil society and religious organisations’. The only official note of condemnation from a representative of the Holy See had come from Juan Antonio Cruz Serrano, permanent representative of the Secretariat of State to the Organisation of American States (OAS); who condemned Nicaragua by 27 votes in favour, 1 against (San Vicente), 4 abstentions (Mexico, Bolivia, El Salvador and Honduras) and the absence of Colombia and Nicaragua (as well as Venezuela and Cuba). While in the days preceding the capture of Mgr. Alvarez, the Mexican philosopher Rodrigo Guerra, secretary of the Pontifical Council for Latin America, had justified the low profile followed by Pope Francis by stating: “the pope’s silence does not mean that he is not informed about what is happening in Nicaragua; he and the Holy See work with discretion…”.

Meanwhile Mgr Alvarez, who is also apostolic administrator of Estelì, now risks forced exile as a mediation offered by the presidential couple. But the bishop, being the Nicaraguan citizen that he is, is resisting, at the risk of ending up in the dungeons of the Nuevo Chipote, where almost two hundred dissidents of the most diverse political tendencies have already been imprisoned for over a year in inhuman conditions; starting with the presidential candidates who were consequently unable to take part in last November’s electoral farce where Ortega perpetuated himself in power for the fourth consecutive time. Not to mention the fate of his other eight collaborators, meanwhile already imprisoned in the same jail while still ‘under investigation’. Who yesterday received on the social network a courageous statement of support from all the clergy of the diocese of Estelì.

In short, a complicated dilemma for the Nicaraguan Episcopal Conference, which has been very cautious since the beginning of this crisis. It was cautious again in March, when apostolic nuncio Waldemar Sommertag was expelled from the country, and once more with the recent expulsion of 18 nuns of Mother Teresa of Calcutta alongside the official closure of a dozen Catholic radio stations.

The problem is that the ecclesiastical front is divided after one of the bishops, Monsignor René Sándigo of León and Chinandega – who knows, maybe for some unmentionable blackmail – openly sided with the government. Which may explain the very timid tone of the communiqués distancing the episcopate (as well as the pontiff) from the regime; which the dissident prelate has always subscribed to. A regime that in turn, due to excessive exposure, began to register discomfort within its ranks. With Ortega relegated to the sidelines due to his ill-health; and the esoteric all-rounder Murillo, who has always been much detested within it, increasingly irrepressible. With the risk, sooner or later, of an implosion…