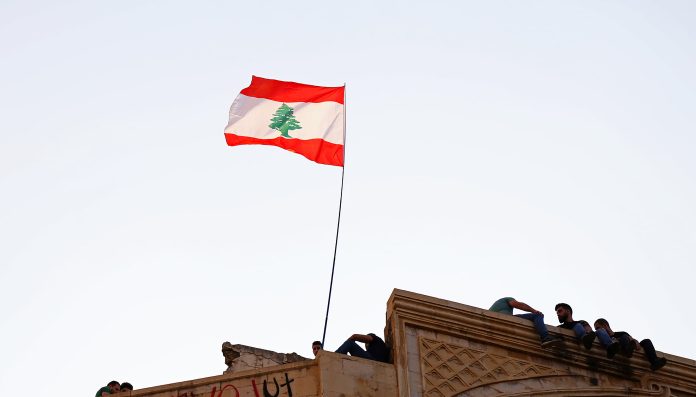 In August 2020, in the afternoon, an explosion of ammonium cargo occurred in the port of Beirut, which triggered a process of reconstruction and strong criticism and revision of a corrupt, absent and problematic system. The Forum for Development, Culture and Dialogue (FDCD), immediately moved to know the needs of citizens.

The NGO “Peace of Art” oversees the “We Rise Through Art” project founded by UNESCO. Conceived as a process of rebirth after the explosion and as an attempt to alleviate the trauma caused to the younger population. The project was extended beyond its duration, thanks to funding from a group of Japanese artists called “Prayer for Beirut”.
Through various forms of art, from music to dance through the theater, the project had positive effects on the stress of children and adolescents caused by the explosion.

The United Nations Development Program (UNDP) worked on the ground to calculate the damage caused by the explosion and to plan a future after the event. With the collaboration of engineers and volunteers, he calculated how to dispose of the waste generated by the explosion.

On February 3, 2022, the Peace of Art association on its social profile on twitter declared its participation in the “Arab Libyan Youth Forum” event for an exchange of views and growth for peace work in Arab countries.

The organization “Permanent Peace Movement” is another example of an association that works to maintain peace and create spaces for democracy and exchange within the region. Their work is not only that of peace-building, but of promoting activities that encourage cohesion and the practice of non-violence. In 2019, the NGO obtained the Consultative Status that was accredited by the Economic and Social Council (ECOSOC). During 2022, numerous initiatives were promoted by the same NGO.

Since September 2021, the association has become a partner of the Amn al Insani – Prioritizing human security project in collaboration with the organization “Un Ponte Per” thanks to donations from the Otto for Mille funds of the Italian Catholic Church. The project will end in March 2023. It is intended to help around 200 families in the Chouf and Aley Districts, with the aim of promoting food security in response to the galloping crisis that Lebanon is experiencing.

The project aims to provide skills by listening and guiding the local community in order to provide skills useful for the improvement and promotion of efficient practices. Among its primary aims is the promotion of gender equality and the inclusion of young people to combat distinctions and promote integration. The organisation promotes several seminars for various audiences.

In June 2022, with funding from KFW German Development Bank and & U.S. Department of State: Bureau of Population, Refugees, and Migration seminars were held with the aim of promoting peacekeeping and conflict resolution for achieving stability in some villages of the country through their local committees. This is promoting the involvement of young people, women, and citizens that were previously disengaging from the public life.