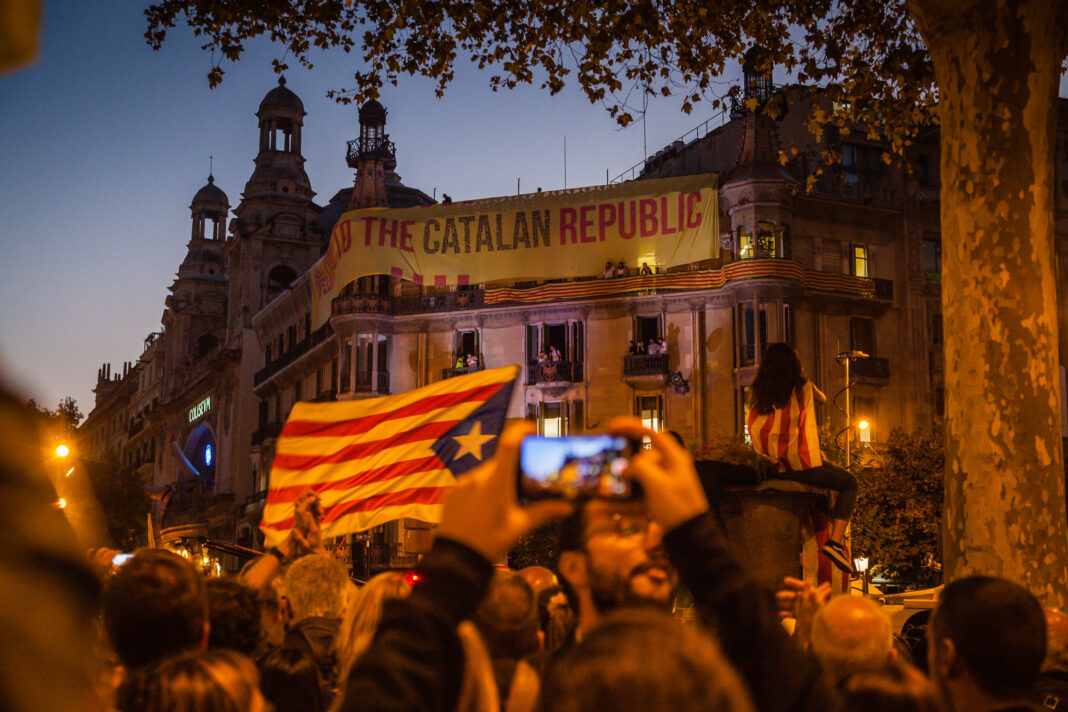 ‘It’s not over yet’: this is the motto of the demonstration called by the main Catalan civil society organisations to protest against today’s Franco-Spanish summit in the Catalan capital Barcelona, where Prime Minister Pedro Sánchez and his ministerial delegation will meet with French President Emmanuel Macron. The protest is being organised by the Catalan National Congress (ANC), the Òmnium Cultural and the Council of the Republic (CdRep). “While Sánchez wants to certify the death of the independence process, we certify that Spain is not a constitutional state,” reads the appeal.

The Barcelona meeting is a provocation for many Catalans, whose region is divided between Spain and France. Believing that he had succeeded in driving a wedge between the three parties that support independence from Spain, Socialist Prime Minister Sánchez announced in parliament in December that ‘the process is over’, referring to the independence process that had been simmering, particularly in 2017 with the referendum banned by Spain. The Republican Left (ERC), which leads a weak minority government in Catalonia, would therefore recognise the ‘constitutional framework’. According to Sánchez, within this framework any project can be defended in Spain.

While there is talk of taking to the streets, there are those who seek to bring the conflict back into the political sphere. Catalan government president Pere Aragonès, who will attend the summit, wants to reach an agreement with Madrid to lay the groundwork for Catalonia to hold a referendum on self-determination.

“It is above all a question of democracy. That is why I propose that we discuss and agree on a transparent agreement that establishes when Catalonia will again be able to exercise its right to decide and that establishes the basis and conditions for holding a referendum. A referendum in which both those who want Catalonia to be part of the Spanish state and those of us who want an independent Catalonia can defend our positions democratically,’ said Aragonès in Le Monde. The Catalan president sees today’s meeting as ‘an historic opportunity’ for the Spanish state to offer a democratic solution. He therefore stresses the importance of this referendum being recognised by all the parties involved and supported by the international community, ‘as advanced democracies do (…) and as the most fundamental values of Europeanism teach us’.

According to Aragonès, negotiations are underway that have already produced results in terms of ending the repression, citing as examples measures such as the abolition of the crime of sedition, for which several members of the Catalan government and parliament, as well as representatives of civil society, have been sentenced to a total of one hundred years in prison for making the October 2017 referendum possible.

Those who call for protests tend to think differently. For the Catalan parliamentarian Antoni Castellà, the ‘alleged dialogue’ to resolve the conflict does not really exist, because in three years there has not been a single real meeting between the Catalan and Spanish governments with an agenda and final minutes.