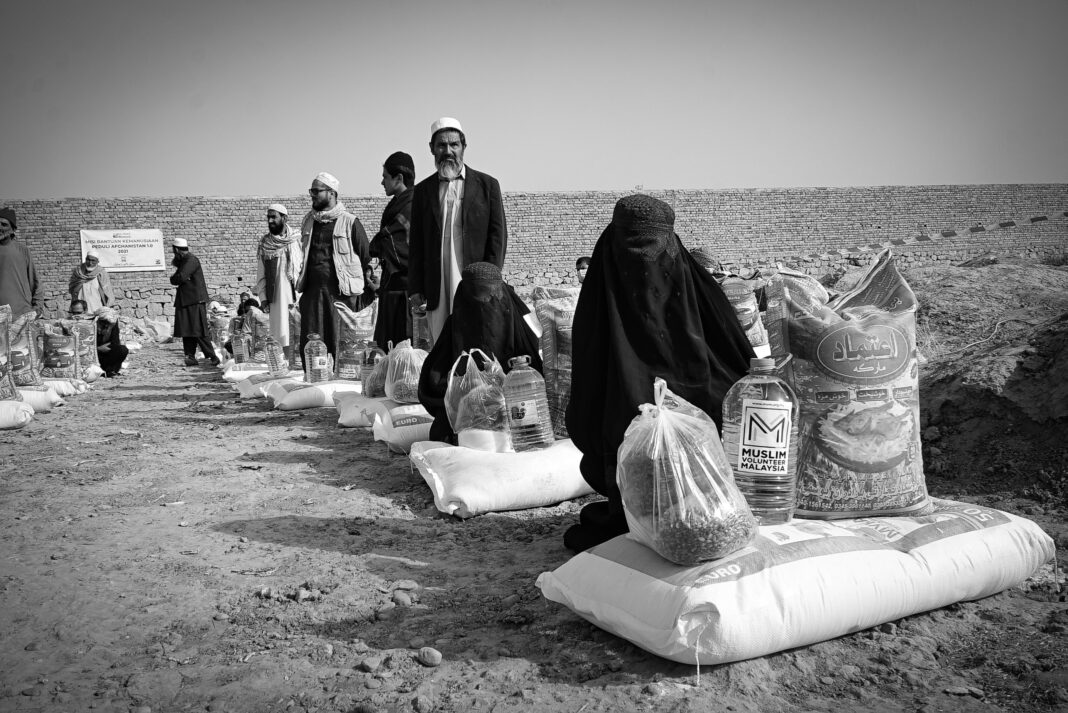 NEW YORK, Jan  2023 (IPS) – Can you imagine what it would be like if women were simply not allowed to step outside of their homes, let alone to work for a living? When women choose to do so, and they can afford it, then it is a matter of choice. When women mostly cannot, as is the case in Afghanistan now, not only is half the population imprisoned, but children go hungry, and communities sink deeper into poverty. World Bank data (as incomplete as it is), indicates that the average number of female-headed households (i.e. households where women are the primary – if not the only – breadwinners), is around 25%.

What that means is, that on average, a quarter of all households around the world depend on women earning an income. Children, families, communities, and nations –depend on women’s work, to the tune of a quarter of their labour force.

Economists are still pointing to the obvious challenges of counting female labour, which often lies disproportionately on the frontiers of the formal economy, such that women continue to serve as reserve armies of labour and frontline workers during industrialization. Economists who work to document these specificities, also point out that as soon as these frontiers expand or change, women are expelled or relegated to the shadows of the informal economy and piece-rate labour, identifying this as an all too frequent failure to recognize the importance of the kind of work many women engage in, which both keeps an economy running, and enables its expansion and growth.The Covid-19 Pandemic should have resulted in a clear realisation that all hands are necessary on deck, with so many women actually needed as first responders–the backbone of the public health crisis – everywhere in the world.

As economies take a nosedive and the realities of recession hit many of us, all economies need to be kept running, if not to expand and grow. And beyond these very real challenges to counting women’s work – and making that work count – there is another very critical reality: culture. Lest we think only of the vagaries of women who take over “men’s jobs” (whatever that means in today’s world), we need to stop being blind to the fact that women are needed to serve other women.

In fact, in many parts of the world, including the supposedly liberal and ‘egalitarian’ Western world, many women still prefer to receive life-saving direct services from other women – in public health, in sanitation, in all levels of education, in nutritional spaces, and many, many others. Now let us pause a moment and consider humanitarian disaster zones, where women and girls often need to be cared for – and this can only be done by and through other women.

Then let us envision a reality one step further – let’s call it a socially conservative country, which is facing humanitarian disaster, and is heavily dependent on international organisations (governmental and non- governmental) for the necessary humanitarian support. How is it conceivable that in such a context, women can be excluded from serving? And yet this is precisely what the Taliban have decreed on December 24, when it barred women from working in national and international NGOs. And this is after they banned women from higher education.

Many international NGOs halted their work in Afghanistan, explaining that they cannot work without their women staff – as a matter of principle, but also as a question of practical necessity. Yet, the United Nations – the premier multilateral entity – continues to see how they could compromise with the Taliban rule, for the sake of ‘the greater good – real humanitarian needs’.

Meanwhile, the Taliban claim that these edicts about womens’ work and education are a matter of religious propriety, a claim which, as of this moment, is not strongly challenged by another multilateral entity – the Organisation of Islamic Cooperation (OIC), encompassing 56 governments and members of the United Nations.

While individual governments have spoken out, this multilateral entity has remained relatively silent on the Islamic justice of such a decree. Is it because this multilateral religious entity sees no need to speak to humanitarian needs? Or is it because it sees no value to hard economic realities where women’s agency plays a central role? Or perhaps it is because there is no unanimity on the Islamic justification behind such decrees?

In light of this hostage-taking of humanitarian relief efforts, a group of women of faith leaders, have come together to ask some simple questions of the two multilateral entities involved. They have sent a letter with over 150 international NGO sign ons.

Multilateralism is supposed to be the guarantor of all human rights and dignity, for all people, at all times. But as governmental regimes weaken, so do traditional multilateral entities heavily reliant on those governments. Time for community based transnational networks based on intergenerational, multicultural, gender sensitive leaders