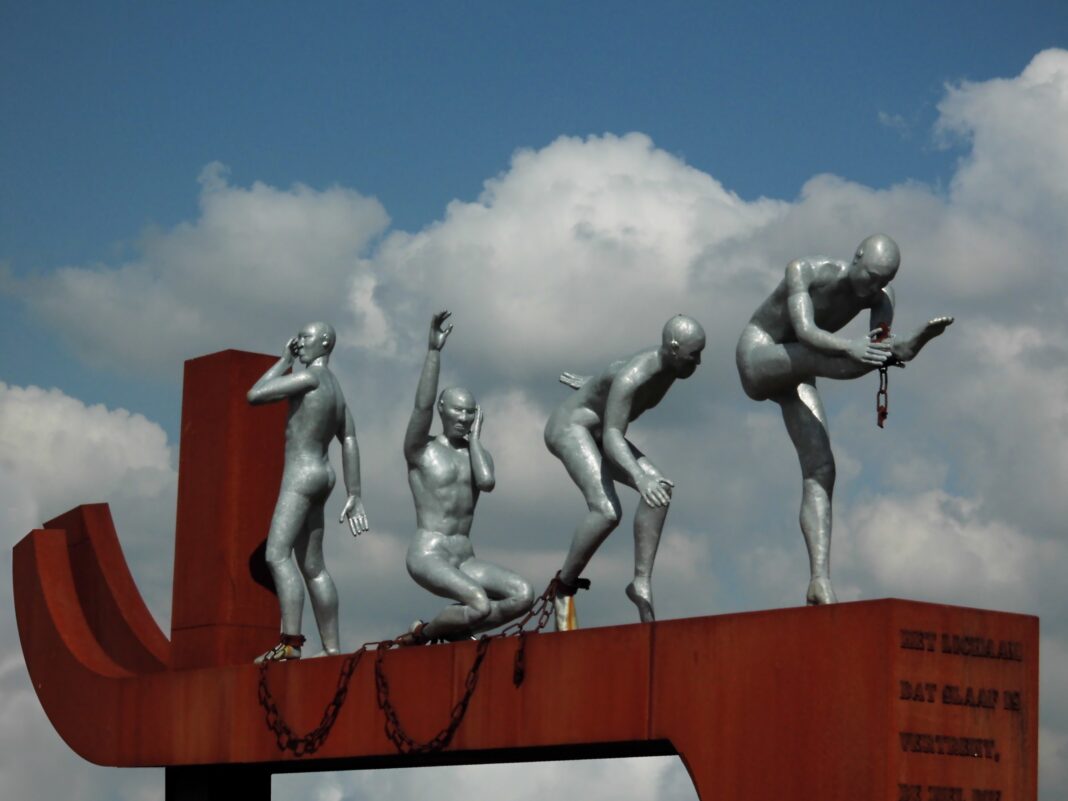 Mark Rutte chose the National Archives in The Hague for the ‘historic moment’ he had been announcing for weeks. A sober location, but also the place where one must face one’s own history. ‘For centuries, the Dutch state and its officials have allowed, encouraged, preserved and benefited from slavery,’. For centuries people were turned into ‘goods’, exploited and mistreated. Human dignity had been violated in the cruelest way under state authority. Despite this, even after the abolition of slavery, governments failed to recognise the lasting negative consequences it had. Then the decisive sentence: ‘I apologise on behalf of the Dutch government’. Rutte repeated this more succinctly in English and the languages of the former colonies.

Slavery helped finance the Dutch ‘Golden Age’, a period of prosperity due to maritime trade in the 16th and 17th centuries. The country trafficked some 600,000 Africans, mainly to South America and the Caribbean. At the height of its colonial empire, the United Provinces, now known as the Netherlands, had colonies such as Suriname, the Caribbean Island of Curaçao, South Africa and Indonesia, where the Dutch East India Company was based in the 17th century.

With his speech, Rutte responded to the report of a commission he had set up to investigate slavery. And he fulfilled much of what the commission had requested in July last year. He called slavery a ‘crime against humanity’ and promised to set up a fund for social initiatives that would give more visibility to the confrontation with history. 200 million euros are on the table. There will also be a new museum. Above all, the Prime Minister recognised that this is not only about the past. ‘Centuries of oppression and exploitation still have an impact today: in racist stereotypes, in discriminatory patterns of exclusion, in social inequality,’ Rutte said. To break with this, you have to face history openly and honestly.

The apology for the Netherlands’ involvement in the 250 years of human trafficking in former colonies was long overdue. Several ministers were sent for the occasion to seven former Caribbean colonies – Bonaire, Sint Maarten, Aruba, Curaçao, Saba and Sint Eustatius and Suriname – to ‘discuss’ the issue with the population.

The government’s willingness to apologise on Monday, leaked in the Dutch press in November, has been the subject of much controversy in the Netherlands and abroad for several weeks. Although the apology was hailed as a ‘turning point in the history of the Dutch kingdom’, the government’s lack of concrete action was lamented in Suriname. “What was completely missing in the discourse was accountability and responsibility,” Armand Zunder, chairman of the Suriname National Reparations Commission, told AFP. “We believe there should eventually be a fund that will be counted in terms of billions.”

Slavery commemoration organisations wanted an apology to be made on 1 July, the 150th anniversary of the end of slavery, at an annual celebration called ‘Keti Koti’ (breaking of chains) in Surinamese, an official holiday in the former colony of Suriname since 1955. The corresponding law had come into force in 1863 and provided for a ten-year transitional period – during which slave owners were compensated. Rutte did not grant this wish. He only agreed that King Willem-Alexander would attend the commemoration in Amsterdam. The Prime Minister of Sint Maarten, Silveria Jacobs, had told the Dutch media on Saturday that the island would not accept the Dutch apology if it was presented on Monday.

The Dutch prime minister had long expressed reservations about issuing an official apology, refusing to make an apology in June 2020, at the height of the ‘Black Lives Matter’ protests, claiming in the past that the period of slavery was too far back and that an apology would inflame tensions in a country where the extreme right remains strong, before finally changing course.