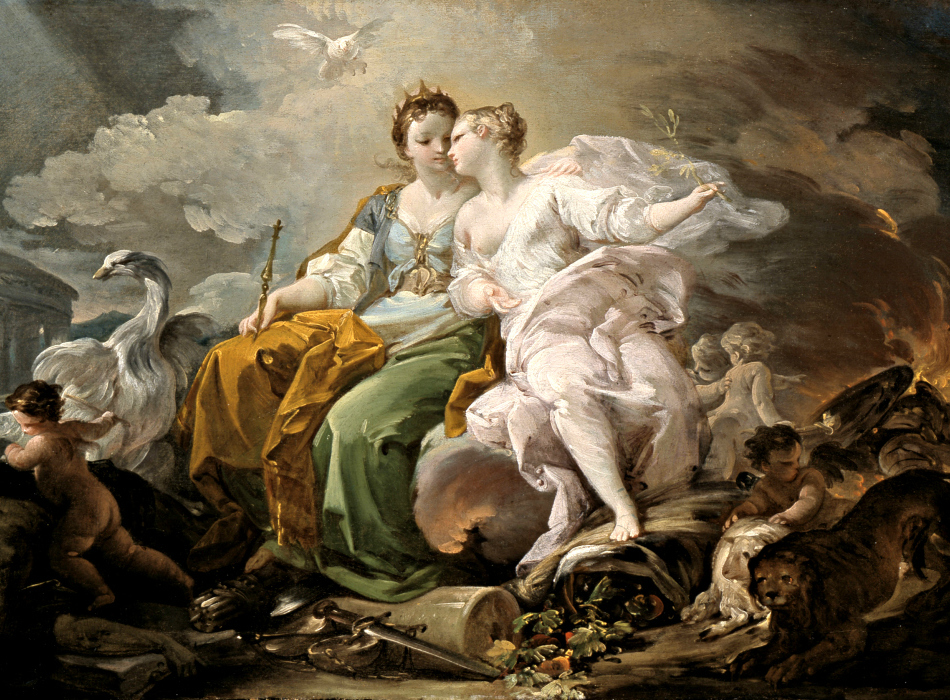 International justice first found a country guilty of the crime of aggression against another nation at the Nuremberg Trials (1945-46), where a military tribunal (set up by the United States, the Soviet Union, Great Britain and France) put the leaders of the Nazi regime on trial. Two years later, in 1948, it was the turn of the International Military Tribunal for the Far East, which tried in Tokyo the crimes committed by the Japanese Empire during the Second World War, including that of aggression against other Asian states. It was the justice of the victors over the defeated.

Seventy-four years later, it is the turn of the Russian invasion of Ukraine, and the international community is now working out how to prosecute it. Even more so after the report released on 23 September by the UN Commission of Inquiry, chaired by Erik Mose and set up in May, which denounced the bombing of civilian areas, torture, rape and sexual violence, perpetrated in this conflict even on children.

“This is a decisive moment for international criminal justice,” Carsten Stahn, lecturer in international criminal law and global justice at the University of Leiden (The Netherlands), tells the Atlas of Wars and Conflicts in the World without mincing words. We meet him in The Hague, the Dutch city that is the seat of the International Criminal Court (ICC), the first permanent global jurisdiction deputed by the UN to try individuals responsible for serious crimes affecting the world community: Professor Stahn himself has worked for the Court in the past. “This is the first time in history that the ICC is opening an office in Ukraine, directly in the field, i.e. where the crimes are taking place – Stahn recounts – receiving support from the Netherlands, from France, so that it can gather evidence with a whole forensic team. Until now, the International Criminal Court had, on the contrary, only intervened years after the events.” Behind this novelty is the new chief prosecutor of the ICC, British lawyer Karim Asad Ahmad Khan, in office since June 2021.

Khan personally travelled to Poland and Ukraine with the declared aim of ‘deepening engagement and further strengthening alliances’, which he considers ‘crucial to ascertaining responsibility for international crimes committed in Ukraine’. On 24 April, the Chief Prosecutor also signed an agreement with the attorneys general of Lithuania, Poland and Ukraine to form an investigative team ‘to facilitate investigations and prosecutions in the states concerned, as well as those that could be brought before the ICC’. Because, according to him, the court ‘has reasonable grounds to believe that crimes within the court’s jurisdiction are being committed’.

Pierpaolo Petrelli, lecturer at the O.P. Jindal Global University (India), analysed the issue in depth in the relevant academic journals. First of all, the Italian expert on international criminal law was keen to point out to the Atlas that “neither Russia nor Ukraine have ratified the Rome Statute, which gave birth to the International Criminal Court in 2002. There are currently 123 states that are members of the international institution, and where it can act, including unfortunately only two (France and the United Kingdom) of the five permanent members of the UN Security Council.” However, Petrelli specifies that “in 2014, following the well-known events of the previous year originating from the Maidan Square protests, the then Ukrainian government had submitted an ad hoc declaration on the basis of Article 12 of the Statute, accepting the jurisdiction of the ICC. Two years later, with a second declaration, the effect of the first had become retroactive to 2013 and indefinite. So much so that in 2020, the then chief prosecutor of the ICC, Fatou Bensouda, had concluded that all the criteria of the Statute for opening an investigation had been met.

Normally, the International Criminal Court operates by obtaining evidence from national authorities of crimes that have long since occurred, ‘but on the basis of what it calls “reverse complementarity” it can also collect evidence on its own and provide it in support of local prosecutions,'” explains Michael P. Scharf, commenting for us from the USA. Scharf is professor of law and dean of the prestigious Case Western Reserve University School of Law, alongside holding numerous high-profile appointments (in addition to the ICC itself, he has worked for the Cambodian Genocide Tribunal, the Iraqi High Court, the International Criminal Tribunal for Rwanda, the Tribunal for the former Yugoslavia and the Special Court for Sierra Leone).

“In Ukraine this has not been necessary so far, because the only trials so far have seen Russian soldiers pleading guilty and receiving rather high sentences for war crimes (life imprisonment, nda),” Stahn echoes his words from The Hague. “But” adds Scharf from the US, “when cases become more complicated, involving higher-level defendants, it may become important for the ICC to cooperate with the Ukrainian authorities to help them prosecute war crimes”. However, numerous doubts about lack of impartiality have been raised about this internal Ukrainian and Russian prosecution, since it is a justice exercised by one of the parties to the conflict. “I have been involved in the effort to create legislation for a Ukrainian high court for war crimes, along the lines of the anti-corruption court that came into being in 2019,” Scharf reveals to Atlas. “The goal of such action is to arrive at national courts specialising in war crimes with international advisors, observers and funding.”

Third states, if provided for in their law, could also prosecute for the conflict in Ukraine, taking advantage of the principle of universal jurisdiction, which can be implemented in the case of crimes so serious that they affect the entire world community. For the war in Syria, France, for example, has issued several arrest warrants against high-ranking officials of the Assad regime, while in Germany, the first in absentia convictions have also been achieved upon this principle. ‘It is true,’ Stahn confirms in The Hague, ‘but we are talking about five, maybe ten cases. This is therefore a limited action, with many states requiring a connection to nationality in order to exercise this principle. In other words, the perpetrator must be a resident or be under the control of the nation exercising jurisdiction,’ Stahn further emphasises, explaining the limits that relying only on State action would imply.

Then there is another, huge, problem: assuming the International Criminal Court actually comes into play in directly prosecuting, it will not be able to deal with the crime of aggression. In The Hague, Sharf dubbed it “a crime of leadership, for which it is necessary that the perpetrator be able to exercise such power as to direct the military operation of his state’. In this case, what will be judged is the invasion of Ukraine by Russian President Vladimir Putin and his military entourage. The definition and, above all, the conditions for the exercise of jurisdiction for the crime of aggression by the International Criminal Court “were unanimously adopted by the member states at the first review conference of the Rome Statute, held in Kampala in 2010, with amendments that came into force in 2018,” Italian professor Petrelli recalls from India.

But in his opinion there is a strong limitation: ‘The new article specifies that “the Court shall not exercise its jurisdiction over the crime of aggression when committed on the territory of a State that is not a party to the Statute or by its own nationals”‘. Russia thus remains out of it. As do other world powers. “Many countries are wary of the crime of aggression, as they themselves sometimes use military force to such an extent that such a crime could backfire on them in the future,” Sharf denounces from the US. Such a crime cannot therefore be prosecuted by the ICC and, in Putin’s case, at the moment not even by Ukrainian courts exercising territorial jurisdiction or those of third nations through universal jurisdiction. “A foreign head of state, unlike his own high-level officials, enjoys immunity” recalls Sharf.

Until now, the establishment of a special tribunal has always been achieved through a UN Security Council resolution (see for instance the case of the one for the former Yugoslavia). “We have entered a new Cold War: due to the frequent Russian and Chinese vetoes, as the Syrian and Ukrainian crises have most recently shown, the time is over when the Security Council can pass resolutions to condemn atrocities, create international investigative mechanisms, impose sanctions or establish tribunals,” Scharf again denounces. “Now power is shifting to the UN General Assembly,” the long-time US expert adds: “This is achieved under the precedent of the 1950 ‘Uniting for Peace’ resolution, already used last spring to condemn the Russian invasion of Ukraine. After creating an investigative mechanism for Syria, it could then be the General Assembly and not the Security Council that creates a tribunal for the crime of aggression, in cooperation with Ukraine’. But among insiders, many doubt whether, under the UN Charter, the General Assembly really has the power to establish a tribunal on its own initiative.

In an attempt to circumvent the problem, jurists and international law experts have suggested the establishment of a hybrid tribunal, ‘through an agreement between Ukraine and the UN General Assembly or alternatively with the European Parliament. But it is still unclear whether there is enough political support to set it up,’ the US professor Sharf reflects. While in The Hague, Stahn sets as a ‘first condition, that it should have comprehensive jurisdiction to examine all categories of war crimes, in addition to that of aggression’. Among the supporters of the establishment of a hybrid court is Gordon Brown, former premier of the United Kingdom. ‘We are all familiar with the accusations levelled against the British regarding war crimes in Iraq,’ Stahn concludes, referring to the Persian Gulf country invaded in 2003 by an Anglo-US-led international coalition. All this – it is worth remembering – happened without a UN green light and with the US supporting the operation with evidence that later turned out to be false. Such a recent case raises once more criticism upon the double standards of justice, advanced by the non-Western world on the Russian-Ukrainian dossier.