Home World Asia China today: an analysis ahead of the CCP’s 20th Congress 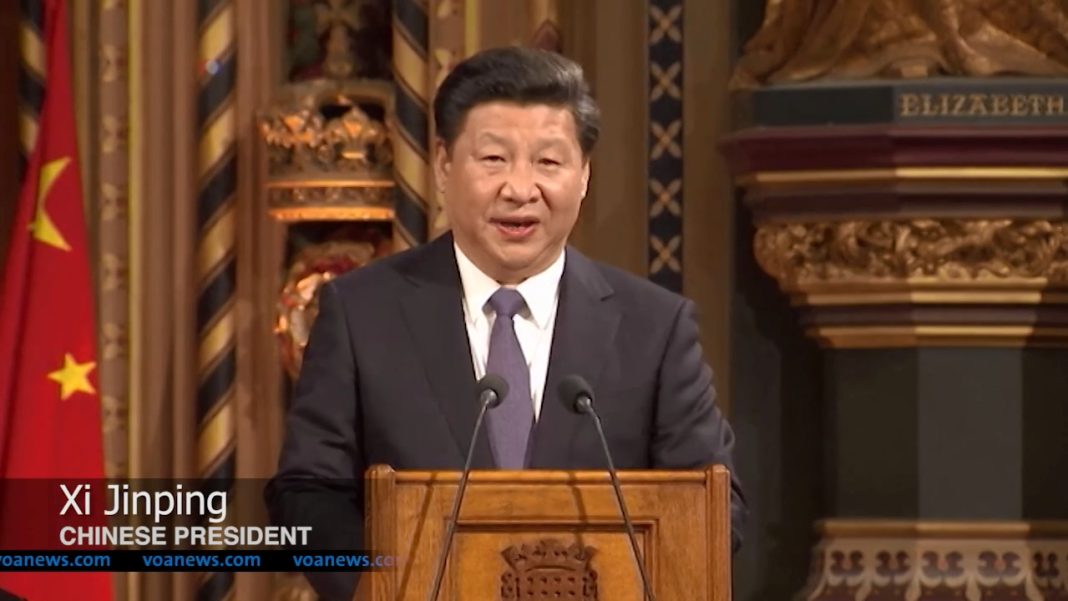 Starting on October 16th, the 20th Chinese Communist Party Congress is expected to confirm Xi Jinping as Secretary. We discussed this with Simone Dossi* (pictured below, to the right), lecturer at the Department of International, Legal and Historical Studies at the University of Milan and an expert on Chinese affairs

In light of recent events, do you think his re-election may be in doubt? 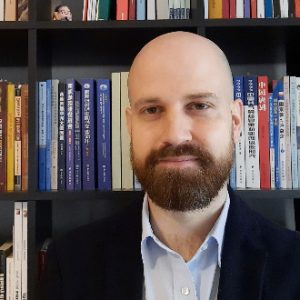 The signs in recent weeks do not seem to suggest a weakening of Xi Jinping’s position. The official media – the People’s Daily and state television above all – are reporting news about Xi’s daily activities with the usual prominence. In the same media, new columns praise the achievements since the 18th National Congress, which marked Xi’s rise to power in 2012. New publications dedicated to Xi’s thinking in various fields are publicised and circulated for study. At the same time, trials for corruption in the public security sector are closing with exemplary convictions, a success of Xi’s anti-corruption campaign. The point seems to me to be not so much whether or not Xi will be reconfirmed, but the overall structure of the new Party leadership. Will a role be given to leaders who have been ‘on the bench’ since the 18th Congress, considered close to Hu Jintao and kept under close observation over the past ten years? Or will they be skipped over to make room for a new generation, whose career has matured under Xi’s wing? Will the first steps be taken on the long road that will eventually lead to the succession to Xi, or will any choice in this regard be further postponed?

As far as the People’s Republic’s international relations are concerned, how do you see the near future, especially in relation to the war in Ukraine?

The current international context is definitely complicated for Beijing. Pressure from the US side has become more and more intense in recent years and everything suggests that this trend will intensify further. In Washington, the conviction has become firmly established among both Republicans and Democrats that the rise of China represents the main challenge to the preservation of American hegemony. Hence the trade confrontation initiated by the Trump administration, but also the Biden administration’s attempt to mobilise allies around the watchwords of democracy and security. Hence also the increasingly strong temptation in Washington to play the Taipei card against Beijing, as evidenced by the repeated forcing in recent months. In this context, the war in Ukraine further complicates the strategic calculus for Chinese decision-makers. On the one hand, Moscow represents an essential shore in the face of the pressure exerted by Washington: a shore that Beijing cannot afford to lose, if only because the collapse of Russia would allow Washington to focus its own energies (and, probably, those of its allies) on China. On the other hand, the Russian invasion of Ukraine violates those same principles of territorial integrity and sovereignty on which Beijing has always based its claim to Taiwan, creating a dangerous short-circuit. Hence the cautious and apparently reserved position that China has held since the start of hostilities, on the one hand reaffirming in the abstract the principles of sovereignty and territorial integrity enshrined in the United Nations Charter, and on the other recalling the principle of the indivisibility of security, i.e. the need to take Russia’s security interests into due consideration.

What about the Taiwan issue: Do you think Beijing’s will is to achieve a de facto annexation? And if so, when?

On this aspect, it will be interesting to read the conference documents to find out about any new developments. As things stand, Beijing’s official policy remains substantially unchanged, as evidenced by the White Paper published this summer, in the midst of the crisis triggered by Pelosi’s visit to Taipei. It is the policy summed up in the official formula ‘peaceful reunification, one country two systems’: Taiwan’s reunification with mainland China is an essential Beijing interest and as such non-negotiable; the goal is to achieve reunification by peaceful means, but Beijing does not exclude the use of force should this prove unavoidable for reunification. Since the mid-1990s, Beijing has responded to independence drives on the island with a strategy of deterrence, i.e. threatening to use force to dissuade Taipei from proclaiming formal independence and Washington from supporting such steps.

The military manoeuvres conducted by the Chinese Armed Forces this summer should be read in this sense. Pelosi’s visit, interpreted in Beijing as an unprecedented provocation, was responded to by intensifying military pressure on the island, to remind everyone – Taipei, Washington, allies in the region – that national reunification remains a non-negotiable interest. However, this summer’s crisis also suggests that Beijing is making some adjustments in its toolbox. Prominent Chinese observers have observed how to the American ‘salami slicing’ – ever closer relations with Taipei, one salami slice after another – Beijing should respond with an opposite ‘salami slicing’ aimed at strengthening the prospect of national reunification. One could read in this perspective the overcoming of certain constraints in the conduct of military manoeuvres by the Chinese Armed Forces: self-imposed constraints that have been respected for decades, in particular the median line limit in the Straits. In short, Pelosi’s visit may have offered the right for Beijing to increase the pressure on the Democratic Progressive Party government in Taipei, shelving some of the constraints observed in the past. As things stand, the option of forced reunification is in any case the last resort, due to the prohibitive costs it would have from a military point of view (as the war in Ukraine confirms), but also from a political and moral point of view.

Does the deceleration of China’s economic growth threaten to undermine the political and social model that brought it to be such an influential global power? And is this attributable only to external events, or does it reflect an internal crisis?

I believe that the pandemic containment policies are having a formidable impact. The restrictions put in place to reduce contagion to zero, with repeated closures of large urban centres, strong disincentives to internal mobility, and drastic restrictions on international mobility, have had and continue to have heavy economic repercussions. That the political leadership is willing to accept these setbacks is not surprising. It is consistent with the mantra of Chinese policy since the early 1990s: wending yadao yiqie, stability first. And in this case, the goal of stability over the chaos that a large-scale spread of the virus could generate overshadows the goals of economic growth. Of course, one has to wonder how much longer this calculus will remain intact, in the face of tightening restrictions in most of the rest of the world. And one wonders above all how the Chinese authorities will be able to backtrack, given the strong association of current policies with the figure of Xi. From this point of view too, Congress will have to be watched closely.

To the best of your knowledge, how does Chinese dissent look like today? What are its consistency and relevance?

Since 2012, the repression of dissent has intensified in every sphere, particularly in the world of culture, the media, and in civil society associations. In China’s long history, phases of greater tolerance for internal dissent have alternated – sometimes gradually, sometimes abruptly – with phases of repressive clampdown. The phase initiated with the 18th Congress is undoubtedly a phase of repressive tightening. This is also as a result of the process of centralisation of power within the Party, carried out with a vast anti-corruption campaign that, in addition to pursuing objectives of countering the objective corruption existing in the Party and State, has represented a formidable instrument of political discipline. The contraction of pluralism within the Party in turn reduced the space for external dissent, which precisely from pluralism within the Party had at other stages drawn precarious political cover.

Simone Dossi is Associate Professor of International Relations at the State University of Milan, where he teaches International Relations of East Asia. His research interests focus on the foreign and security policy of the People’s Republic of China and on relations between Italy and China. He is the author of the book Rotte cinesi. Maritime Theatres and Military Doctrine (Università Bocconi Editore, 2014).

Cover image: Xi Jinping in 2015 during a visit to the British Parliament (Wikicommons).
In the article: Simone Dossi