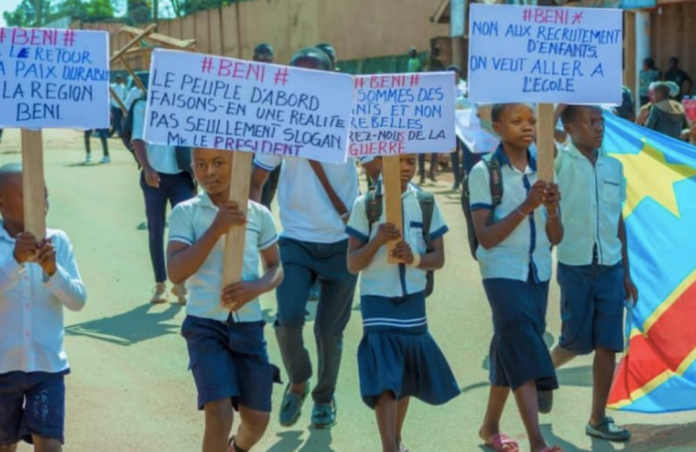 North Kivu is a northeastern region of the Democratic Republic of the Congo, an area that has been unstable for years now, mainly due to the many riches present in the subsoil. The people of North Kivu are exasperated with the armed groups raging in the region, and with constantly living in insecurity. For this reason, civil society – despite the demonstrations being banned by the governor of the province – launched a rally on April 5th, 2021 to ensure that the government of Kinshasa takes action towards the

The demonstrations called for the dismantling of the UN peacekeeping mission (MONUSCO) present in the area for more than 20 years, and mainly judged as ineffective both by the local population and by international observers. According to the LUCHA (Lutte pour le Changement) movement, the Congolese state had and must exercise its prerogatives also through a better use of the army, instead of hiding behind the MONUSCO. LUCHA is a non-violent and non-partisan youth civil society movement founded in June 2012 in Goma, the capital of North Kivu.

In addition to the protests taking place in the region, peaceful demonstrations lead by students had also taken places, in an attempt to raise awareness of the constant insecurity that population faced in the region. On April 21, 2021, about 500 primary and secondary school students gathered at the town hall in the center of Beni in a silent but organized sit-in. This was the biggest youth protest that has ever taken place in the North Kivu region.
Exasperated by the lack of interventions by the institutions, the students of the Beni region had asked, in an open letter addressed to the president Félix Tshisekedi, for the head of state to intervene to help the population of Beni, within 72 hours. 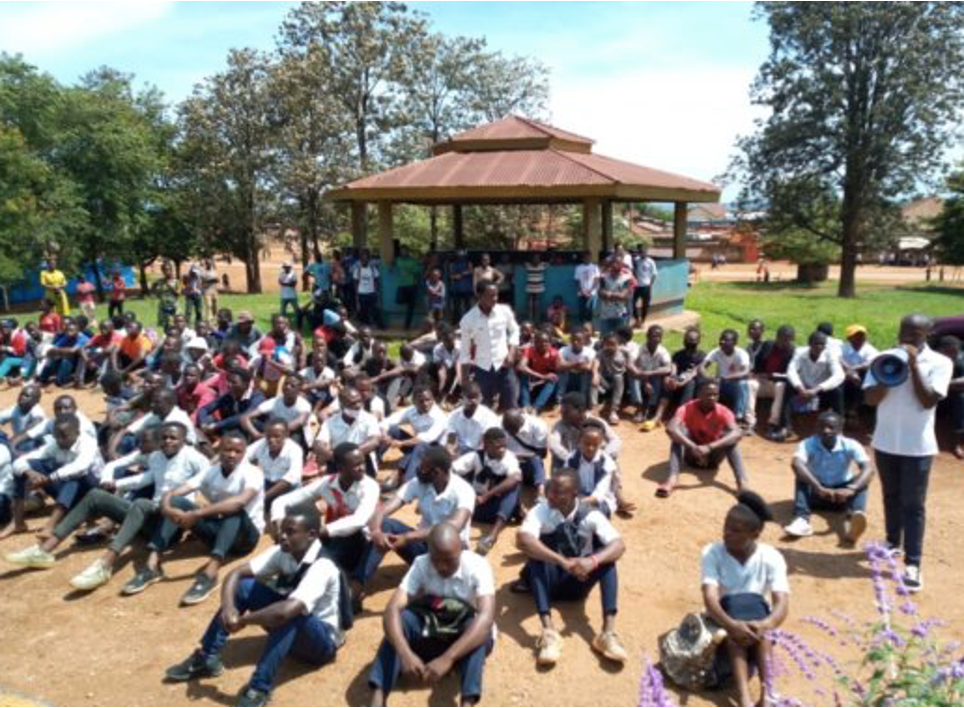 After the deadline, on April 21, the students marched peacefully towards the town hall of Beni. The goal was to denounce the continuing violence against the population in a territory prey to over 100 armed groups, stating that they would not come back to school and to taking lessons until the President intervened on the territory.

Dressed in school clothes, for over a week they were sitting on the ground during the day and they were sleeping outdoors on mattresses and chairs at night. Among the demonstrators were even children under 10 years old, some of them orphans, mainly due of the conflicts between militias that riddles the region. The other students manifesting claimed to have the authorisation and support of their parents. 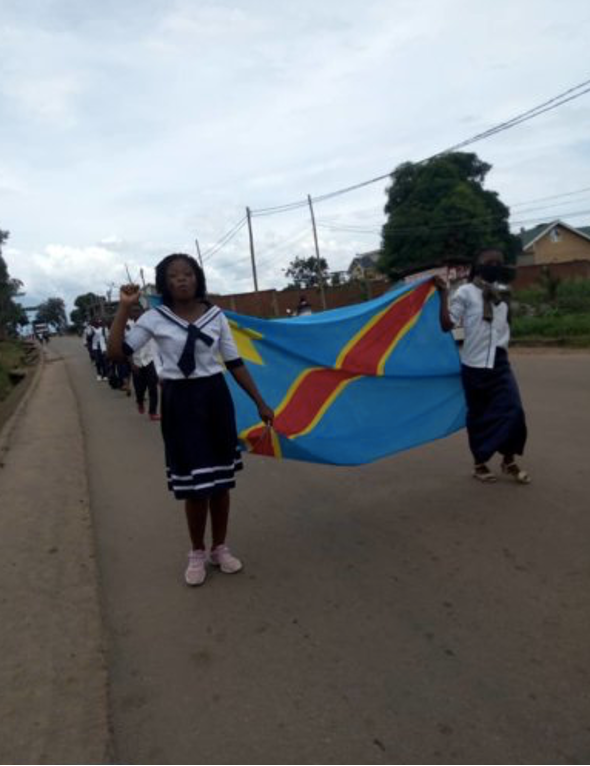 Despite the determination of the youth and the children, the movement failed to get any attention. Faced with this situation, the mothers also decided to mobilise and marched to Beni to support their children and to ask for peace in their City and Region. The rally was blocked by the police through the use of weapons, and as a witness on the scene explains to the journal “La libre Afrique“: “The women’s demonstration was dispersed by the police, who did not hesitate to use real bullets on us”.

The government then responded to the students’ peaceful demonstrations with violence, even arresting some of the students. Sixty-nine children spent the night from 29 to 30 April 2021 behind bars in the Beni prison. In response to the authorities’ actions, the students of Oicha (the capital of the territory of Beni, located about twenty kilometers from Beni) also took part in the demonstrations in support of their comrades in the search for peace and the end of impunity.On arriving in Beni, the Oicha students were also immediately arrested and taken to the police station. The students were taken to juvenile detention, and that included fourteen young women.

The Youth once again showed strength and determination, peaceful protesting for what they believe in and for what is right, without giving up in the face of difficulties, and being ready even to face detention. Those who had managed to escape the police the first time still returned to demonstrate for their friends, and the other students rushed from another city to support their comrades.

While this story ended dramatically, once again with police violence and a leading class ignoring the calls for better governance, the resilience and solidarity of the Congolese youth gives us hope for a better future.

All the images in this article belong to LUCHA.
Credit to the authors.