Home Editorials Putin’s victory is the hysteria of war 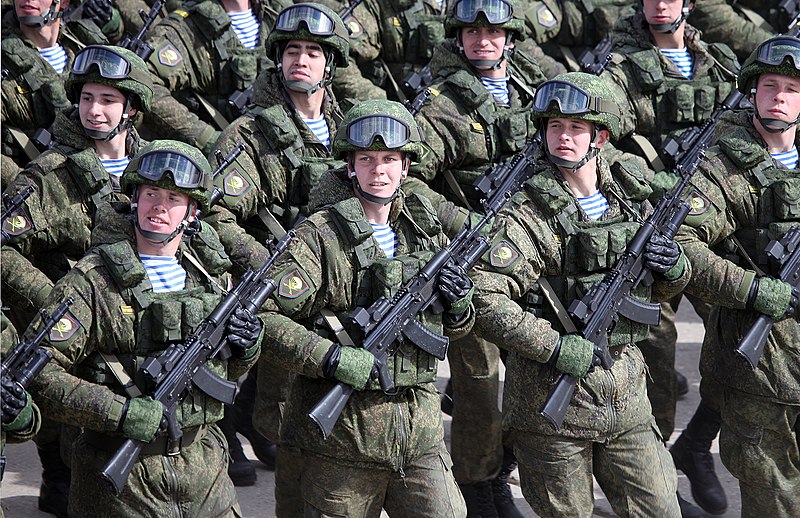 The editorial from our Director, Raffaele Crocco.

Analyses and considerations aside, is the fact that one goes to war if it suits them. Otherwise one avoids it, because war is one of those unpredictable things, in which the guarantee of having military superiority is no guarantee of victory. At least if we are talking about conventional, not nuclear, war. The United States learned this in Vietnam and Afghanistan. The Russians learned this in Afghanistan and, in part, in Chechnya.

If this is true – and it is, in terms of analysis – the question is: why should Putin go to war? For what reason? He got what he wanted a long time ago.

Ukraine, for the next twenty years and until the war – there already is one – in the Donbass is not resolved, will not be able, in any case, to enter NATO, due to the absence of requirements. Georgia is in the same condition. Any enlargement of the Alliance, therefore, is pure theory, an extreme game of fantasy. The borders between Russia and NATO are the same as they are now and will remain so for a while, a factor that is fundamental to the Kremlin leader. At the same time, Putin has closed a deal with the US’s great rival, China. This agreement will allow him to strengthen himself economically and focus on the future. The future is called the Arctic Route: this is the naval and commercial route that is opening up thanks to the melting of the ice and which will make it possible to transport goods faster and cheaper by passing northwards through the Arctic Sea, practically always in front of Russia.

Look at the map: the Panama and Suez canals will suddenly become old. In order to reach Europe – which remains the world’s largest and richest market – China will have to pass through the North, with the help of its friend Russia. For the United States, this will be a very hard blow, for Russia, the possibility of controlling simple and fundamental routes.

In this situation, with international prestige restored and the world repositioned, why should Putin go to war? Why shouldn’t we instead simply believe the fact that the invasion of Ukraine was never really planned? Why should we not believe the withdrawal of troops, especially if this withdrawal is – trivially – the end of a long exercise?
War can also be stopped at the edge of its explosion, by using logic and keeping one’s nerve. The United States’ constant cry of for imminent war sounds like the hysterical cry of someone who knows they have lost their position and prestige. Let us not forget that Washington has already dragged the world into war with lies over the last twenty years. We have occupied Afghanistan by telling ourselves that the Taliban, together with Osama bin Laden, were responsible for the attacks on the New York towers. We have been occupying Iraq for almost twenty years, because the US secret services said it had chemical weapons: it was not true….

Now we are at the new hysteria. Let’s not fall for it. It’s not about thinking Putin is better or ‘good’. It’s about realising that Putin is not stupid, and it doesn’t suit him to go to war. It is a question of listening to what, for example, the Ukrainian Catholic Church says through the Bishop of Kiev, Vitalii Kryvytskyi: “While on the one hand we do not see political reasons to start a war, there are already those who claim that the war has already begun, even though they may be the same media that a year or two ago denied that there was a conflict in Ukraine that actually began eight years ago”. In short, let us inform ourselves better and more clearly. Perhaps this way we will help the Ukrainian people much more and much better.