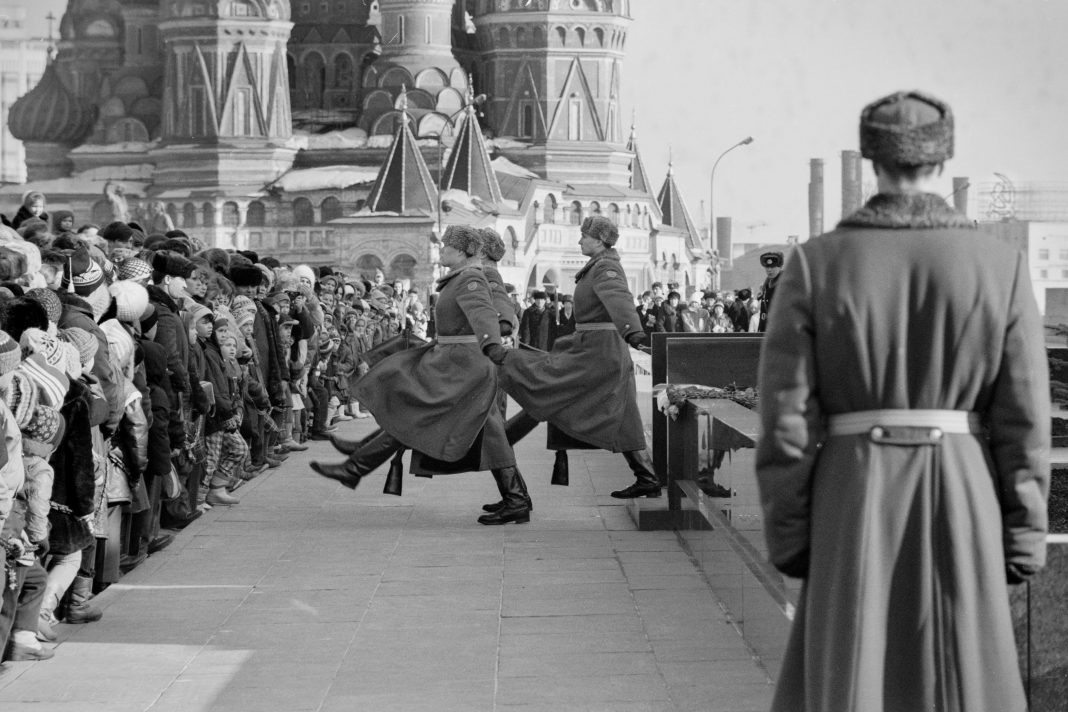 The editorial by our project founder and director, Raffaele Crocco, on the May 9th “Victory Day” celebrations in Russia.

One image remains as most striking when thinking about the May 9th 2022 celebration in Moscow. It is Putin paying homage to the fallen Ukrainian soldiers of the Great Patriotic War, putting flower crowns on the tombstone dedicated to Kyiv, the capital of the current enemy. He honours the Ukrainians who died fighting Nazism, considering them heroes in the same way as the young Russians occupying Ukraine in recent weeks.

A bad image. It is hypocrisy in power, the horror of history bent to one’s own interests. All this emerges in full there, in a gesture. A gesture that is also undersized, modest, and below expectations. We were waiting for the great Putinian revelation. The whole world had been bracing for impact of what had been announced to be a deadly ‘hammer blow’ from the Kremlin leader. The end of the Planet seemed at hand. But no: two flowers on the tombstone, the usual rhetoric of liberation from Nazism, threats to a West that wants to suffocate Greater Russia.

9 May 2022 established that, beyond any reasonable doubt, Putin has nowhere to go.
We got the impression of this from the course of military operations. It is difficult to really understand what the objective of this ‘Special Operation’ that began on 24 February is. The Russian military may be trying to isolate Ukraine from the sea, but it could also possibly want to create a corridor of continuity between Crimea and Donbas. Or, it might want to topple Zelensky, a plan that seems to be at the root of it all.

We are all looking at a big foggy buth. An uncertainty which we also find whole in the vagueness of the Russian position at the negotiating table, i.e. in the demands Moscow makes. The Kremlin keeps talking about the ‘denazification’ of Ukraine: a vague objective, which sounds only and trivially like a confirmation of the non-recognition of the Zelensky government’s legitimacy. And while Kyiv reiterates to the world that its goal is to safeguard its territorial integrity and Zelensky constantly asks Putin for direct negotiations, Moscow continues to turn a deaf ear, sending the demands back to the sender without replying.

The hooey of this senseless war – all wars are senseless – has found its certification in the celebrations of 9 May 2022. Putin wanted it to be the day of the ‘second patriotic victory’. It was only the day of the rhetoric of a confused leader chasing internal consensus. A leader who is all the more dangerous for this: Putin just wants to come out of this as the victor. He may not bow to the logic of a failed war and an economy on its knees. And the tailspin could be terrible.