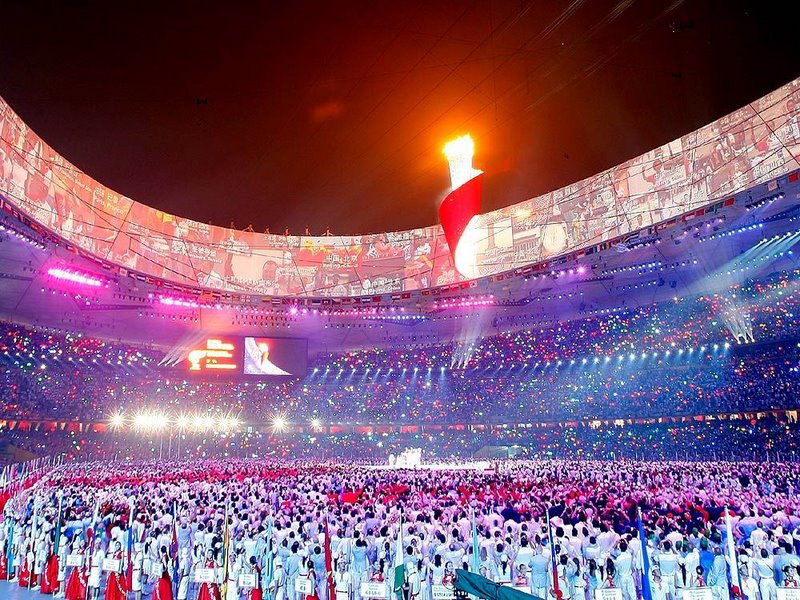 by our Director, Raffaele Crocco.

South Korea 2018. Tokyo 2020 – effectively, 2021. Now Beijing, 2022: it is not at all strange that the Olympic Games have taken the road to the East. It is the third consecutive Olympics in Asia, and this does not appear causal. Economic, cultural, demographic and military data have been pointing out for some time that the continent is going back to where history has always wanted it: at the top, in the first place.

The Chinese locomotive is driving the economies of all the surrounding countries, and Japan continues to be one of the planet’s industrial powers. With all the contradictions that we Europeans can see – few or no rights, stuttering democracies at best, poorly distributed wealth – Asia is the protagonist in dictating the rules of the world. The Olympics – after the very brief season of the emerging countries that used them to seize the limelight and economic opportunities – have once again become the showcase of world powers, the megaphone of those who want to show everyone that they are the best.
In the end, and in peace with Baron De Coubertin, this is the Olympic spirit: you go to win, not to participate. And even the organisers want to win, especially China. In spite of everything.

Digesting the toad of the Taiwanese Olympic team present at the opening and closing ceremonies at the express invitation of the International Olympic Committee. Yes, because unlike the United Nations, which have excluded Taiwan from their assembly since 1971 to make room for the People’s Republic of China, international sport recognises the island as an independent state. A diplomatic short circuit that irritates Beijing.

Just as certainly the Chinese government does not like accusations of not respecting human rights: the Tokyo parliament just a few days ago approved a resolution denouncing the “serious human rights situation” and announced that it would not send a government delegation to the opening ceremony. The United States, Australia, New Zealand and Great Britain will also not be sending diplomatic representatives, again to denounce Beijing’s behaviour towards Uighur Muslims in Xinjiang and the repression of opposition in Tibet and Hong Kong.

Small road bumps in the Chinese vision. President Xi Jinping celebrates China’s sporting power to remind the world of his country’s economic, political and military might. It is no coincidence that Vladimir Putin is at his side, consolidating the Beijing-Moscow axis against the Old West. The world is once again bipolar, broken for the long term by the split between the West – the United States, old and new Europe, the Anglo-Saxon Pacific – and the East – Russia and Asia – with the exclusion of Japan.

These Olympic Games, with their baggage of tensions and injustices, seem to be reshaping the planet. The pandemic has brought the economies of entire continents such as Africa and Central Asia to a standstill, reigniting the fuse of coups and street unrest. The virus has created new breaches, new hypotheses of penetration by the richest countries into the poorest ones, widening the gap between those who detain all the wealth and those who do not. In Ukraine, Russia is openly challenging the US and Europe to regain a leading role. In the China Sea, Beijing is flexing its muscles and flying its fighter planes to test the reactions of its adversaries.

Under these conditions, Beijing 2022 will not be an “Olympic truce” game. They will not be two weeks in which to ask, as a romantic tradition would have it, for the war to stop, for the world to reflect in the name of “brotherhood in sport”. It will be just another round of the challenge: all the players at the table are in a hurry. They all want to decide quickly who is in charge of the planet.