Home World Europe Building a wall: the new barrier between Poland and Belarus 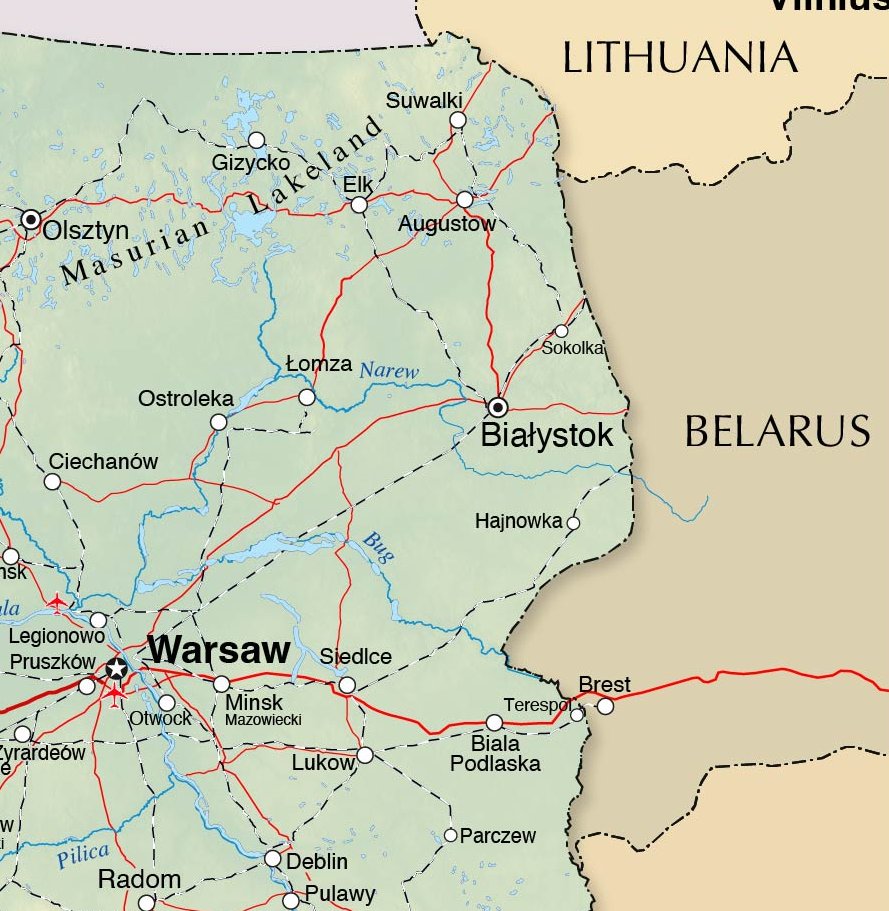 On 25 January, work began on the construction of a wall on the border with Belarus, which is to replace the existing barbed wire fence to stem the flow of migrants to Poland. Last October, the Polish government announced the construction of the wall, and the project was confirmed on 4 January at a press conference attended by Wioleta Gorzkowska, head of the Border Guard, and Mariusz Kaminski, Polish Prime Minister (pictured here to the right).

The project involves several companies: Polimex-Mostostal SA, Mostostal Siedlce Spółka z oo and Węglokos SA will build the five-metre-high steel spans, while Budimex, Unibep S.A. and Budrex sp.z o.o. were contracted by the Border Guard to carry out the work. In order to minimise time, the wall will be built in four segments that will be joined two by two in two sections 100 and 80 km long. The start of the work has also triggered protests by local activists who gathered on 26 January in front of the municipality of Hajnowka, which is about 10 km from the Belarusian border.

Wioleta Gorzkowska said that the construction of the wall is an absolutely necessary and urgent matter, given the figures of attempts to cross the border. In fact, as early as 2 September 2021, the government had declared a state of emergency for a strip of about 3 km, in which journalists and humanitarian aid were denied entry, at the discretion of the Border Guard. At the beginning of January, Médecins Sans Frontières also announced in a statement that it had withdrawn from the country after receiving numerous bans from the Border Guard. Attempts to enter the European Union from the Polish-Belarusian border increased dramatically in June 2021. The total number of illegal attempts to cross Europe’s eastern border increased from 677 in 2020 to 7915 in 2021 (Frontex). It should be specified that the number of attempts is not indicative of the number of people along that border, as each person might have tried to enter several times.

According to several sources (see BBC here), this increase might have been caused voluntarily by the government in Minsk to put pressure on the European Union following the sanctions imposed on it. President Lukashenko stated the possibility that the migrants were helped to reach the Polish border. In fact, several of them, mainly from Iraq, Afghanistan and Syria, are said to have reached Minsk by air with false visas. It appears that the Belarusian government has orchestrated a network of tourist agencies, airlines and smugglers to allow these people to reach the border in order to put pressure on Europe.