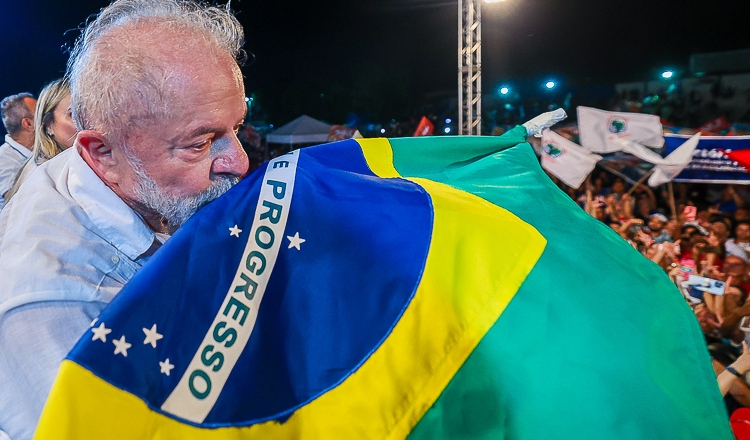 On Sunday 1 January 2023, Luiz Inácio Lula da Silva, 77, was sworn in, picking up the baton from Jair Bolsonaro. Lula received the presidential sash, accompanied by his wife Rosangela, indigenous leader Raoni Metuktire and other community leaders. He was greeted by a crowd of his Workers’ Party supporters, dressed in red, still celebrating after New Year’s Eve. “Love has conquered hate. Long live Brazil!” shouted the new president, being sworn in for the third time in his life, after two consecutive terms between 2003 and 2010. ‘It is in no one’s interest for our country to be in a constant state of turmoil,’ Lula said, urging citizens to rebuild friendships destroyed by years of hate speech and lies. ‘There are not two Brazils. We are one people’. Rosa Amorim, 26, a Workers’ Party deputy from the state of Pernambuco, exulted. ‘Today Brazil can be confident. Lula is the dream of a Brazil for all!” she declared. The young woman – who formerly led the Landless Workers Movement – was one of 300,000 supporters of the president who came to Brasilia to attend the free concerts before and after the ceremony.

Jair Bolsonaro, his predecessor, did not attend the inauguration. He was already in Florida, having left the country on Friday 30 December. During the inauguration of the new president, a man in possession of a knife and explosives was stopped by military police at the entrance to the area where the inauguration ceremony was taking place. The man was intercepted as a result of searches carried out on all participants of the celebrations. During his inauguration speech, Lula focused on growing inequality, pointing out that 5 per cent of Brazilian citizens have the same income as the remaining 95 per cent. He also reiterated his intention to be the president of all Brazilians, and that his government will include all political parties. His vice president, Geraldo Alckmin, is a former conservative governor, while his cabinet includes nine parties from across the political spectrum.

Among the 37 ministers, several are women: Marina Silva (Environment), Simone Tebet (Planning) and Ana Moser (Sport) join Fernando Haddad (Finance), Rui Costa (Civil House) and José Múcio Monteiro (Defence). On 29 December, Lula had submitted 16 names, after negotiations lasting up to three days, to make room for MDB, União Brasil and PSD. This way, he seeks to secure a support base in Congress. Lula’s third term will begin with a record number of women in the ministerial team. A total of 11 women have been confirmed, surpassing the previous record held by Dilma Rousseff (PT), who took office in 2011 with nine female ministers.

Wellington Dias Wellington Dias (PT), former governor of Piauí for four terms, won the dispute with Simone Tebet for Social Development. He had been considered for the Planning portfolio after heading the negotiations for the 2023 budget. Dias was in charge of presenting Lula with the proposals deposited in the Senate for Bolsa Família, the Lula government’s aid programme. The new president promised to reinforce the money transfers initiated during his previous term, while strengthening social programmes, public education and the health system. He reminded lawmakers that 20 years ago, after his first victory, he said his life mission was that every Brazilian should be able to eat three meals a day. ‘The fact that today he has to repeat that commitment, in the face of the growth of misery and hunger – which we had once overcome – is the most serious symptom of the devastation of recent years,’ he noted. His priority now, he said, will be to save 33 million Brazilians from hunger and 100 million from poverty.

After the ceremony, Lula signed his first few decrees. The first one is guaranteeing 600 Brazilian reais per month (USD 120) for the 21 million poorest Brazilians. Other measures restricted arms sales, which had been relaxed under Bolsonaro, and pledged to reduce deforestation, a long-standing problem under both Lula and Bolsonaro. The surprise vice-president is Geraldo Alckmin is an old-school centre-right figure: he was previously governor of São Paulo from 2001 to 2006 and then again from 2011 to 2018, the longest term in that state since the end of the military dictatorship in Brazil. He was the candidate of the Brazilian Social Democracy Party (PSDB) in the 2018 Brazilian presidential elections, when he came fourth, and in the 2006 Brazilian presidential elections, when he came second, losing in the runoff to then-President Lula, and voted in favour of Rousseff’s impeachment in 2016.